FULL METAL HARDCORE: THE BEST OF TIMES IN PHILIPPINE ADVERTISING 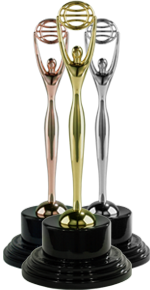 Fidel Ramos has just turned around our economy and made the Philippines one of Asia's emerging tigers. The last Southeast Asian nation to land on the list, where Singapore, Thailand, Malaysia and Indonesia yearly registered an average 8% growth, was at last, ready to show the world.

Sadly, it was short-lived.

The 1997 Asian financial bummer rained on our parade and fell on a country long wanting to take-off. "Thankfully", the dark clouds also hovered across the region, casting a spectre of gloom over the big cats' lair. The mighty proud, roaring tigers, unvulnerable for many years, faded into their dens, retreated all defanged.

Nipped in the bud, the cub's grand debut to the elite Tiger Club resounded to a screeching halt.

Indonesia's story was replete with hair-raising parallelisms to ours. An 8% regular on the GNP scale and which has replaced the Philippines as America's Most Favored Nation in SEA, the world's biggest archipelago suffered the biggest reversal of fortune.

The rupiah plummeted to its worst devaluation abyss and the country thrown into a maelstrom littered with riots, bombings and ethnic violence. Chaos became the order of the day and when the epic saga came to an end, the world's fourth most populous country eventually saw the unseating of its long-time dictator.

Thailand unloaded its secret treasure largesse, its citizens volunteered to peddle their gold excesses to resuscitate an economy gone haywire and went back to basics. Surmounting the crisis was in the national consciousness of a population not wanting to pass the blame on anyone.

That consciousness also gave birth to a creative brand that is unmistakeably, uniquely Thai. Today, we all know that it is a Thai franchise embedded in prestigious award books, honored in global annuals and imprinted in creative people's minds.

He ain't called Mohamad for nothing but the indomitable allah of that crisis - Mohamad Mahathir, took the bull by its horn and shielded the ringgit like it was Mel Gibson doing a Braveheart. Undaunted, fearless, a true guardian of the people's welfare, Mahathir built what is Malaysia today after the crisis - modern, industrialized, strong dollar-for-dollar.

While the dominoe-effect did not spare the island-nation, traditionally strong Singapore perhaps suffered the least because of inherently solid fundamentals. The country avoided being dragged deeper into the Asian financial sandpit by exercising extreme prudence in protecting its foreign exchange reserves.

The moon was in the seventh house. Jupiter aligned with Mars, and luck, hooray, stirred the stars. The dawning of the age of Aquarius for Philippine creative advertising has begun. While it was the worst of time for Asia, it was also the other way around - the break of a new day for Philippine advertising.

Many people still remember 1997 as the year when the Philippines climbed and inched a millimeter near the world's advertising apex - The Hardwares.

Ogilvy Manila skyrocketed the Philippines to the metal age for the first time. While we didn't get to the moon, we didn't get mud either. We won two Bronze statues each from the Clio and New York Festivals - at a time when the value of the latter wasn't condescendingly demerited yet by punters purportedly owning rights to Asian creative rankings.

The quantum leap made by Ogilvy's Anvil and Pepsi campaigns was synonymous to a tsunami breaking a spell of low tides. We said requiem to a long trophy drought and industry watchers described it as a closure to our lofty finalist certificate achievements.

More statues in varying colors and shapes came after that bonanza, and BBDO, the reinvented agency with David Guerrero, the man behind all those 1997 Ogilvy ores, at the helm, delivered with two Gold statues from London International Advertising Awards. The twin-kill was another first, harvested by the agency from a self-promotion ad (a bald man pointing a hairdryer to his head) and a print ad for Bayfresh (a flower photoshopped to look like spokes of of an electric fan).

The Philippines continued to dazzle the world in 2002, this time with another Silver and three Bronze Clios. They came from Ogilvy ("Door Key", The Economist) and BBDO ("Dining Out", Visa).

We got our first Asia Adfest Lotus Gold on same year courtesy of Leo Burnett's "Lolo" tv commercial (McDonald's) where previously, the same agency had won a couple of bronzes from its Bengay tv spots.

McCann-Erickson shone with a Gold (1999) and Silver (2001). Jimenez-Basic, Lowe and Campaigns and Grey also metalled within that period.

DDB Philippines, during the time of this author, struck World Silver and Bronze statues, including a London Silver trophy, to gain passport to this august company of Philippine international winners.

Only two ad agencies have so far netted one of the world's most coveted awards - the One Show Pencil. JWT ("Trees") and TBWA-Santiago, Mangada and Puno (a public service radio spot for PGH) own bragging rights to this achievement, a feat even their fiercest competitor talk about. "Trees" by JWT is perhaps the most statue-awarded pinoy ad in history.

TBWA-SMP also owns the Philippine record in total gold, silver and bronze haul from New York Festivals. The agency that has won the 4A's Agency of the Year three times in a row is also a major Philippine winner in Cannes and Asia Adfest, aside from being a Creative Guild Ad of the Year behemoth year in and year out.

A television ad largely edited from an award-winning documentary by Ditsi Carolino became the highlight of the Philippines' campaign in Cannes 2005. Exposing the plight of incarcerated Filipino children in adult jails, the spot created for Consuelo Foundation opened the world's eyes and bagged a Silver Lion. For the first time, the world's most prestigious advertising competition also invited a Filipino in its main jury - Emily Abrera - chair emeritus of McCann-Erickson.

Indeed, 7 is a lucky number. 10 years after 1997, it continues to weave magic to the Philippines' trophy hunt, paving the way for a monumental golden avalanche in 2007.

In June last year, the most ferocious of all Lions was finally tamed and brought home ashore by JWT.

"Corporitual", a radio commercial for its client Lotus Spa shocked everyone by winning a Gold Lion in a field often dominated by the world's best radio producing agencies - DDB Chicago (renowned for its "Men of Genius" series", Wieden -Kennedy London, Goodby, Silverstein and Partners among others. The world heard the blaring cymbals - the Philippines has arrived. What made it doubly amazing- it came from the hardest medium of all.

Apart from its earthshaking Gold, JWT turned in another Silver and BBDO bagged a Silver and Bronze, combining for the Philippines' biggest finish ever in Cannes - 1 gold, 2 Silvers, 1 Bronze.

Young and Rubicam Philippines and Y&R Malaysia partnered for a headline-hugging feat. The teamwork produced a Gold Clio from their work on Soroptimist of Malaysia campaign which also gave them stunning results from Neil French's inaugural World Press Awards.