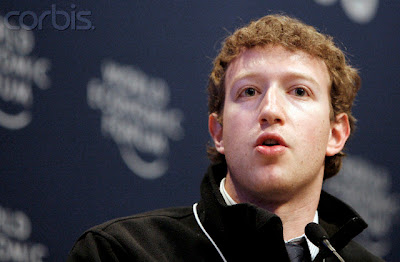 Had an avid follower of Arnel Pineda not posted his video
on Youtube, Neal Schon, god of rock group Journey, would still be looking for a replacement for Steve Perry. Pineda would still be hopping from one stage to another searching for that one elusive shot at fame.

Had Nadia Santos, an advertising copywriter, not spent an hour in an internet café one rainy night, she would still be among thousands of faceless people slugging it out in Ayala’s corporate jungle.

Thanks to Friendster, she met her handsome British prince - a graphic artist and an heir. Soon enough, the ‘frog’ traveled half the globe, offered to marry her and brought her to U.K.

At age 56, Ruby Almazan retired from her nursing job in the U.S. and devoted her life taking care of her two grand children. At home, when the kids are sleeping, she whiles away her time on her eldest daughter’s laptop. Little did she know, two of her long lost friends way back from elementary grades lived on the same city, same neighborhood, and believe it or not, same street. She found them on Facebook.

Without Facebook, how would you think Obama would have fared in the popularity game? We all know the answer.

Digg it. Twitter it. Linked it. Flickr it. Yahoo it. Blogger it. Google it. Multiply it. Orkut it or call it, MySpace. The name of the game is social networking and it is hot. So scorchingly hot, advertisers are either intruding or paying their way in just to get into your own private Idaho.

Why not? At conservative estimate, half a billion people are networking online. Over 220 million people alone are hooked on Facebook, one of the most wildly popular, if not the most preferred by A, B and upper C socio-economic class, spanning across age groups. Some say, the great equalizer, it is about to overtake Blogger (222 million registered members), according to New Media Update podcasting news.

Burger King absolutely knew where to turn when it wanted to gain back health-conscious customers. It used a “Whopper Sacrifice” application on Facebook (allowing members to delete 10 friends to get a free burger). Fox Entertainment also advertised its film “Juno” knowing it could capitalize on Facebook’s huge membership base.

On Facebook, you may also find the uppercrust, incognito or otherwise – royal class, celebrities, diplomats, public officials even presidents.

Of late, social networking has evolved into a powerful marketing tool and the two are ever intertwined. Bloggers consciously or otherwise promote themselves. Naturally, marketers gravitated and this new amazing media become lucrative to, you guessed it, advertisers.

A simple log in, half the world will know who you are, what you do, why you’re in your current state of mind and how you got there.

Social networking, if you have time or plenty of it, can bring career upswing, emotional rewards, fame (or just 15 minutes of it), or bring back good and bad memories.

Research, business, medical and social education applications are some of the benefits one can get while social networking.

Some say some sites encourage ‘voyeurism’ into the private domain of members. Is your staff busy working on company deadline? Chances are they are or ‘busy’ networking.

Some companies are shutting Facebook off their office premises arguing they slow down productivity. Data theft is also being reported to be on the rise.

What people say in their updates can also be incredibly misinterpreted or used against them by people who may want to unearth trouble, as one blogger disappointingly narrated. He struck them all on the list.

Want to widen your network of friends? Go ahead and have fun. Just be wary and careful whom to invite or accept.
Posted by Roger Pe at 8:38 PM