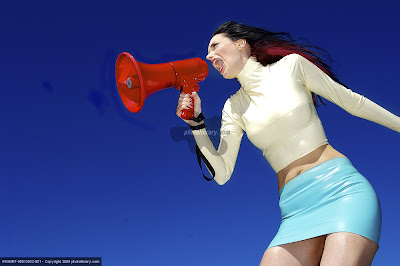 You wouldn’t want that.

While everyone seems to be cowering in fear because of recession, this chocolate brand defied gravitational pull of business pessimism – prompting Ad Age to headline last week: “Boost in Ad Spending Pays Off for America’s Chocolate Favorite.”

And they have figures to show: a 4th quarter income and yearly earnings up by 51% to 82 million dollars.

According to Ad Age, the company ended 2008 with a “reasonable momentum,” attributing this to “increased advertising, consumers trading down from premium chocolate and price increases.”

Should one advertise during a recession? Of course, yes. The more you retreat, the more sales will recede. The more you cut back, the more competition will attack.
As they say, “when the going gets tough, the tough doesn’t skimp on ad budgets.”

From the experts, here are 3 nuggets of wisdom to ponder:

“The first reaction is to cut, cut, cut, and advertising is one of the first things to go. As companies slash advertising in a downturn, they leave empty space in consumers’ minds for more aggressive marketers to make strong inroads.” – Peter Fader, Wharton University, Marketing Professor

“A great deal of evidence suggests that it is not a good idea to reduce marketing spend during recession in order to hit financial targets. Doing so may leave your brand in a less competitive position when the economy recovers.” -Nigel Hollis, Chief Global Analyst of Millward Brown, one of the world’s leading research agencies.

“If someone tells you they are cutting back their ad budget because of a recession, ask why they advertise in the first place. Business history books are full of examples of companies that maintained or increased their ad budgets during recessions and found that at recession’s end they had leap-frogged their competitors by wide margins.” – Josh Gordon, author “Motivating Consumers in the New Economy.”

A similar case study happened to a well-known beverage brand in the Philippines. All it takes is to look at its media-spending pattern. Look where it is now.