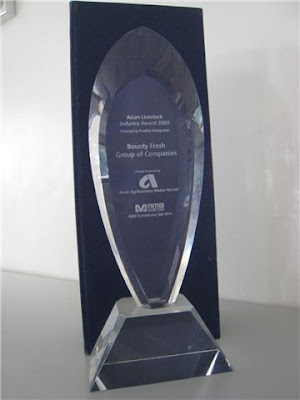 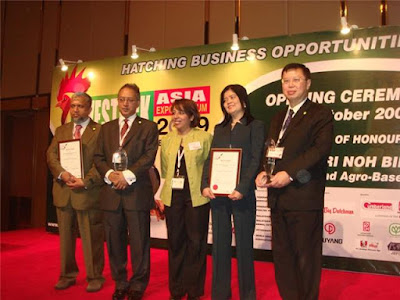 In January 1992, Asean members signed the Singapore Declaration, which became the heart and soul of AFTA (Asean Free Trade Area), a comprehensive program of tariff reduction in the region.

Over the years, the initial program of tariff reductions widened and other “AFTA Plus” activities were initiated. This included efforts to eliminate non-tariff barriers, harmonization of customs nomenclature, valuation, procedures and development of common product certification standards.

Sensitive agricultural products and commodities like rice, among others, were included in this agreement. General exceptions however, were products deemed by Asean members necessary for the protection of national security, public morals, human, animal, plant life and health, artistic, historic or archaeological value.

Now, the clock is ticking fast. Asean members have until 2010 to reduce the tariff levels to 0-5%. When the final tariff is reduced to that level starting January next year, many businesses across different industries are worried about losing a sizeable chunk of their competitiveness.

And when the clock stops, and talk about the need to prepare for global competition, it is inspiring to see a local company does its homework diligently.

Instead of worrying, one company has put in place a business infrastructure designed to cope with AFTA’s full implementation. That is Bounty Group of Companies Philippines, recognized most recently by among its peers in Asia, as a model company for setting new standards of excellence in many facets of its operations. It also feels great to know and bask in the glory that it has given the country in the Asian Livestock Industry Awards in Kuala Lumpur, Malaysia.

Getting To Know Bounty Group of Companies

Under the umbrella of Bounty Group of Companies, is Bounty Fresh Chicken, one of its flagship companies and currently one of leading and fastest growing broiler integrators in the Philippines. Also one of the biggest and most reliable suppliers of value-added chicken products like fresh-chilled chicken, table eggs (to various hotel, restaurant, institutional food companies as well as supermarkets) and live bird markets nationwide, Bounty Fresh Chicken recently entered the food retail sector via company-owned rotisserie stores under the trade name “Chooks-To-Go”.

Currently, the company operates the country’s largest number of rotisserie stores with more than 400 outlets across the country and with more stores in the pipeline.

The Bounty Group is the only fully integrated poultry company that has continuously invested in company owned facilities – Grand Parent Farm, Parent Stock Farm, Hatcheries, Dressing Plants, Feed Mills, and Cool-cell Broiler Complexes.
The company operates more than a dozen hatcheries across the archipelago, four broiler plants and ten feed mills serving the rapidly growing requirements of its broilers, layers and piggery operations. The newly opened Tarlac feedmill is considered the most modern in the Philippines today, proud testament to its continuing efforts of modernizing this sector of the industry.

Industry Leadership
Bounty Fresh Chicken was established in 1993, to cater to consumers in the various regions of the archipelago. The company operates twenty branches across the country, each one having their own hatchery, broiler farms, feedmills, processing plants and sales force to make home grown live broilers and fresh-chilled products available all the time.

It has tie ups with more than 800 business partners for contract growing, breeding, toll hatching, toll feed milling and toll dressing. Technical assistance and supervision, training, and transfer of technology are provided to its business partners to maintain product quality and consistency.

Over the past three years, Bounty Fresh Chicken has maintained the best dressing plants in the country, awarded in both the AAA (Pulilan Plant) and AA (San Pablo Plant) categories by the National Meat Inspection Service. Likewise, Bounty Fresh Eggs is the market leader in the country, the only egg brand in the country fortified with Selenium, a non-metal element that prevents cancer in humans.

Great Things Come To Those
Who Wait
In a landmark event where Asia's top poultry and livestock producers gather every two years, Bounty Group of Companies won the top award for the Philippines in Asia's biggest gathering of livestock, egg, meat and feed producers held in Kuala Lumpur Convention Centre last October 27 to 29.

In beating countries like India, Indonesia, Thailand, Malaysia and other countries in Asia, the Philippines officially became one of Asia’s most recognized experts in the industry. More than 8,000 professionals witnessed the momentous event billed as Livestock Asia 2009.

Prior to winning the award, Bounty Group was one of six shortlisted for the prestigious regional competition, recognized and acknowledged by the Asian Agribusiness Publications and AMB Exhibitors. The win was the country’s first award of this magnitude in livestock Asia, certainly a big boost to the local industry and the country as a whole.

Interestingly, Chareon Pokhpand Group of Thailand, the biggest player in the region, was among its past winners (2001), which paid a courtesy call to President Gloria Macapagal-Arroyo in Malacanang recently.

Leong Hup Berhard of Malaysia was winner in 2003, PT Japfa Comfeed Tbk Indonesia did it in 2005 and Suguna Poultry brought home the award for India in 2007.

SIGNIFICANCE OF THE AWARD

The Asian Livestock Industry Award was started in 2001 by industry experts to advance programs that will improve, enhance and leave a significant impact in the region. It has grown to be Asia's most prestigious and premier award giving body for outstanding achievements in the industry.

Presented every two years to a livestock producer that has shown great potential and growth domestically and in the region, the nominees are judged by an independent, unbiased panel on four broad categories, namely: Industry Leadership, Use of Technology in Operation, Health and Safety, Marketing and Promotions.

The award is “a testimony to the company’s vision of becoming a world-class broiler integrator – creating value to our customers”, says Tennyson G. Chen, President of Bounty Group of Companies.

By winning Asia’s most prestigious award in livestock, Bounty Group surely puts the Philippines on the excellence map, an achievement that’ll hopefully make a significant impact to our local industry. Certainly, it’s worth crowing about and another feather on the Philippines’ cap.
Posted by Roger Pe at 1:04 AM