BEST OF THE DECADE 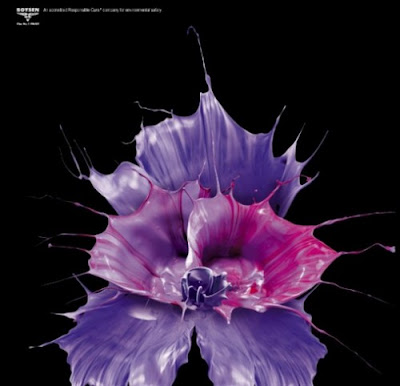 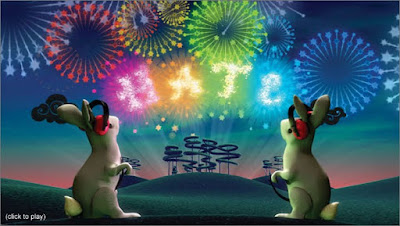 A paint company was named Advertiser of the Year in last month’s Subic Ad Congress. Our best choice for television ad of the year should be University of the Philippines Alumni Association’s “Riles” which should prick the conscience of those unscrupulous politicians who take advantage of the homeless to get themselves into office.

Our outdoor ad of the year should be for a sanitary napkin brand. High fives to the creators of this piece along Edsa near the Forbes Park and Guadalupe boundary. The idea of putting electric fans, perching on top of the billboard frame is, literally cool. What an interesting way to communicate freshness, gain word-of-mouth and instant brand recall.

Our ad personalities of the year rightfully go to the rank-and-file, the unsung heroes who nightly burn the midnight candle. They are the ones who make sure ad agency presentations are crisp, polished and clean when we’re all snoozing the night away resting. They are sadly, always first on the chopping block when retrenchment comes knocking on the door and always left out on agencies’ Ad Congress’ delegate list.

Back home, we are looking for personalities of the year who’ll unselfishly man the fort of our battered industry, hugely marginalized by diminishing returns and dwindling budgets.

THE GLOBAL SIDE OF THE BEST
Taylor Swift and Kanye West were named by Billboard magazine as Top Female and Male Artists of the Year. Not to be outdone, Adweek, released its Global Best of the Decade. Here are the results of its online global poll:

Best Ad Agency – Goodby, Silverstein & Partners. This Omnicom member agency spent half of the decade preparing for the digital age of advertising. At the beginning of 2000, its best work included gems from Budweiser: (talking lizards and ferrets) and the blockbuster multi-media-deprived-aliens for “Got Milk?”. Racking up more than 2 billion dollar billings in 2007 and transforming itself from ad maker to content provider, GSP is King of all trades, well worth the accolade -

Best Agency Personalities – Jeff Goodby and Rich Silverstein, co-chairmen and creative directors of Goodby, Silverstein & Partners didn’t take the money and run when Omnicom bought their agency in 1983. They remained at the very core of the agency and navigated it to dizzying success after success till both were inducted to The One Club’s Hall of Fame. Today, the partnership continues to be an inspiration to creative people and agency leaders.

Best Creative Director – King of Word-of-Mouth, Alex Bogusky’s passion for giving brands added value is both revered and reviled in the industry. By injecting buzz into our pop culture conversation, he is unrivalled and few would disagree that he has trailblazed most creative trends in advertising over the years. Famous for his work ethics that gave new meaning to “sweatshop”, Bogusky is known for making people “mad” but making clients famous.

Best Multi-Cultural Agency – By investing in demographic research in 2000, which fired the shop into the largest, smartest multi-cultural agency in the United States, GlobalHue is a master as far as creative solutions for a variety of cultures are concerned. Memorable works includes the award winning “Grandma’s Hands” spot for Walmart, tv and online campaigns for the Navy and ads for Subway and Chrysler.

Best Digital Agency – Long before others saw it, Bob Greenberg, founder and CEO of R/GA has been at the forefront of interactive marketing, weaving technology into creativity. This resulted in a series of breakthroughs, starting with NikeID, an application that lets users design their own shoes. All throughout the decade, R/GA has won Adweek’s Digital Agency of the Year four times.

Best Product Brand - It was called the iPod - a "personal jukebox" that defines the decade the way the Sony Walkman did the '80s. Today, more than 220 million iPods have been sold worldwide and its success is all the more amazing because Apple didn't invent the MP3 player—it redefined it. Prior to iPod launch, the devices were ugly, weak and could barely hold one album. Apple added more capacity, stronger batteries and a space-age case. iPod sang all the way to the bank with iTunes, Apple's music store, which became the standard for digital music.

Best TV Commercial - It's very rare that you see creative people coming out of the Palais de Festivals in Cannes not only smiling but also whistling the jingle. But Honda's "Grrr”, created by Wieden & Kennedy, London is an entirely different story. This author personally experienced those hairraising moments. "Can hate be good?" the voiceover asked referring to old, dirty motors. Refreshing birds and flowers make an attack until a clean, quiet Honda engine appears. The tune "Hate something, change something" proves difficult to erase, the happy spot has had many imitators since.

Best Print Ad - The human face: split-screen composites matched feature for feature. Then the contradictory tagline, "There can be only one." The combined images of frenemies Kobe-Shaq and LeBron-Garnett reminded us that the "one" NBA is in fact a vortex of multi-faces. The ads were so effective Time "borrowed" the idea for its May 1, 2008 cover, matching the faces of presidential hopefuls Hillary Clinton and Barack Obama. Readers knew exactly what it referred to. At a waning time for print advertising, "There can be only one" attracted attention and in the process became a part of our sensibilities.

Best Outdoor Ad - Nearly iconic, "Silhouettes" by TBWA shows the bliss caused by the product - a series of literal silhouettes, shots of people dancing with their iPods. The contrast of black figures and brightly colored backgrounds blends beautifully with the presence of iPod's sleek body and signature earbuds. The campaign, which hauled industry honors including a Grand Effie in 2005, made the digital music player instantly recognizable in any language and culture.
Posted by Roger Pe at 6:08 AM