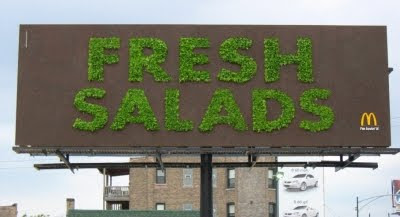 Every last Saturday of March, half of the world is plunged in total darkness.

To date, more than one billion people on the planet have participated in what Leo Burnett calls “HumanKind” act, just one of the network’s creativity- with-a-purpose campaigns that has gone monumental in connecting to consumers or to put it aptly now - to humans.

A year after its successful launching, 94 Burnett offices around the world began a festive tradition.

“We are in the business of humanizing creativity,” that’s how far as Mark Tutssel is concerned if you ask him about advertising beyond the usual practice.

Cannes Grand Prix Lion winner and awarded with about 24 other Lions, Tutsell was in Manila last week as one of Ad Congress’ stellar speakers.

He spoke about “Effective Populism,” a worldwide Leo Burnett advertising mantra that is helping change the way some of the world’s best brands talk to their target audience.

“As brands have purpose, we are one with that purpose, “ he said.

That purpose is helping the network gain more stars to its stature as one of today’s most creative and effective brand builders.

“We are in people’s business, therefore, we focus on people,” Tutssel said.

The man who initiated the agency’s innovative and first-in-the-industry Global Product Committee (quarterly creative review), Tutssel said every Burnett office creates advertising that zeroes in on how people behave.

He kept stressing: “We need a human purpose communicated in real time, not just a branding purpose. At Burnett, we involve people and create human interest so that a greater community can participate and respond to it.”

“In McDonald’s, for example, we are not selling burgers, fries, or sundaes. We are selling a great, clean and fun place where everyone can have simple enjoyment,” he stresses.


Following his line of thinking, brands should sell products in their totality. They should sell the intangible, not just the obvious, according to Tutssel.

Shangrila, for example, shouldn’t just be selling a room for the night. It should sell the pleasure of personally taking care of someone and embracing him or her as its own.

Heinz shouldn’t sell us just a bottle of catsup - but a pleasurable morning with a meal enhanced by a honest-to-goodness sauce made only from freshly grown tomatoes.

Coca Cola shouldn’t sell us just a bottle of softdrink but simple happiness in every which way.

Mercedes Benz shouldn’t just be selling us a vehicle. It should sell us the future of automobile.

Tutssel pointed to his heart as he talked about the co-relation of creativity between greater effectivity.

He laments about brands that are only advertising, and making people merely passive receivers of messages, unengaging and talking coldly.

“People respond when we talk to them like people. When we behave like humans, we effect change and they change their behavior,” he said.

He also said that more than ever today, agencies should go beyond and advertise the brand’s higher purpose of existence, serve long term, make their advertising more humanly stimulating, engaging, entertaining, and most of all, relevant.

When a brand is embraced by all, loved by all and shared by all, that is Effective Populism, creativity focusing on people.

Tutssel made Canon 2010 DLSR Camera a fine example of how a technology-driven brand can be engaging other than cold and boring.

To crack the brief, Burnett’s Sydney’s team focused on why people do photography.
They found out that people wanted to share like how people do on Facebook and other social media - they want to be involved and they want to do an active part.

To create buzz and critical mass, Canon encouraged people to take a photo and select a detail that then served as inspiration for the next photograph, taken by another photographer. The photo chain became bigger and longer, photographers uploaded their pictures and created photo chains.

"It started from a simple human insight -- people are interested in photography and not ... technology, and they're interested in inspiration," said Cannes jury President Laura Desmond, global CEO of Starcom MediaVest Group. "It was a terrific way of connecting people to people and inspiring them to share.”

The results were mind-boggling, creating a tsunami of awards: Cannes Grand Prix Lion and six other Lions, One Show, Clio and a dizzying performance in Spike Asia last year.

Asked what’s his definition of a great campaign, Tutssel replies: “It should be mesmerizing, must have rewatchability, you’d want to see it again and again, can spread anywhere without borders and must build a brand, that’s the hallmark of a great campaign.”

Tutsell is one who doesn’t pigeonhole a talent as copy or art-based. His only concern is what people can contribute and to explore different talents from different culture.

Along with Leo Burnett Worldwide Chairman and CEO Tom Bernardin, Tutssel wrote a book titled “HumanKind” which touches on the network’s new world thinking and human purpose of creativity.

Prior to that, Tutssel served as executive creative director of Leo Burnett London. Under him, the agency became number 1 creative agency in the UK, most awarded agency in Cannes and the world in 2001.

He has chaired and served on a number of prestigious awards juries including Cannes, Clios, D&AD, One Show, ANDY and ADDY Awards, Eurobest, YoungGuns and SpikeAsia.

Last year, the 40 campaigns he and his Burnett team handpicked went on to win 90 Lions, including 11 of the 15 Grand Prix, one Titanium, 32 Gold, 29 Silver and 27 Bronze Lions