A LADY READY TO ROCK OR TAME AN AD AGENCY 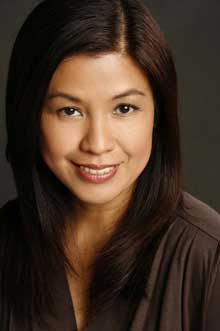 
Beginning January 2012, Filipina Mio Chongson will face the most challenging chapter of her storied advertising career.

She will replace a topnotch expat who’s helped built not only JWT Manila into a formidable international award-winning agency but also one of the most potent forces in making Ace-Saatchi & Saatchi Manila emerge as Philippines’ Agency of the Year (by Campaign Brief Asia ranking) in 2010.

UK-born Matt Seddon, commonly known as “Turnaround Man” will relocate to India as Saatchi & Saatchi CEO after 15 years of energizing the network’s agencies in Vietnam, Malaysia and the Philippines.

Into the lion’s den, can Chongson measure up with the post Seddon is vacating, considering that she is not a home grown Saatchi baby, let alone a seemingly coy and sweet young lady?

Make no mistake, judging from her credentials, Chongson is ready to rock or tame, as the case may be, an agency that has bred many of the industry’s creative and management hotshots.

“I am truly excited to be given the opportunity to lead the Ace-Saatchi team, to further inspire an already charged-up creative powerhouse. That will be a fun challenge,” said Chongson on her announcement as the agency’s new COO.

She is currently president of close to 80-member 4A’s (Association of Accredited Advertising Agencies of the Philippines).

By that alone, one should speak highly about Chongson as it is not easy to manage a group of ad agency presidents and managing directors of different molds with different business philosophies.

“She is not a sitting president, she is a doer, an inspiring president who is not only sharp but exudes a lot of positive aura,” says an ad agency president.

Chongson is a hands-on manager of the 4A’s Agency of the Year project, a distinguished annual task to help push the industry’s standards to new heights, and a very proactive council member of Adboard’s Ad Standards Council.

Prior to her Ace-Saatchi & Saatchi post, Chongson is CEO of Blue Bottle, a dynamic independent local agency, which she owned since 2005.

The charming Chongson is proud about the agency she is sad leaving and helped nurture from ground zero.

At the helm, the agency had acquired a measure of respectable roster of accounts, because some clients followed her.

She attributes this to through sheer hardwork, dedication, impeccable servicing, not to mention her most devastating weapon – charisma.

The Economics graduate from UP plunged into advertising as soon as she stepped out of college.

She first ventured into accounts management team of then AMA (Advertising and Marketing Associates, predecessor of DDB) then cut her business acumen at Pacifica Publicity Bureau.

Chongson considers her stint at BBDO-Guerrero one of her most memorable. Also as CSD, she remembers having to deal with a mixture of different kinds of advertising people and clients.

Her career affair at the country’s most consistently awarded ad agency likened her to an iron, honed by fire, shaped by fire, sharpened by fire … but still emerging unscathed, even sharper.

On Saatchi & Saatchi website, Mio is given a heartwarming welcome and described as someone “who has built a reputation as a dynamic leader and passionate supporter of breakthrough creative work.”

“I’d like to focus on people. Even with our high dependency on technology, I still believe people are still the greatest assets of an advertising agency,” Chongson said.

When asked what is her immediate goal as soon as she buckles down to work, Chongson said she wanted to be a people’s president, first and foremost.

Not surprising for a management veteran whose people skills can be rated above excellent.

If there are industry despots, Chongson belongs to another category. She easily ranks as one of the most pleasant and lovable, ever smiling, profuse with sunny disposition and not easily dampened leader.

“When I get in, I’d like to get a deeper understanding of the strengths of people and how we can make use of our collective strength towards more creative achievements and client satisfaction,” she says as part of her immediate target.

On long-term goals, Chongson eyes lit up, and said: “Every agency head wants to achieve high business growths for his company. It’s difficult, but we can do it as a team.”

“But then again, she says, “creativity comes from inspired people, so I’d put it this way: My goal is to help make Saatchi a desirable company with an esteemed creative reputation and happy employees.”

At the Lovemark Company, (marketing concept created by Kevin Roberts, CEO of Saatchi & Saatchi intended to replace the idea of brands), Chongson will have her hands full.

In the book authored by Roberts, he said: "Brands are running out of juice. Love is what is needed to rescue brands. What builds Loyalty that goes Beyond Reason? Leaving lovemarks unconditionally.”

With Chongson on board, expect Saatchi’s staff feeling the love from a determined lady who’s helped built many of today’s top brands. Chongson is determined to make a mark.

She is just perfect for the global network’s Lovemarks Credo - a product, service or entity that inspires ‘Loyalty Beyond Reason’, which in turn blesses anyone who believes in them - with the ability to create and sustain growth even in the toughest, most illogical times.
Posted by Roger Pe at 4:46 PM