AN AIRPORT AUTO-ADVERTISES A COUNTRY 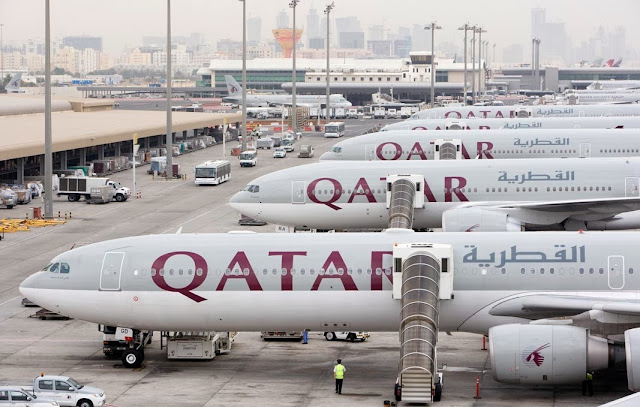 
A world-class airport auto-advertises its host country by a considerable mileage, to some extent much bigger than the impact of television commercial.

That is one of the reasons why some countries have redefined their concept of airports to more than just drop-off points. They have evolved to destinations themselves.

Changi International Airport in Singapore is the world’s best airport for the 17th time. It has spas, theatres, butterfly garden, 4-storey slide, shower rooms, outdoor swimming pool, fabulous shopping and dining, aside from having a gorgeous terminal.

Chek Lap Kok in Hongkong is one of the busiest in the world, awesome for cleanliness, leisure amenities, dining and shopping. Do you have a longer layover? You can play golf on its 9-hole course.

Schiphol in Amsterdam was a military airfield before it was transformed into one of the world’s frenetic airports. It has a casino and even a library.

Just by looking at ten of the best airports in the world (five of them of them from Asia) you’ll see why their tourism arrivals are double-digit figures.

Having a wonderful airport is a giant leap toward achieving tourism goals. Indecision, holding infrastructure at bay and using band-aid solutions that peel off easily as soon as the next jetliner taxis in, make us settle for the crumbs.

Though not in Top 10, some Southeast Asian countries also have the best airports in the world. Kuala Lumpur International Airport has a posh train system inside the terminal that extends to the main city as a bullet train. No wonder its tourist arrivals have reached over 25 million. 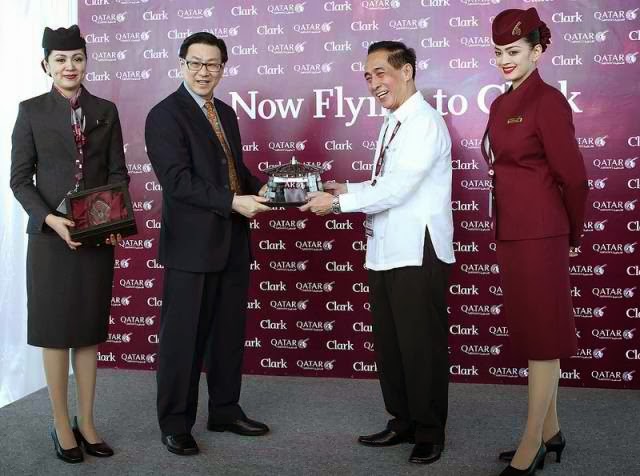 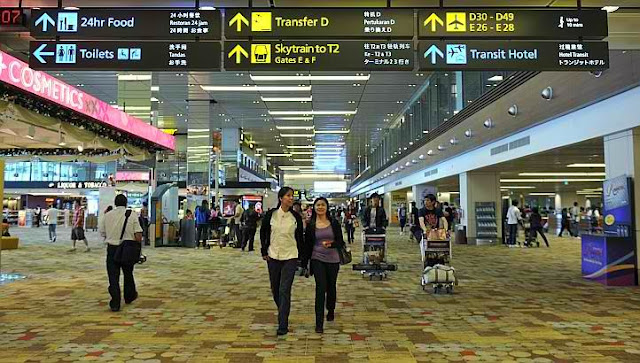 Suvarnabhumi International Airport in Bangkok is the reason-to-believe why Thailand enjoys a tourism boom all-year round. It is just efficient even if the Thais could hardly speak English.

The ignominy of having the “worst airport in the world” is mindboggling. If we can build five of the world’s biggest and handsome malls why can’t we build an airport that we can be truly proud of?

An efficient airport contributes to tourism growth in the country. The Philippines remains the least favorite tourist destination in Asean in 2012 (data from the United Nations World Tourism Organization (UNWTO) show. The country’s total tourist arrivals only reached 4.27 million in 2012. Malaysia was highest with 25.03 million, followed by Thailand, 22.35 million, Indonesia, 8.04 million, and Vietnam, 6.85 million.

What’s wrong with our main gateway? Naia1 is old, built for a 4.5 million-passenger-capacity that’s now overstreched to 8 million. It has no more room for expansion and bombarded with a lot of complaints - from physical to navigational capabilities (collapsing ceilings, stinking toilets, badly in need of a makeover, overcharging cabs, etc.). Naia 1 continues to rattle our nerves.

The world’s biggest aircraft, the A380, cannot land in Naia. Its gravest problem is being a safety risk. During peak hours, planes hover around metro-Manila skies for excruciating minutes to wait for their turn to land, a waste of gasoline, a cardiac experience, rain or shine.

It has caused trauma to passengers, a disaster waiting to happen because of one thing: the airport has only one runway (other Asian cities are already building their third and fourth).

Naia 2 is much better physically but it is monopolistic and handles only PAL. Naia 3 is the best of the lot in terms of design but its interior is beginning to look like crowded ‘tiangges’. But still, these two are stuck with Naia 1’s sole runway and that is the major headache.

Lately, DOTC (Department of Transportation and Communications) engaged Japan International Cooperation Agency to do feasibility studies for a new airport that would either augment or replace the congested Naia 1.

The basic parameter given by DOTC Secretary Joseph Emilio Abaya was: it should be 20 minutes away from the metropolis. The result of the study gave two options to President Aquino, and Malacañang reportedly was inclined to adopt a dual or twin airport system than a single airport system.

The first option: Develop Clark International Airport in Pampanga, maximize the runway and terminal capacity of 32-year old Naia, and put up a new airport that would replace the congested international gateway.
The option also involves the closure and sale of Naia. 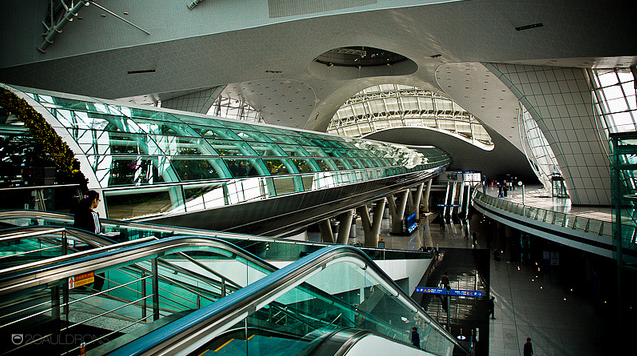 The second option: Operate Clark International Airport (it is completing a P412 million expansion of the existing terminal and is set to put up a P7.2 billion budget terminal), Naia and the new airport. Malacanang however said, “it will invest but won’t put all its eggs in Clark.”

Clark has two runways and can accommodate the world’s biggest aircrafts. Its land area can accommodate future expansion for third and fourth runways. If it can build a terminal comparable to Changi, we’re in business. But it needs a bullet train to transfer passengers to the metropolis. That is its biggest logistical nighmare.

A group of European airport construction experts from Denmark are in town working on the feasibility study of the country’s newest international airport - to be built on a reclaimed land off Sangley Point, the former US naval station on the tip of Cavite peninsula.

According to the reports, the development will be for a 50-million-a-year capacity airport terminal. The first of two runway systems, are estimated to cost P56.2 billion and P45 billion, respectively.

The project will also require the development of a connecting road network, as well as a snake-shaped, cable-stayed bridge that would connect the airport to Boulevard 2000.

If not for ‘monopoly perception’, Ramon Ang, Philippine Airlines’ President and COO, seem to have the best answer. Acording to reports, “Ang hopes to break ground before the year, a 4,000-hectare development with a 4-runway international airport, a modern air terminal capable of handling as many as 100 million passengers a year.”

The total project cost, he said, including the elevated tollway, a modern air terminal, runways and the acquisition of land “will be in the vicinity of $5 billion.” Asked if we can afford it, Ang said, “Of course.”

“If Malacanang opts for a dual-airport system, the country still needs a main gateway - its showcase and window to the world. That’s where it should invest in to harvest the golden eggs,” says a noted marketing professor.

Why are they such? They are not mere drop-off points anymore. They have redefined airports with a new meaning.
They don’t treat passengers like herd of cattles. They provide comfortable sleeping refuge for those stranded by typhoons and flight delays.

The Top 10 winners of 2013 World Airport Awards, as announced this month by Skytrax, leading airline reviewer are follows: 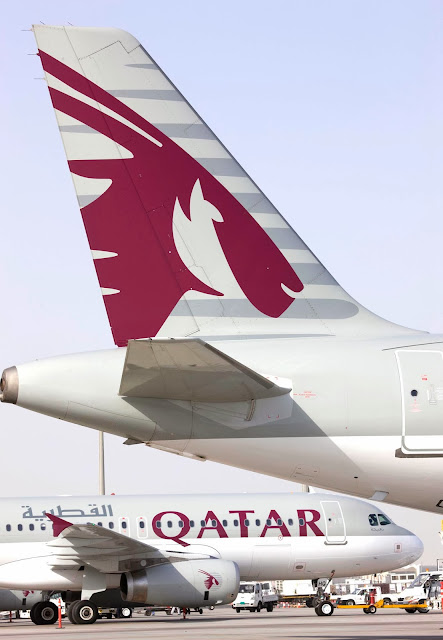 They were chosen based on the following categories: best terminal, shopping, security, cleanliness, dining, and more. More than 12 million people responded to this year's survey.

Travel website “Sleeping In Airports” released the results of its Best and Worst Airports for 2013, and mentioned the Philippines' main gateway once again as the world's “most notorious” airport.

Qatar Airways A330 Flight QR930, touched down to a traditional water salute welcome. Airport and government officials, including the Ambassador of the State of Qatar to the Philippines, Jassim A. Al Obaidli, Qatar Airways Senior Vice President Commercial Operations – Network, Woo Yew Seong was joined by the Ambassador of the Philippines to the State of Qatar, Crescente R. Relacion.

With more airlines and bigger aircrafts flying into the country, the Philippines’ potential for tourism growth is huge. It should really have a huge infrastructure support from the government.