FINDING MEANING IN CARING FOR THE ELDERLY IN LOS ANGELES 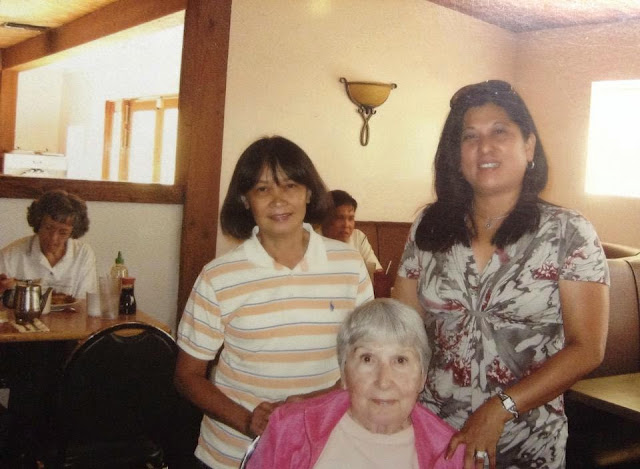 A few weeks after she was born in Manila, Evelyn Sta. Ana, her 2-year old sister and mother relocated with his father to Puerto Princesa, Palawan. Newly graduated from U.P. College of Medicine then, her father took the offer of a retiring physician to look after the latter’s patients.

Soft-spoken, kind and readily accessible, her father easily earned the community’s respect. To this day, people remember the good doctor and the name still strikes a chord in the heartstrings of old timers of the now booming city.

They would return to Manila when her mother died. She would go to U.P. after graduating from Assumption Convent high school while her older sister would also graduate from U.P. College of Medicine, eventually owning and operating a hospital in Bulacan, together with her doctor-husband.

Though she did not finish medicine, (she graduated with a BSBA degree major in Financial Management), Sta. Ana is proud to be in healthcare now, keeping the long family tradition of caring for people who need help, the elderly particularly, in north Hollywood, Los Angeles, California.

Before she came to the United States in 2001, Sta. Ana was a researcher at the office of then Department of Local Government Secretary. Her job required travelling mostly to all regions in the Philippines, examining books on activities, projects and programs being implemented by the office. Simultaneously, she also handled financial matters of the office Secretary.

Together with twelve budget officers of other national agencies, she was granted scholarship on government financial management at the International Training Institute of Sydney in 1985. Things would go awry however after the EDSA revolution. She found adjusting to the changes in her work difficult and opted to retire.

When she became a single parent, Sta. Ana continued working as Budget Officer in the Quezon City Vice Mayor Office, Budget officer of the Women’s Legal Bureau and as consultant of the “Site Consultancy Services” of Benpres.

When that was over, her life would change. She migrated to America because she needed to send three children to college. Friends and relatives promised to give her support provided she grab the first opportunity to earn, and not be choosy about finding work. 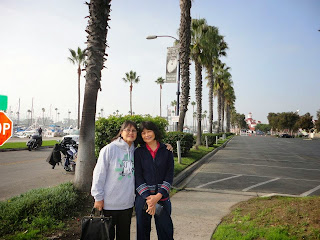 Her first job was a nanny for an infant in Bedford Hills, New York. There, she lived in a 10-hectare property by a forest where the next neighbor was a hill away and the thick foliage would eat her up, losing the site whenever she went farther.

“It was an old house, creepy outside but surprisingly computerized inside,” she says. On one level was a computer room, which she was allowed to use to communicate to her kids back home. Homesickness and disorientation on her new life made her quit after seven months.

She moved to California when an offer from a financing and real estate company fell on her lap. Her employers promised to sponsor her working visa, and while her work permit was being processed, a good position in the organization awaited her.

A year and a half later, she would take a serious look and assess her life in the land of milk and honey. Reason: 30% of her income went to taxes. Another 30% went to rent, food, transportation, socializing with officemates and other miscellaneous expenses. The most startling thing she found out as a finance person, her net income for baby-sitting was by far significantly higher than her office job.

Sta. Ana went back to baby-sitting. In no time, a recruiting agency assigned her to a 5-day stay-in job to take care of an infant with two older siblings. The family treated her well but as months went by, more responsibilities were imposed on her contract. 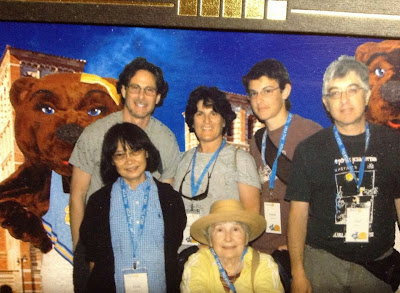 Work became tough and her agency did nothing. Mustering enough courage, she pursued help and was able to access the California Labor Code on prescribed overtime, workload and hours for domestic and healthcare employees. With a labor lawyer, she filed a suit and won her case in the L.A. Superior Court.

Healthcare with a Filipino touch

Sta. Ana worked as a caregiver for a cancer patient after, gaining a lot of friends and endearing herself to relatives of the elderly and co-workers. (Caregiver Jobs Clearinghouse, a US-based website says, the U.S. will need 800,000 new caregivers for the next seven years. At present, 100,000 positions are available for Pinoys.)

Sta. Ana is proud of her accomplishments, having worked in three sectors (Philippine government for twenty-seven years, non-government organization for three years and a private company for another three years).

She is even prouder that she is able to extend someone’s life and give healthcare with a Filipino touch, just like what her older sister is doing, and what her father did before he died.

Healthcare provides one of the best job opportunities for newcomer Filipinos in the U.S, Sta Ana says. But they must learn short courses to be good at it.

“Caregiving is challenging. It is applying academics and your whole life experience into one. To perform well, one needs patience and understanding of what healthcare giving is all about,” she says. Sta. Ana concludes that no two patients are the same. “Without any formal training in the medical field, common sense is your best asset,” she says.

Income for a Caregiver is $130 to $160 a day (stay-in or 24 hour live-in job). Hourly rates are peg from $10 to $15 per hour. “If you are a dollar earner but a peso spender, this would be a good compensation. Taxes are sometimes taken cared of by the agency, although most caregivers pay taxes as individual contractors,” Sta. Ana explains.

For those who want to try homecare work, the following are available: “One-on-One Care”, one takes care of just one patient or at the most, a couple at home or work in a facility known as the convalescent home. Working in this type of homecare is tough, according to Sta. Ana. 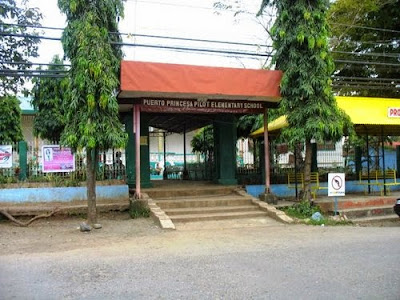 A convalescent home is a house converted into a facility with 3–6 elderly patients. Two or three caregivers would usually shift jobs to cook, do laundry, feed, bathe, give medication, clean the facility, do grocery and attend to different kinds of physical and mental state of patients. Additionally, ‘lifting’ is included in transporting patients from the bed to the wheelchair, then back to bed.

Filipinos without work documents are mostly employed in this kind of caregiving. The operators are most likely Filipinos, too, often taking advantage of the situation of no-taxes and no-regulated work hours as prescribed by the labor code. Hence, the pay is much lower than the ongoing caregiver’s rate.

Asked if Americans prefer Filipinos in this field of work or it's just a myth? Sta. Ana says: “Both. Americans prefer Filipinos only because of our cultural upbringing towards our own parents and older relatives. In general, we are known to be compassionate and respectful to elders than any other nationality. Because of minimal language barrier, too, Americans are inclined to hire English-speaking caregivers.”

Sta. Ana says she will not give up her current work with any other high-paying job. Fortunately, both ladies are homebound, very considerate and well behaved. Both also are under palliative care, wherein nurses, physical and occupational therapists take turns over the week to visit and clinically-monitor their health. “I have no housekeeping job since both ladies have housekeepers and laundrywomen,” she says.

She shares her observation on Pinoys in the U.S: “Filipinos are much more complacent than any other nationality primarily due to our “English” background. It is easy to spot a “kababayan” anywhere and start a conversation in Tagalog. In Southern California, there are cities where Filipino’s residents are predominant like in West Long Beach, L.A., Eagle Rock, West Covina and Panorama City. It is likely that you will find Filipino restaurants, groceries and shops in these cities,” she adds. 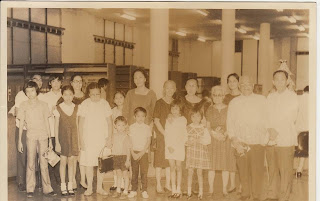 Sta. Ana misses her other children in the Philippines (her eldest daughter, now married, is also in L.A.) although she chats with them via video-calling as often as she can. She has no support groups that she hangs out with. “I have no time for this kind of activity,” she says. Instead, she spends her free time watching Internet videos and chatting with friends on her gadgets.

She came home last year to bury her son Leo, a nursing graduate, who met a grisly death inside a room in a landmark hotel in Makati. The case remains unsolved up to now. Leo’s immigration papers were approved and he was supposed to join her in the U.S. before he passed away.

What advice would she give to Filipinos who want to be in healthcare work? “For younger ones, I will not advise them to be stuck in this kind of job. They have more opportunities in the business sector. Healthcare is good if they start right by taking up short or career courses related to the field,” she says.

For middle-aged and over, this kind of job will be most fitting, according to Sta. Ana. “As I said before, caregiving is common sense. Aside from the medical condition of each patient, they are old persons whose ways and habits can no longer be changed. To perform well, bear in mind that adjustment is on you and not with the patients,” she stresses.

Organizing one’s activities is also very important to balance and manage time between work and personal activities according to Sta. Ana. “Most patients live alone, therefore they tend to be nasty and rude. Sometimes racial discrimination is unavoidable. The caregiver has to find a way to break these negative attitude, for better relationship between them,” she says.

Lastly, she reminds Filipinos to know their rights and privileges as a domestic employee. Agencies will not give this information to a caregiver. Their role is to find clients at the expense of the caregiver.