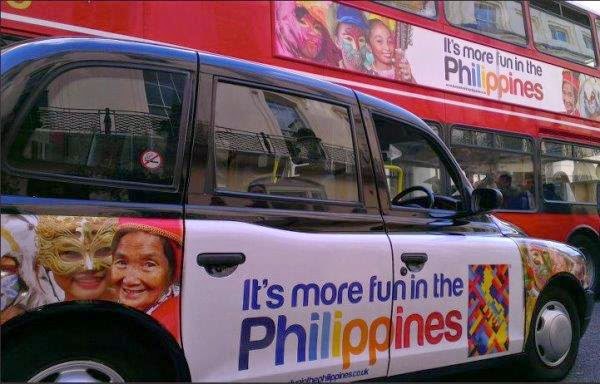 For this young man, there are 7,100 reasons to say great things about the Philippines in countries he visits thousands of miles away.

As sales and promotions officer of Department of Tourism, at the Philippine embassy in London, Richard De Villa works round-the-clock to promote the Philippines like as if he owns it.

He makes sure people in United Kingdom know exactly where Boracay, Banaue, Davao, Vigan, Albay, Siargao, Palawan and other interesting places in the country are. He leaves no stone unturned until Italians, Portuguese, Spanish, Austrians and other citizens of southern Europe get the most accurate information on what to see and what to enjoy in the Philippines. 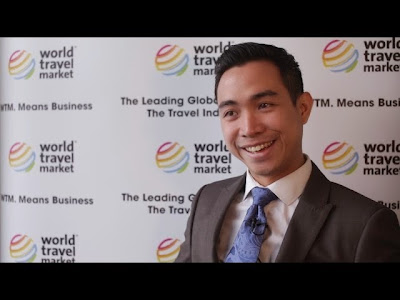 He talks to journalists from Norway, Sweden, Finland, Latvia and other northern European countries to help spread the word: it is more fun in the Philippines than any other place they’ve written about.

When the world’s most destructive typhoon in recent memory cut across central Philippines in 2013 and global media relentlessly broadcast its scale of damage, De Villa and his promotions team immediately rolled up their sleeves and came to the rescue. They launched PR blitzkriegs to neutralize the negative impact.

“It was vital for us to educate Europeans about Philippine geography, telling them that the affected areas were not main Philippine tourist sites and 97% of the country, including Metro-Manila, were doing business as usual,” he says. His message to the world: the Philippines was a safe destination and that the tourism industry, alive and kicking.

As part of the Philippines’ tourism office team in London, De Villa’s responsibility entails launching a number of promotions to cover that part of the world. He does public relations, marketing across multiple media platforms, doing sales, and other business developments.

His daily grind has no template and his responsibilities change from day-to-day in rapid fashion. You’ll find him organizing press trips for media one day and write about Philippine tourism attractions, the next day. He makes sure, for example, that 130 convention delegates from Manila enjoy their UK trip while attending tourism trade shows.

In the aftermath of Typhoon Yolanda and the false impression created by global media that the country was out of bounds, De Villa urged Europeans to visit the country, stressing that their visit will have immediate effect on helping people rebuild their lives and not lose their jobs. 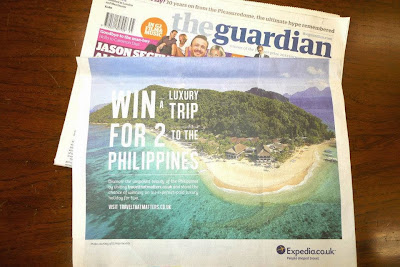 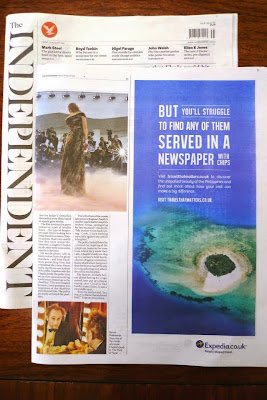 While there were cancelled bookings during the initial weeks, groups of people slowly booked Philippine trips to help communities that were badly hit. That ‘typhoon tourism’, enabled them to turn a negative thing into a positive undertaking.

In his job, De Villa constantly builds new relationships and foster existing ones with media people of all kinds (bloggers, video bloggers, freelance journalists and editors working for specific magazines).

He proudly mentions being part of a very important national event, the Expedia UK's "Day of Influence, Travel That Matters", a campaign that was launched on August 29, 2014. On this momentous day, all British national newspapers came together in support of the Philippines, donating more than £600,000-worth of free advertising space to encourage people to visit the country after Yolanda’s devastation. Expedia also donated £100.00 for every Philippine trip that was booked. As a result, 14 “Habitat for Humanity” homes were built.

Another De Villa’s role is to grow the number of tour operator partners in European cities. “We look after their evolving needs, we want them to drive tourist traffic to the Philippines,” he points out.

How does his team conduct it? “By training the frontliners so they can effectively position our country's attractions to travelers,” he say. His team also embarks on joint-promotional marketing activities to highlight tours and holidays on popular travel sites, newsletters and broadsheet publications. 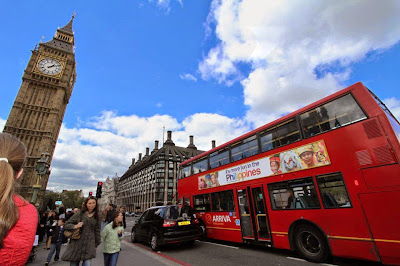 De Villa’s group has assisted popular operators like Dive Worldwide, Ultimate Diving and Dive Safari Asia. These three have helped the Philippines become one of top two diving destinations in the world.

By seeking new partners that can feature the country in packaged portfolios, De Villa feels his work is halfway done. Earlier this month, he attended PATA (Pacific Asia Travel Association) Exchange, a big tourism event where his team met over 17 tour operators to convince them to include the Philippines in their selling programs.

De Villa lived most of his life in Manila and Makati, attended Collegio San Agustin, Manila Science High School and DLSU where he took up Computer Science major in Information Technology.

He was working for a small outfit (conducting team building and strategy management seminars for major companies) when he moved to the UK in early 2006. While taking up a short business management course, he was offered to work on a project by the Philippine Trade and Industry office in London. That was his bridge to the Tourism Department, and he has been there since.

“I was brought in by then Tourism Attaché Domingo Ramon Enerio to look after the embassy’s tourism online marketing, then an opportune time as the travel industry was taking on a more digital approach. Travellers and more travel companies were creating new digital business models then so the timing was perfect,” he relates. 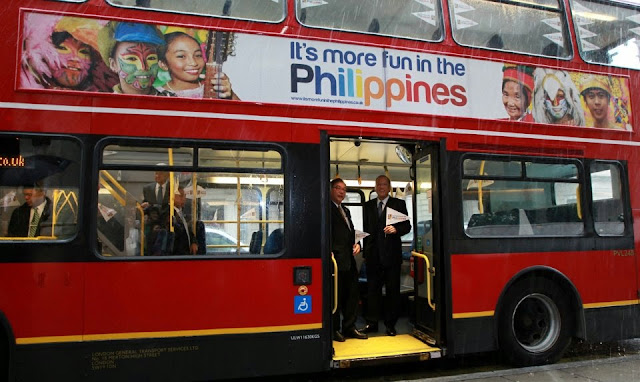 Growing up, De Villa says he didn't get many chances to fully explore the Philippines and only truly found out about the country’s remarkable beauty after working for the tourism office in UK.

Today, he makes it a point to explore new Philippine destinations whenever he is back home. Travelling around the Philippines always gives him a deeper level of nationalism.

Over the past few years, he notes that there is a steady increase, not only in awareness but also a growing demand for Philippine tour packages in Europe. The UK is the highest source of tourism arrivals from Europe and last year, registered one of the highest growth rates.

Late in 2014, upon orders by Tourism Secretary Ramon Jimenez, De Villa’s team launched "Visit the Philippines Year 2015”, a massive outdoor campaign that was implemented on 25 London buses and 110 black taxis for the entire duration of 2015. 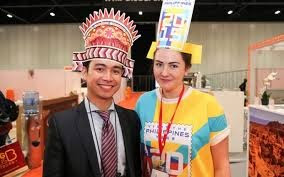 De Villa is grateful that technology has made information dissemination faster. “Gone are the days when tourism trade show visitors would ask me where the Philippines is located on the world map. I am happy that European travelers now have a better understanding of Philippine geography,” he proudly says.

During his PR barnstormings, De Villa never fails to emphasize that travel time to the Philippines is only 12 and a half hours, which puts it even closer to Singapore and Thailand. He also stresses that there are more English speakers in the Philippines than Great Britain by virtue of of our country’s population size.

De Villa says that apart from the expected mention of the country’s unique beauty and natural attractions, the common denominator is friendliness. Hospitality ranks next.

European travel respondents are also quick to single out the warm nature of the Filipino, an ingredient that always makes their travel experience distinct. This also extends to cruise ship travelers, according to De Villa. “Even though some of them haven't visited the country, they are compelled to go because of one reason: the Filipino crew on-board are very friendly.”

Helping sell the Philippines to the world gives De Villa an unexplainable high. “I love doing it and it never tires me, even after a long day, he declares.
Posted by Roger Pe at 8:22 AM