CAN A FOREIGN AD BE RELEVANT LOCALLY? 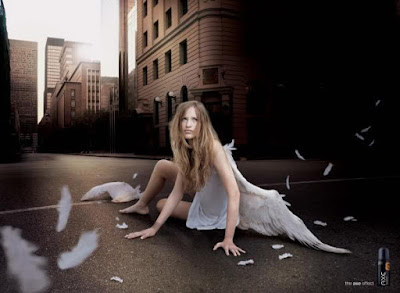 Does creativity have a citizenship? How far can a good idea travel? Can foreign campaigns transcend borders and appreciated in places other than their own? Can a local ad do the same?
Way back in the 50s, Philippine media, had already acquired some sprinklings of foreign flavor. Hundreds of years of Spanish rule and largely being Americanized afterwards, these influences helped shape what is Filipino pop culture today.
America gave us a great fill of imported shows on television. We, too, feasted on Uncle Sam’s tv commercials like Marlboro, Nike, Levi’s … to kids teaching the world to sing in perfect harmony, Coke.
From the 80’s, 90’s, to the last decade, we grew up not only with American brands but knew others as well: Rolls Royce, Armani, Volvo, Louis Vuitton, Sony, BMW, to name just a few.
Colonial? Maybe it’s about time to drop the word. Progressive thinking? More like it. We learn from the world, the world learns from us. Afterall, that’s where the world is heading and being too insular isn’t exactly a good mindset for business.
Long before the upheaval that changed the world’s advertising landscape, multinational ad agency networks in the Philippines have already pushed the globalization process, airing foreign-made ads to enhance their brands’ global presence.
Symbiotically and though not as frenetic as other foreign brands, the Philippines has also made inroads, going regional, even global in some markets, using true-blue Filipino concepts.
So what’s the big noise in using a foreign ad in local media? Let’s listen to the experts, local and foreign, of course, but let’s pause for a commercial break:

Seven pretty and sexily clad angels portrayed by world-famous fashion models Adewole Bretty, Sara Samson, Josipa Jankovic and Magda Klebanska, drop one after the other from heaven with a loud thud creating a raucous.

In the town plaza, they stare at a gorgeous, innocent young man with sexual innuendoes. The song "Sexy Boy" by “Air” sneaks in and the ‘seduction’ unfolds.

An angel suddenly smashes her halo to the ground. All others follow in succession. Viewed as strongly suggesting public sex, a comment on the web sees it as “right at the point when public sex is about to begin.”

For sure, the Bartle Bogle Hegarty London-made tv ad would make the catholic church blush, and the bishops, the ones who also balked at a seemingly innocent local tv ad recently, would have none of it on Philippine tv.

Sacrilegious? Judge it for yourself.

“It is just a tv commercial, for Christ’s sake. The device is figure of speech to dramatize consumer benefits,” a local copywriter fumes.

The creative idea behind the ad was to show that Axe’s new variant Excite is so good that when you spray it, women can’t control themselves.

Asked online, via Skype and social media, ad people from across the globe sent in their nuggets of wisdom:

Multi-awarded tv commercial and film director Sockie Fernandez, says: “It really depends on the ad and insight of the material. If it resonates with me then I may enjoy it but if not, I may not connect with the material inspite of its excellent production values.”

McCann Worldwide New York, Senior Vice President and Group Creative Director Marco Cignini, says: “Some markets translate quite easily. Some definitely do not. It's always best to create a spot tailored to a specific market.”

Cignini, whose wife is a pinay, says it is largely because of the economy. “I can understand why brands would try to capitalize on the savings,” he says.

Hongkong-based Creative Underground ECD Sherri Maxwell has this to say: “A foreign commercial in a local market will most probably only work if it deals with universal human truths, global humor or insights that transcend culture. I always liked: "Think global, act local."

Brand Mentors President and CEO Willy Arcilla, enumerates the good and bad side of using foreign ads: “Good, because it is cost-effective, consistent, provides foreign cachet and leverages on global best practices. Bad, because it lacks local relevance, discourages local creativity and employment.”

Song believes that “if you really want to reach an audience, you need to speak their language and be culturally relevant.”

According to Song, Red Bull, a Thai brand, is a perfect example. “It has become a successful global brand, but look at what they needed to do to become that,” he says.

“A global ad helps you if your brand is known and used worldwide and you want people to experience the same communication wherever they are,” says
Trackworks Chief Marketing Officer Bing Kimpo.


Rafik Belmesk, Strategic Planner of one of Canada’s biggest ad agencies, nails it on the head:
“In the end, ideas are ideas, and the good ones often translate pretty well. Some commercials play on insights and issues that are so peculiar to specific cultures it wouldn't make sense to air them anywhere else,” he emphasizes.
To summarize, a universal idea will always acquire citizenship anywhere.
If it inspires, culturally sensitive, helps improve local production standards, introduce new way of thinking, and make technology transfer useful, it will be embraced and not seen as invading local creativity.
Posted by Roger Pe at 8:38 PM