COSTING A CASTING OF CELEBRITIES FOR A TV COMMERCIAL 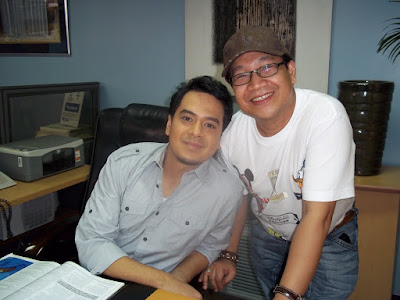 How much does a full page ad cost in newspapers? It depends on which broadsheet you want to be seen and make an impactful splash.
It also depends on what page and what day you want to break. Monday, Tuesday, Wednesday or Sunday?

Why more expensive on Sundays?

Sunday readership is higher than those on weekdays because, obviously, people are at home, white and blue-collar workers are resting, students don’t have classes and you and the rest of the world are either lounging around in a resort or simply just enjoying the morning breeze by the house garden and reading, what else, newspapers.

Now, that’s the cost of only putting a single ad (insertion, in media parlance). What if you want to make the same ad come out 20 times over a period of two 6 months? Go figure.

What about the cost of making the ad?

Seasoned marketers know that when ad agencies go back to them with production CEs (cost estimates) they know that standard concept and design fees are SOPs for an intellectual property.

They also know that computer, studio time and manhours have to be justifiably factored in and not haggled at exploitative rates.
Photography, and yes, FA (final art, the digital process of making all elements in the ad rendered in high-resolution stage) charges are exclusive of above-mentioned fees, thus would be added to the cost.

In a scenario where even big ad agencies are getting marginalized income, definitely, they aren’t free unless one wants to be hijacked in broad daylight with eyes wide open or run a business going slowly to bankruptcy.

Next, you are asked to use a talent, not just a talent to endorse your product, but a celebrity who could pack consumers in – to your neighborhood grocery or super-duper-hypermarket.

Depending on who among these stars are up your brand’s alley, they are your best weapon and ally to rake in more money.

Why are celebrities so expensive?

Roly Halagao, one of Philippine advertising’s most reliable casting directors says: “It’s plain and simple:
Celebrities sell no matter what other people say they don’t. It really depends on the celebrity you use. It should be someone who has unblemished integrity, credibility and pulling power.”

Halagao, a faculty member of Masters School For Models put up by Supermodel-maker Joey Espino along ritzy Ayala Avenue certainly knows what he is talking about.

He was the master caster for these highly successful tv campaigns: Alaxan with Manny Pacquiao as celebrity endorser;
Jollibee with Sarah Geronimo, Gran Matador with Ding Dong Dantes, Greenwich with Anne Curtis, Solenn Heussaff, Kelly Misa, John Lloyd Cruz and the gang plus many more.

He trains students how to become competitive, effective and marketable in advertising. No wonder his models have become world-class like this year’s Supermodel of the World Danica Magpantay.

Samantha Gomez and Charlene Almarvez, 2010 Supermodel of the World, first runner-up, were also two of his students.

He also did the same to GMA7 talents Jennilyn Mercado, Luane Dy, Ian Batherson among others and many other Channel 23 MYX VJs like Bianca Roque.

For security and other ethical reasons, Halagao doesn’t want to reveal talent fees of celebrities he has really closely worked with. The highest paid celebrity, he says, gets 40 to 50 million in that range. The rest vary from 3 to 20 million.

The late Fernando Poe was paid a huge sum for doing a San Miguel beer tv commercial, so was Dolphy when he debuted as a McDonald’s endorser a couple of years back.

Sharon Cuneta commanded a prime talent fee at her peak. Robin Padilla whose staying and pulling power, hasn’t diminished is also one celebrity star whose appeal continues to sparkle and therefore still gets good rates.

“From personal appearances for your product launchings to fundraisers to ribbon-cuttings, you can’t go wrong with celebrity-power,” he continues.

Asked what is his secret for lasting in the business, Halagao says, “my feet are always on the ground, I am focused with my work and I master my craft.

You must have an eye for beauty, even if it’s hidden somewhere, “at marunong ka dapat maghanap ng hindi available” (you should know how to find talents even if they are not available).

But are huge celebrity talent fees worth it?

Not everything is a rosy picture for using celebrities.

We all know what happened to Tiger Woods’ brand endorsements when his marital scandal exploded in media.

The superstar celebrity endorser that he was, Tiger Woods signed a 10-year contract with a well-known American brand, which gave him, until the last five years, $40 million.

But it put succinctly: “Celebrity endorsement is always worth investing in if you have the right person and if the celebrity has logical connection with the product.”

In the Philippines, advertisers are such believers in celebrity endorsement it is no surprise you’ll find celebrities even on product packagings and billboards that dot urban landscapes.

“It's an expensive but easy option for companies and celebrities in a hurry to hit sales and stardom,” Halagao quickly emphasizes.

“Clients should invest more in what they should say in their ads rather than spend more time on who is going to endorse their products,” a creative director, says.

So is using a celebrity worth looking into?

Going back to what Halagao says, “One must be sure and validate the celebrity’s integrity, credibility and convincing power to consumers.” Very well said.
Posted by Roger Pe at 7:44 AM