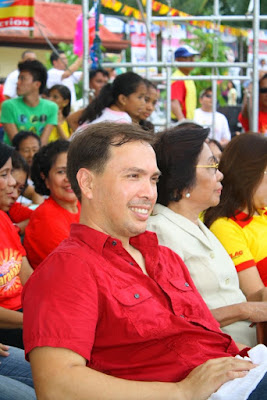 This South Asia country used to conjure images of economic neglect, natural disasters and poverty. Would you want to go there after your oh-so-chic Paris trip? Perhaps no.

Unbeknownst to many, it is now making a name because of its main attraction: Cox’s Bazar - the world’s longest ocean beach with towering cliffs running parallel through it.

Along with once sleepy town Glendalough, Ireland and Engelberg, Switzerland, they are now listed by tourism bible Trifter (online publisher of the world’s biggest destinations) as the Top 3 most beautiful places in the world to visit.

They finally belonged to the map after advertising repackaged their image.

Just like the cinderella story of two of the Philippines’ biggest tourism magnets today: Camarines Sur and Palawan.
Against the more established Manila, Cebu, Boracay, Bacolod, Davao and Baguio, no one ever thought that Camarines Sur, not even in your wildest dreams, would one day become the country’s number one destination.

It is officially the country’s biggest tourism star, upstaging even neighboring Albay (home to majestic Mayon Volcano), a phenomenal achievement acquired within such a short time.

The secret: sheer belief in advertising and making all its communication materials: tv commercials, website, down to new media - all looking fresh, dynamic and interesting.

Used to be known only for Penafrancia festival, abaca, perennial typhoons and your lowly ‘laing’, the province has awakened and given birth to a new moniker: CamSur.

A drastic turnaround and 360-degree image re-invention, CamSur, reborne, emerged from its cocoon, and shed off the crude, boring ‘cottage’ advertising style we were accustomed to see.

The provincial government invested on a number of viral tv commercials, each with a strategic approach positioning the province as a dream vacation, a paradise for honeymooners and a world-class destination for extreme sports.

CamSur’s biggest attractions are its world class Watersports Complex with the best cable park in the world and Gota Village Resort in Caramoan.

If you build it, they will come, so goes the saying. Indeed, tourists came in droves to CamSur. Credit the man who believed and put his faith in brand advertising: Governor Lray Villafuerte.

From January to September 2010, CamSur posted a remarkable 52.90% incremental growth over the same period in 2009.

Many years ago, we only knew Palawan as a penal and leper colony, malaria-infested with nothing but large tracts of primeval rainforests.

Accessible only by a few commercial boats sailing two nights and a day (or longer) to reach Manila, or by a solitary Philippine Airlines Fokker plane, the Philippines’ largest island province was hugely undeveloped.

The main airport was transformed to an alternative international gateway capable of handling jetliners and more than 8 daily flights during peak season.

Inch by inch, the province climbed from obscurity to top-of-mind recall.

Brand Palawan was slowly being created due to sustainable eco-tourism and rare flora and fauna: the province main selling proposition.

Unlike CamSur, which is compact, Palawan seems to be an entire country, much larger in land area and its attractions are scattered in many municipalities, separated by bodies of water.

“That makes transportation more difficult than places that are conveniently located in areas accessible to all kinds of transportation,” Palawan governor Baham Mitra laments.

But Mitra rejoices in the fact that “Palawan’s tourism spots are natural wonders, their beauty lies in the natural symmetry of sand, sea, and rocky formations grouped together as in a symphony.”

God-made versus man-made, that seems to be Palawan is to CamSur.

With more and more positive feedbacks riding on its crest, Palawan is penetrating deeply into our domestic and foreign households without really trying.

Sans sustained and aggressive promotional money, Palawan’s word-of-mouth advertising is proving to be a potent weapon, enabling it to move closer to Cebu and Boracay as one of the country’s major tourist destinations.

Relying mainly on its scenic wonders to sell to the world, it gets free advertising – from people’s endorsements and institutions.

“We want to take Palawan to the next level,” says Palawan Governor Baham Mitra who is excited to know that his province is also on the brink of joining Maldives, Dubai and Fiji on the world tourism stage.

When completed in 2013, the multi-billion-peso Coral World Park, now being built in Coron, Palawan, will be the world’s biggest integrated undersea resort complex.

“We have the Strategic Environmental Plan that provides framework for the conservation and protection of our environment and sustainable development,” Mitra says.

A staunch clean-and-green advocate, even from the start of his 12-year congressman career, Mitra is exerting a concerted effort to preserve Palawan’s natural and cultural heritage.

Prestigious National Geographic Magazine picked Palawan as one of the 20 best destinations in the world this year, its biggest advertising endorsement so far.

The only place in the Philippines to be given the accolade thrilled the youthful Palawan governor no end.

“We are more than excited to see Palawan elevated to world-class status because of sheer word-of-mouth advertising,” Mitra says.

Lack of promotional funding is Mitra’s biggest challenge. But the man who wants to modernize Palawan just like what his father did is undaunted and doesn’t want to rely on word-of-mouth advertising alone.

He knows Palawan’s potential to become a top world tourism mecca is just waiting to happen.

When more advertising budgets come, Mitra wants to sell Palawan as a natural haven blessed with charm and beauty that make it stand above the rest in accordance to the SEP Law and in keeping with the image of Palawan as the country’s last ecological frontier.

When these are available, he believes the impossible can be attained - the Palawan brand becoming the Philippines’ biggest flagship in the tourism front and its biggest money earner.
Posted by Roger Pe at 4:54 AM