THE BRANDS THAT SAID "HALO, GEE AND GOODBYE." 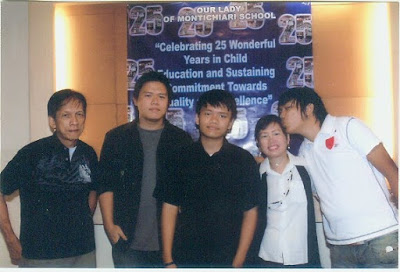 The vintage black and white animation tv commercial opens with a mermaid on a rock by the sea.

She’s on the verge of throwing a tantrum, and keeps complaining how the torturous sun had robbed her hair of luster and stripped of its natural glow.

Ugly hair, she says, makes her unappealing and to her, that is a serious problem.

Neptune, her knight of shining armor, windsurfs to the rescue, with a bottle of Halo Shampoo.

Right on cue, voices blurt out this bouncy song: “Halo, Everybody, Halo (repeated twice) … Halo Brings Back The Glow!”
Little Miss Mermaid lathers her hair with gusto, flirting with the waves, as the jingle song continues to blare.

In perfect timing, a naval ship full of men on board passes by, and like Venus coming out of her shell, what else could she expect? A tsunami of wolf whistles, dumbfounding her. Happy ending.

The commercial was made sixty-one years ago and aired throughout America. In the song, it also mentions the product “glorifies your hair” and punctuates this tagline at the end: “Leaves Your Hair Whistle Clean”.

The Halo marketing strategy was very emphatic in selling that it’s not a soap that dries one’s hair - but a shampoo that lathers gently to bring back the softness and shine.

In the Philippines, Halo was best remembered as a shampoo manufactured locally.

In 1950, President Elpidio Quirino inaugurated what was to become one of the country’s most modern plants – the Colgate-Palmolive subsidiary along J.P. Rizal, Makati (it has also vanished from the site, a spitting distance from the present day’s Rockwell Power Plant Mall and moved its corporate office in Global City).

Halo was in a pear-shaped red bottle available in different sizes.
To gain critical mass, the brand used a very pretty Filipina mestiza as endorser, a university campus darling.

In the commercial, the bubbly Moran said, "Incredible lather, isn't it? Look what I can do with it! I'm a geisha, I'm a rabbit!"
From the early 70s, the ad ran for several years until it eventually disappeared in 1984 - one of the longest running Filipino tv commercials made by Grant Advertising (then located along Vito Cruz St., across Rizal Memorial Baseball Stadium).

Ad agency Grant (predecessor of Bates-Alcantara and DYR-Alcantara which also disappeared and later on evolved as Bates 101 and DY&R Manila) was one of the Big 4 during that time, along with JWT (J. Walter Thompson), PAC (Philippine Advertising Counselors) and Ace-Compton.

“Inspite of eye-catching visuals, sales went down. Maybe the promise of "rich, abundant lather" wasn't compelling enough. I mean, a shampoo shouldn't be a shampoo if it's not bubbly, right?

So Halo was relaunched with three new variants and a new, artsy packaging. It was even given a new positioning: "For hair that behaves...beautifully!" recalled Agulto.

“The manageability story was executed in a problem-solution format, very much like today’s Sunsilk ad with Sarah Geronimo.
“Some things never change. But hey, those were the days when computer graphics were still crude and very expensive, so we had to shoot hair shots "naturally." No special effects. Hair that seems to have a life of its own was not yet heard of,” Agulto emphasized.

Agulto said the tv campaign that she and her team labored for months didn't do much for the brand either.

“Maybe this brand which, if I'm not mistaken saw the light of day in the '50s, had already lived its life span.
Or, maybe Colgate-Palmolive simply decided that instead of having two shampoo brands, they'd just have one so it could be given full marketing support and undivided resources.

That's probably why Palmolive Shampoo is a very strong brand today,” she said.

A few years back, Halo was on the forefront, close behind some of the market’s major brands: Sunsilk and Luster Crème, another brand that disappeared on supermarket shelves.

The reality now is, it’s been completely wiped out of people’s minds, due to the onslaught of new, better, more innovative, noisier brands with more frequency and heavier media weights.

Remember “Charling Balakubak” tv ads? The original version had a dapper, handsome man (Charlie) in a party. His dance partner is shocked witless, seeing dandruff flakes on his dark-colored suit.

Another version featured a woman sharing her umbrella with a man under the rain. As in the template story, the girl is turned off after seeing dandruff flakes on the guy’s shoulder.

Gard Shampoo tv commercials drove many men to buy the product in supermarkets. But with the coming of Head and Shoulders, Clear, Pantene, Rejoice and the others, the brand, like its rival Selsun Blue, also retreated like bats into the night.

Does anyone miss Gee-Your-Hair-Smells-Terrific, the fragrant shampoo with its benefit promise attached to its kilometric brand name? It is quite a puzzle why a favorite brand such as this made a sad farewell.

As far as the beauteous Halo girl Lulette Moran is concerned, she did not say goodbye like her old shampoo brand.
The Economics UP grad now lives in England happily married to a half-English, half French businessman Philip Monbiot.
They have a lovely daughter and two sons, and, along with bosom friend Mercedes Zobel, she devotes part of her time in civic causes, notably - Women For Women International: a group based in London helping women survivors of wars rebuild their lives.
Posted by Roger Pe at 5:21 PM