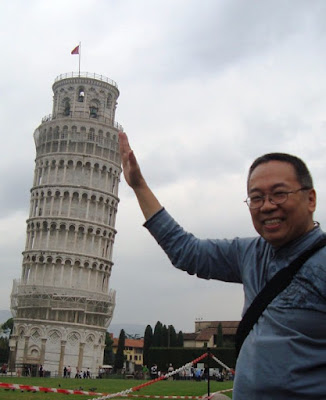 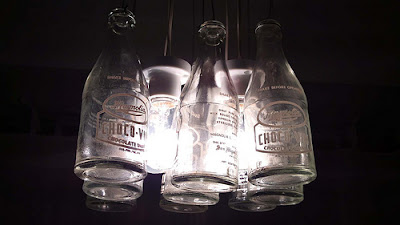 It was so delicious especially when it’s freezing cold. And what a delightful summer treat it was when the energizing drink would harden like ice.

Many referred to Choco-Vim as their comfort drink. At 35-50 centavos then, Choco-Vim was perfect to cool the tropical heat down.

It was a big come-on for kids, teens and adults alike. When stocked for hours in the freezer, you can see all the choco-goodness settle at the bottom.

All you need is just shake it and, voila, the delightful flavor is yours and you get a refreshing drink that’s full of yummy goodnes.

Some people might remember this Choco-Vim ad, which featured a “tisay” girl in a photo shoot, coquettishly posing like a Karilagan model.

Karilagan was the most prestigious during that time similar to today’s Calcaries. Ping Valencia, Toni Serrano, Baby Santiago, Baboo Mondonedo, Pearlie Picache, Conchitina Bernardo were some of the famous models idolized by many.

On top of the ad was this headline: “Someday, I’ll be a glamorous model.”

The print campaign also ran with cute, cuddly kids holding the bottle up and sipping its chocolicious taste.

The ads made a splash in top weekly magazines like Women’s, Graphic, Philippines Free Press and dailies.

“Choco-Vim was my idea of chocolate heaven back when I was a kid in the 60s,” said Alex Castro, a veteran advertising creative director and writer of many Tessie Tomas stand-up comedy shows.

In his interesting “A Fly And A Flea” blog that archives a wide collection of vintage Filipiniana and other pleasant finds, Castro wrote how the chocolate drink became the darling of everyone during the 60s till the late 70s.

“When the family would go visit my aunt in Manila, she would welcome us with servings of Choco-Vim, picked out from her freezer,” Castro recalled.

Castro’s aunt ran “Herran Kiosk”, a popular hangout for students and office workers where a lot of Magnolia goodies were served.

Little did Castro also know that he would one day be working closely with Choco-Vim, even write, compose songs and do ads for his favorite choco-milk drink.

As fate would have it, Choco-Vim and Castro’s paths crossed once again, this time in the halls of one of the country’s most dynamic ad agencies in the early 80s – Ace-Compton.

By then, Choco-Vim was rebranded as Magnolia Chocolait and was assigned to the ad agency. Castro found himself writing the ads for it as a copywriter.

“Magnolia Chocolait was made to appeal to the young go-go crowd and one of the product’s most memorable tv ads was one that featured teeners cavorting on a beach as the jingle "Superdelicious Chocolait, Supernutritious Chocolait.." played on and on,” Castro mused in his widely-read blog.

“I guess my love and affinity for Choco-Vim, a.k.a.Magnolia Chocolait, showed. It won a lot of creative awards,” Castro said with pride.

Even if Castro knows that Magnolia Chocolait“ is the reincarnation of Choco-Vim, he still longs for the day for the brand to return to its original name, bottle, flavor and all.

“People from my generation still pine for the nourishing, revitalizing Choco-Vim. There's even a Facebook group devoted to this bottled chocolate goodness!” he said.

Why the Choco-Vim brand name change? It is quite amazing how people remember Choco-Vim rather than the company that made it.

It was all about branding Magnolia.
“The strategy was to position Magnolia as the premium name in dairy products whether in cheese, milk or ice cream,” said a marketing analyst.

On close scrutiny, Choco-Vim’s advertising during its heyday made the word more prominent than the ubiquitous Magnolia logo on top of it.

Size-wise, the Choco-Vim brand name stood bigger and much bolder than Magnolia, relegating it to the background. Perhaps that explained why people remembered Choco-Vim more than the word Magnolia.

There was also a foreign brand with a similar name which made things complicated. It enhanced the name change faster,” said another ad agency veteran.

With the resurgence of Milo in the 80s powered by a relentless marketing blitzkrieg and more aggressive advertising support than ever before, the writing on the wall became clearer and bigger. Magnolia Chocolait has to give way.