HOW TO MAKE A "BENTA" (Conclusion) 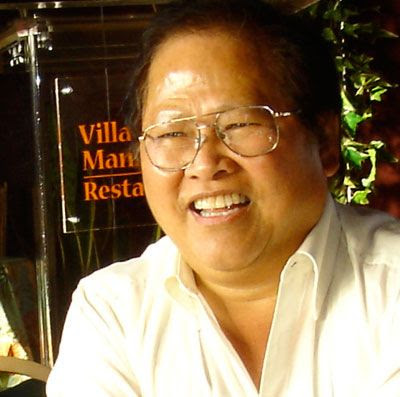 In social media, the word “Benta” is cool, meaning everyone, especially the young, likes your joke.

The word your neighbor sari-sari-store owner only knew is now coated with approbations, dusted with sweet meanings.

“Benta” is an idea sold and retold.

On Twitter, it’s an opinion you made and people ticked it as their “favorite”, retweeted and passed on.

In your favorite bookstores, the word is part of Greg Macabenta’s book title, quietly sitting on top of a turn-of-the-century Filipino salesman on the cover, doing, what else, making a sales pitch.

The title is highlighted with a different color tone to make the word pun rise above the seemingly plain Advertising 101 phrase. It’s actually very clever. Look closely.
It’s by fate’s design that Greg Macabenta got into advertising. He did not gate crash into it like many did. As in “Slumdog Millionaire,” the Oscar-winning movie said, it was written.

The book’s full of anecdotes, funny and poignant, insightful and revealing, and most of all, filled with accurate accounts of events in Philippine advertising during one its most unforgettable days.

“When I landed my first ad agency job, there were no advertising schools in Manila, not even Masscom as a course.

We all had to learn the business through trial and error. Making up solutions to problems others had not encountered before,” Macabenta said in his book.

To those who think winning awards is the be-all and end-all of advertising, they better read Macabenta’s book.

To those who are prone to doing campaigns without solid marketing backgrounds and well-thought of strategies to back them up, Macabenta has these to say:

“Advertising is a job for the streetwise. Books can feed you theories and principles but unless you’ve taken a ride in a sales truck, smelled the stink in ‘palengkes’, listened to tens of thousands consumers, seen your copy demolished by harsh realities of the marketplace, twisted the arms of media reps, and matched wits with a savvy competitor, you don’t really know what advertising is all about.”

Well said by the battle-tested and formidable marketing warrior.

Are you a freshman in advertising? Are you the jaded adman who’s only worked within the confines of your ad agency walls and never ever really felt what it’s like marketing in the dingy side of Divisoria and other similar markets?

Lest anyone think that everything in Macabenta’s book has no value in today’s digital age and ever-exploding social media, he’ll be proven wrong.

From beginning to end, Macabenta’s invaluable insights are very relevant in the context of the 21st century and beyond.

For the disciplines he has experienced and learned in the past, and he’s now sharing are the same principles - “as valid today as they were several decades ago.”

Funnyman Macabenta explains another reason why he wrote the book.

It is to honor advertising’s unsung heroes whose people he referred to as ghosts - because they don’t carry bylines like journalists, columnists, book authors, poets and painters do.

While he said paintings carry the artist’s signature, a musical piece bears the composer’s and lyricist’s names, advertising people are “like speech writers consigned to anonymity”.

Macabenta writes it not only for himself but as a tribute to “the crazy, creative, driven, flighty, sober, soused, incomparable and unforgettable folks who populate the ad industry – men and women, and variations, thereof, for whom I have the greatest affection and to whom this book is dedicated.”

For those who only know advertising as “Kidlat Awards”, a yearly gig and booze in the white sandy beaches of Boracay, and Ad Congress every two years, Macabenta is known for his biting wit and mastery of satire.

He worked in broadcast production, copy, creative direction, account management, PR and general management before becoming president and CEO of Advertising & Marketing Associates (predecessor of DDB), one of the top 5 ad agencies in the Philippines during its heyday.

He was president of the Philippine 4A’s and chairman of Ad Congress before he immigrated to the U.S. in the late 80's to set up his own agency, Minority Media Services, now considered one of the pioneers in ethnic marketing in the U.S.

“How To Make A Benta” is the author’s first book, full of his trademark irreverent humor, garnished with revealing stories culled from real trade practices and situations.

“It is a virtual history of the advertising industry over the past half century,” according to one of advertising’s most respected chairmen.

Students of marketing, advertising, communications and public relations will find it a “rich source of insights, as well as a nostalgic treat for veterans of the advertising wars”.

Milo "Olympic Energy", where he and his team used conventional and guerilla strategies and tactics to wrest market leadership from Ovaltine

Nescafé "Great Cities of the World," one of Nestlé's most successful coffee campaigns that kept the brand dominant in the Philippine market

When Philippine ad agencies could hardly land on Clio finalists’ list, Macabenta’s Milkmaid "Grow Tall Little Man" garnered two Clio certificates, an All-Japan commercial competition trophy and an Award of Excellence in the Philippine Ad Congress, and made a film star out of Niño Muhlach.

He created "World's Number One Child," an ordinary product claim into a powerful selling proposition, thus solidly reinforcing the brand's market leadership in the face of strong competition onslaught.

In www.howtomakeabenta.com, Macabenta shares his out-of-the-box approach to creativity, positioning, niche marketing and media strategy - the highlight of which was a Gold Effie for the most effective non-English campaign in the US, winning it for Wells Fargo ATM Remittance Account launch.
Posted by Roger Pe at 4:31 PM