WHAT IS YOUR BRAND'S POINT-OF-VIEW? 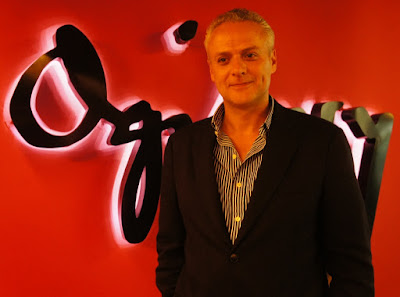 A consumer is not a dog, you whistle and he comes to you.

In a larger scale, consumers have changed the ad industry we built.

They have become more and more demanding. As their lifestyle changed, they’ve become much in control.

“We should change the way we communicate to them,” said recent Manila visitor Paul Heath, Ogilvy Asia-Pacific CEO.

“At Ogilvy, change is our lifeblood, stagnation our death knell,” he told an audience when he spoke about creativity and effectivity in digital age.

New technology, new apps, new amazing things that come our way, would creativity whittle down because everything is now possible at the touch of button?

And the question many people ask: would the Internet and viral kill television as a medium?

If you ask Heath, that wouldn’t be quite so.

“It is fashionable to say that viral is going to kill tv, but the fact is, there is no killer medium, we just have killer choices now,” he said.

Heath emphasized the major role tv plays as far as targeting a near perfect brand awareness percentage is concerned.

He noted that television still stands out as the one old-media business with surprising resilience.

“Even if consumers are spending a great amount of time online now, we are also watching great amount of old-fashioned television, across so many cable offerings, in addition to the major networks,” he said.

“At the end of the day, it is how you look at it, how you do your own media mix, how you change your business modem and drive consumers to the web where you can talk to them where it wasn’t possible before,” Heath stressed.

How very right he was. At the end of the day, did consumers know your product regardless of what medium you used?

Speaking of change, Heath noticed how the winds of change are sweeping in the industry, how it has changed its activities of interest and how communicators are communicating to consumers.

“Our number one concern is always to adapt to those changes and build creativity as our weapon of differentiation,” he said.

It’s probably why Ogilvy Asia Pacific is romping off with regional awards one after the other.

Last year, Ogilvy was chosen Network of the Year by Campaign Asia during the latter’s annual Agency of the Year Awards.

At the same awards show, it also took home the Creative Agency Network of the Year award, for continuously producing great work that worked effectively for many clients’ brands.

“Creativity is survival, it is vital,” Heath said.

“We have evidence that creativity is 11 times faster and more effective than a campaign that it is not,” he said.

If that is by any indication, Ogilvy Asia Pacific walks the talk, extremely proud of the recognitions the industry peers have bestowed on one of the world’s most creative networks.

“Winning these awards last year was a fantastic way for Ogilvy Asia Pacific. In a year where we celebrated David Ogilvy’s 100th Birthday and put the power of creativity firmly at the centre of our agenda, it is a great recognition of our efforts,” Heath said on its company website.

In the same festival, Ogilvy capped its highest finish ever, placing second in the Network of the Year category.

Heath is proud of Ogilvy and Mather’s leadership role in the Philippines – citing brand Dove’s point-of-view: “All women are beautiful.”

The growing importance of Asia in the world market is one of the reasons why change is an important word to the Ogilvy network.

“An organization that embraces change is successful in building business,” Heath said.

The network’s proprietary tools, all catalysts for change have helped guide many of Ogilvy brands to market effectivity and brand successes.

The Big IdeaL™, the 4Es, the Last Mile and 360 Digital Influence are just some of them.

Internally, Heath is proud of ongoing changes happening across every country in the network.

One such is the online and offline people-training program that has already logged in 170,000 hours since it was initiated.

In this digital age, one just needs to follow the Ogilvy formula to be a huge success.
Posted by Roger Pe at 10:24 PM