THE COPYWRITER WHO WROTE HER TICKET TO SUCCESS 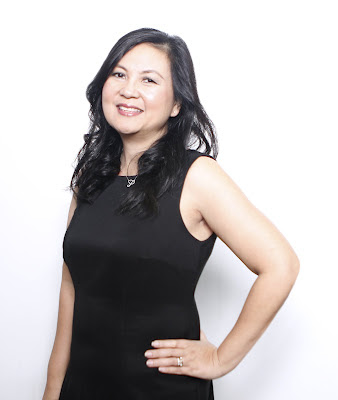 If David Ogilvy were alive today, he would be tweeting as much as he would be posting memes on Facebook.

Chances are, your followers will also be retweeting his nuggets of wisdom and your mutual friends, sharing his posts twice over.

Last year, the advertising industry celebrated the 100th birthday of a man regarded as the Father of Advertising, likewise, acclaimed author of two of the industry’s most influential books: “Ogilvy on Advertising” and “Confessions of an Advertising Man.”

At the end of the longest red carpet ever rolled in Cannes’ Palais des Festivals, a big billboard was mounted with this copy: “On this day, 100 years ago, David was born to inspire.”

On to the next 100 years. Would Ogilvy’s words be as relevant as it was inspiring when he mouthed them?

Universal truths and immortal teachings cannot be quantified by mathematical equations, especially if you have a believer as “codified” as Peachy Pacquing, newly appointed Country Head and CEO of Ogilvy Manila.

Pacquing was barely two days old in her new post during the interview. Interestingly, her appointment came on her third reincarnation in Ogilvy, an undeniable fact that she really was destined to head one of the country’s dynamic ad agencies.

Pacquing immediately strikes her audience with characteristics similar to strong Filipino women of the industry: Emily Abrera and Yoly Villanueva-Ong.

On her acceptance of the challenge, David Mayo, Ogilvy & Mather ASEAN President said:

“Pacquing has proven herself to be a collaborator, a business builder, a brand expert and in the new digital age, a leader beyond compare.”

“I never dreamt of being a CEO. I just watched how people, like Miniong Ordonez (former chairman of Basic), did it. I just fell in love with the industry and invested in something that was very gratifying,” she recollects on her journey.

To Pacquing, gratification is putting a lot of discipline in everything she does, whether doing a campaign, strategy planning, or now, managing an entire agency.

She lived out of a suitcase before, hopping from one airport to another, visiting thriving market hubs to manage a best-selling shampoo as a regional creative director, business building like no other.

The multi-disciplined creative who has literally and figurativelly gone places, intends to immediately pull together a formidable team in each of Ogilvy’s value-oriented department to deliver a long-term pool of robust talents.

“I want to come up with work that Filipinos and consumers can be proud of and relate to,” she says.

“I am looking forward to setting the course for Ogilvy with a series of moves that will put the agency ahead of the competition and connect us more closely with the emergent new Philippine consumer,” she said in an announcement.

Before she became Ogilvy’s CEO, Pacquing’s portfolio is volume-thick with awards garnered from the world’s most prestigious award-giving bodies, name them, she has them.

She dotes on the agency and admits that she is lucky to be in an organization that constantly asks you to do better.

Regionally and globally, the Ogilvy network is at the totem pole of creative rankings. It is redundant to mention that it is 2012’s Cannes Network of the Year, a dizzying achievement that rattled the usual suspects in the world’s biggest advertising festival.

In the Philippines, the agency is a vibrantly creative company with five companies under its roof, each doing a full-range of communications services.

Saying it with true grit, Pacquing is proud of the fact that Ogilvy is aligned with her own values. “That’s the reason why I keep coming back to the agency.”

She tells people there is genuine respect in what people do in Ogilvy. She seems right on target and determined to steer Ogilvy to new heights based on her vision.

“You want to understand where it is headed. That’s what keeps me up at night. It’s sobering when you have something to look forward to when you wake up in the morning,” she intimates with circumspect.

David Ogilvy’s quotes are like precious gems in a jewelry box, which among them would she pick as her favorite?

Pacquing can’t be caught flat-footed. The staunch keeper and fierce advocate of Ogilvy’s doctrines answers with a mark of a true leader:

Pacquing runs that in her head every time she interviews people. She makes it a point to probe and ask: “Will the probable candidate make me insecure?”

Pacquing is Ogilvy-personified so intense we caught her garbed in some shades of red, the Ogilvy corporate color.

“In everything we do, the Ogilvy creative culture is always at the forefront of our business, our creativity as fluid and seamlessly integrated,” she says.

For Pacquing, growing the business should be done with a strategy likened to that of winning a war, do it intelligently.

“The world is pitch-crazy these days,” she hollers. “While we want our business to grow every year, we want to do it the better way – done smartly.”

How does she inspire people?

“I lead by example. If people are working on it, I am working on it. I don’t hesitate to ask people, if you need me, ask me.”

Nothing is beneath Pacquing. She still carries the values many Philippine advertising greats taught her.

She values honesty and people who do their work passionately.

She treats everyone in Ogilvy as an extension of her family – nurturing and trying to bring out the best in people, sharing what she had learned throughout her colorful, illustrious career.

Giving something back for Pacquing is an obligation, it’s no surprise you’ll find her teaching Visual Communications at UP College of Fine Arts every Saturday.

She came back to Ogilvy Manila in March 2008 as 360 Planning Director and also was Talent Leader.

Today, the copywriter who wrote her own ticket to her newly found destination has arrived.

The passionate observant who has partnered with many brilliant Filipino creatives and worked under the scrutiny of legendary Neil French has gone full circle.