CAN YOU EVER FORGET THESE ADS?

Some ads are memorable, some ads pass like a ship in the night, quietly, barely noticed.

Sometimes it takes only one element in an ad that makes it unforgettable. Like the way the end shot of a commercial is edited.

When Alice Dixson turned to the camera after saying the line “I can feel it!” at the end of that Palmolive commercial, it stuck to the minds of consumers.

But more than that, it takes a big idea, uniqueness, inventiveness, new touch or insight, production excellence, creative catchphrase that make ads memorable.

Things we call triggers and hooks, rational or emotional that are able to connect to us.

Here are a few more:

Part of a series that made the brand bestselling, largely because of an effective commercial that was outstanding, technically. Produced with attention to the littlest detail. The camera work had the quality of a Hollywood movie you wouldn’t think it was shot by a Pinoy.

Talk-of-the-town during its time and made the agency popular for its well-crafted tv advertising. 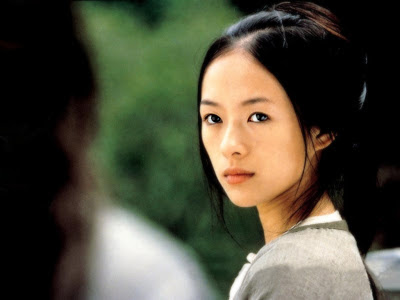 Milette, the OFW’ wife of Tonyo couldn’t contain her excitement with the homecoming of her dear husband. At the old Naia airport, she shouts his name and hysterically runs towards him past the long immigration queue.

She almost trips into several baggage carts, but who cares? As soon as they embrace into each other’s loving arms, the haunting song “Babalik Ka Rin” by Gary Valenciano wafts on air.

Many people connected with this ad no wonder it consistently landed on the list of of ‘all-time favorites’. Sensitively portrayed by PETA actors and actresses.

A simple ad with a simple message that was delivered with a strong punch. The full-page print ad came out in the country’s main broadsheets right at the heels of Edsa People Power 2.

The visual: a hand with a cellphone that says, “Message Sent” on the screen in digital font. The hand is set against a backdrop of that memorable part of our history: Edsa Dos.

The commercial opens in the kitchen with the chef giving his approval - the soup is good to go. When it is served to fine-dining Zhang Ziyi, yes, the Chinese superstar of “Crouching Tiger, Hidden Dragon” fame, she finds it “too salty”.

The chef feels insulted, goes berserk and runs amuck with all the waiters ready to gang up on her. All the elements of a Chinese Kung Fu movie begin to unravel: stunning sommersaults, sidewall calisthenics, chandelier death-defying stunts, axe throwing, name it. Zhang does it with nary a scratch on her porcelain skin.

After dust has settled in the restaurant destruction, could she pay all the bills in the wake? Leave it to Visa. Multiple Clio statues winner in 2002, masterpiece of David Guerrero, BBDO-Guerrero agency founder, Chairman and CCO.

Why, the entire billboard was covered with real plants, Fukien Tea Plants, to be exact. So?

The whole billboard was environmentally friendly. The plants were contained in 3,600 pots made from old Coke bottles and designed to help the plants grow sideways.

According to the agency, “the potting mixture was made from industrial byproducts and organic fertilizers, and a drip irrigation system was installed, allowing water to drip slowly to the roots of plants, through a network of valves, pipes, tubing, and emitters.”

If there is such thing as waterworld, brace yourself for the railwayworld, a permutation of the harsh life in Manila’s railways. Unbeknownst to our rich brethrens, poverty has given birth to a sub-life in this part of the city.

Memorable, because of its hard-hitting social commentary: “The longer they stay, the longer they squat.” A literally moving piece addressed to our politicians, who continously fall blind to the long time social problem: how to decongest the city of urban squatters who are used only for their voting bloc power and then forgotten.

Never before an ad gave us a visually gritty documentary, toured us to the deep bowels of the railway slum area and enlightened us.

She is a pretty girl in her office attire, in a hurry as she walks along the sidewalk. She’s exchanging text messages with her boyfriend, looking forward to her dinner date with him.

She arrives at the restaurant and her boyfriend is there. We see them face-to-face from outside of the window, and by their body language, we know that they’re madly in love. And then, they start using sign language.

We find out that both of them are deaf. The commercial used actual deaf talents in producing this poignant ad, powerful story, written by Emily Abrera.

Webster defines pun as “a form of word play that deliberately exploits ambiguity between similar-sounding words for humorous or rhetorical effect.”

Indeed, the agency exploited the phrase beautifully and brought home with a sackful of awards for its Ad Congress campaign on print, radio and tv, enroute to making that year also one of the most memorable ad congresses ever
“BOOBS” (AMA Computer College, Campaigns & Grey)

Written by the acknowledged Queen of Philippine radio advertising, Ompong Remigio, this radio commercial breaks a lot of rules. It is not your usual over-the-top, saccharine, heavily emotive Filipino tearjerker with barking and over-zealous announcer.

It is candid, honest, sincere conversation between mother and daughter about going to college and finding a better life – with a comedic touch.

Mom says she will do the best she can to send her to college even if she ‘crawls on the ground’. The lines are engaging from the beginning to the end, and delivered naturally so one’s tendency is to eavesdrop on what they are saying.

The highlight is when daughter says, “mag-bold star na lang kaya ako?” to which her mom says: “Wala kang boobs.”