IN AN EXPAT-LADEN REGION, THIS PINAY BRAND BUILDER ROSE TO THE TOP 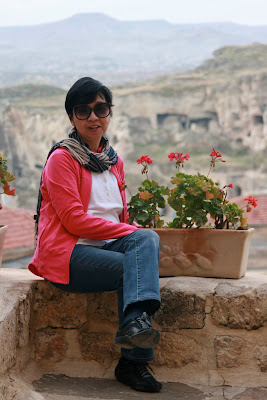 She could have been a scriptwriter or a network star.

To pursue them, she took up masters of communication arts, majoring in writing and tv production in Los Angeles’ Loyola Marymount University after graduating from Ateneo de Manila.

Though fate intervened, she still ended up in a related field – advertising.

On her very first ad agency, Mitos Borromeo was tasked to manage multinational brands because she was perfectly fit for the role.

She was cut to be a leader early on because she had a commanding presence and she never feared to express her thoughts when she was right.

On her way to tougher positions in advertising, she became a client services director around Southeast Asia.

She was destined to be because it was up her alley, an expat in the truest sense of the word who spoke English with ease in a corporate world surrounded by tough multinational brand builders.

Mentoring, training, accounts servicing on the job, battle-tested Borromeo was one fine example of a Pinay who succeeded in foreign expat-laden region.

No wonder she became an executive vice president in Thailand for two years, a managing director of a giant multinational ad agency in Manila, eventually expanding into a bigger and challenging role - CEO of a multinational media agency, and coming full circle in an atmosphere she’s very at home with.

In the lead role at Bates 141 Philippines today, Borromeo’s career is colorful, each sequence as vivid as the colors of life, each episode, an enthralling story in itself and as exciting as Tartikoff’s series.

She was naturally piratable. Lintas, predecessor of Lowe Worldwide, gave Borromeo more space to grow as a management supervisor. Her account management style would bring her to the huge, complex Indonesian market handling the Unilever business for six years.

Together with Eleanor Modesto, the Filipina country manager at Lintas Jakarta, Indonesia’s biggest ad agency, she did strategizing and herculean efforts to improve the ad agency’s accounts servicing standards.

She would soon spread her wings to Lintas Bangkok replicating her Jakarta role as advisor and on to executive management position. “Though English was a problem, I had fun with the Thai people,” she says on the lighter side. 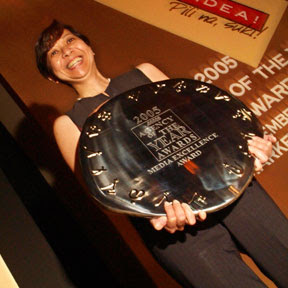 Next was Lowe Malaysia where she was once again on top of a highly demanding job, making sure that the agency’s bread and butter business were in place. She handled the confectionery business of her agency in Kuala Lumpur.

She’ll discover that one of her strengths was handling operations. Over a decade of managing different brands and clients in different markets, Borromeo was ready to to go back to the country. She was appointed Managing Director of J. Walter Thompson Manila.

OFF TO BIGGER THINGS

The booming media business was transforming Manila’s advertising landscape. It was time for Borromeo to go for bigger challenges.

Mindshare, the global marketing and media network with 115 offices in 82 countries throughout the USA, Latin America, Europe, Middle East, and Asia Pacific, beamed on the horizon.

Borromeo was picked as Managing Director largely because she was a non-media person. The company needed someone who had a grip on the bigger picture, somebody with a broader scope and knew how to develop strategies, meeting them and making plans realized.

Her star shone brightly even more in 2004 when GroupM hired her as CEO of the Philippine office.

GroupM has over 17,000 employees around the world with 400 offices scattered in 81 countries.

The company is also under WPP Group, formed to serve as the parent company of the holdings company’s media agencies: Mindshare, Mediacom, Maxus, MEC, and Kinetic (the world’s largest outdoor media agency) among others.

It handles over 32% of the world's media billings, making it the world's largest media investment management operation.

Borromeo wore two hats at the same time, the person in-charge of Mindshare and GroupM. “I find pleasure in solving a problem in each of this organization,” she tells Inquirer Sunday Biz.

She woke up one day, tired and said: “I want to enjoy life.” Borromeo travelled across the globe and changed the course of her career. Rejuvenated when she came back, she joined Good Thinking, Inc., a communications company owned by Ferdie Frejas and Issa Baron, as a strategy consultant.

Today, she’s made a 360-degree turn and back to managing an ad agency she wants clients to respect for its creative output, and wholistic approach to marketing.

“I want people to think of Bates 141 spontaneously because our work speaks for itself,” Borromeo says.

Called an exceptional talent by former regional chair Tim Isaac because of her diverse perspective, Borromeo is right on track to be a formidable agent of change in the agency.

True enough, the agency recently won new businesses from Wyeth. “We go after for new business opportunities rather than wait for them to come to us,” she says.

Her management style?: Borromeo builds on people’s strengths and uses them to boost their efficiencies. “I would defend people to the end if they can show me that they’re right. I love being challenged. I prefer people with their own perspective and point-of-view,” she stresses.

For advertising freshmen, the Bates brand started in 1940, with Ted Bates as the founding father. He grew it to become the world’s fourth largest agency group.

WPP bought Bates in 2003, but the latter’s management team in Asia fought to keep the company alive and retained its BatesAsia 141 name.

In 2008, BatesAsia 141 re-branded as Bates 141 with a new logo. It also announced the acquisition of Singapore-based 10AM, one of the most creatively awarded ad agencies in Asia.