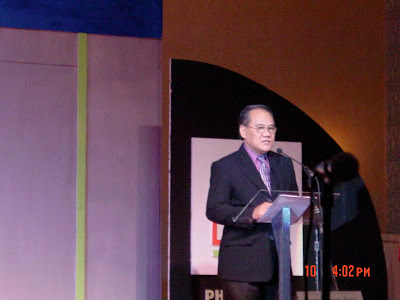 Everything in this agency is ‘disruptive’.

For one, those sparkling Agency of the Year trophies displayed in the foyer make you envious.

From the moment you step into the building, located just across a coffee factory along Yakal Street corner Chino Roces, the creative aroma in the lobby already wafts in the air you want to explore more.

To describe what you see is like using the network’s famous global campaign for Absolut Vodka. Absolut delight.

But that’s getting ahead of the story.
Allow us to disrupt this conversation a bit by getting familiar with “Tibwa” – the cool way people address this awesomely creative ad agency.

TBWA-Santiago, Mangada and Puno is the ad agency some ad industry folks don’t even know what its acronym stands for: Tragos, Bonnange, Wiessedanger and Ajroldi. Surnames of American, French, Swiss and Italian management, marketing, creative and client services experts, in that order. The Filipino managing partners are Jimmy Santiago, Melvin Mangada and Jacinto Puno. 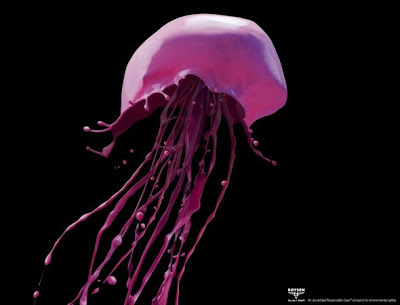 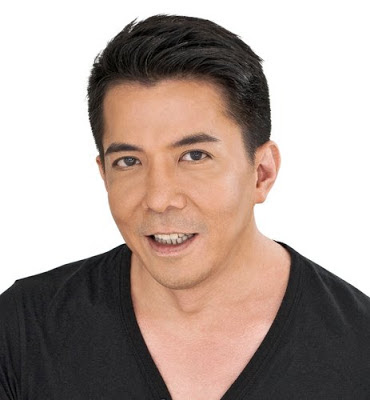 TBWA was established in 1970 in Paris, which the agency founders hoped to tap “the richness of different cultures and the thrust that comes from diversity.”

Since then, TBWA has become part of the Omnicom Group, one of the world’s Big 4, and the holdings company of an agency network with a formidable creative reputation. Two of its sibling agencies are BBDO (Batten, Barton, Durstine and Osborn) and DDB (Doyle, Dane and Bernbach).

Only 12 years old in Manila, the agency is in a different class, in a league of its own, poised to earn the title – the ad agency with the most number of Agency of the Year titles, all of them five and going to its sixth.

Why is this so? The agency practices what it preaches, according to TBWA-SMP Manila founder and managing partner Jimmy Santiago.

“Everyone in the agency is trained in the culture of ‘Disruption’. We are unconventional in our thinking and in what we do. It is evident in our way of life,” he proudly says. 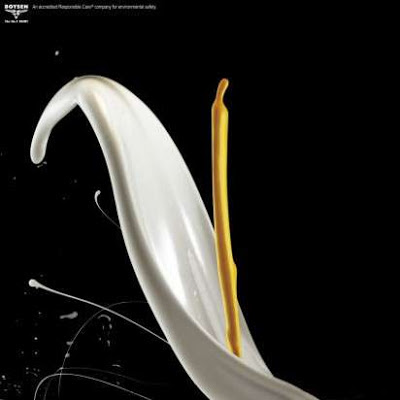 Santiago walks the talk. Where people used to do the same things over and over again, he tells Business Monday: “Before creating an ad, we begin at the root of it all and ask ourselves, what are the business issues?” Call it sound thinking and even sounder creative work, that’s TBWA-SMP for you.

The agency’s ‘Disruption’ philosophy was written by TBWA’s worldwide chair Jean-Marie Dru in the 90s and has become the network’s global mantra.

In layman’s terms, it is a belief, a religion, a culture of doing things that puts aside the conventional way in order to rise above the clutter and finding new discoveries.

Just how unconventional is TBWA-SMP? 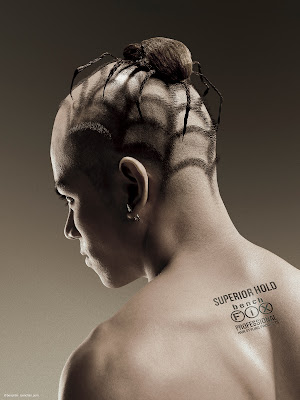 From the unassuming office location to the interior surprise, from the pieces of furniture to exquisitely fine paintings hanging on its walls, from out-of-the-box Christmas party presentation ideas (short films that’ll ultimately become concept presentations to clients) to how they conduct brainstormings, TBWA-SMP is indeed a media arts hub. Even in the way this interview was conducted.

“Melvin Mangada, Chief Creative Officer and one of the agency’s managing partners, makes all the difference,” says Santiago.

Mangada is largely responsible for making TBWA-SMP a sparkling jewel in the TBWA crown in Asia. He sits on the TBWA Worldwide Top 20 Global Creative Directors elite group, which screens the network’s entries to awards shows.

Santiago spotted Mangada in a UP College of Fine Arts thesis deliberation where the latter had the most unusual concept among the rest – “an A3 poster within a poster” for a copying machine brand.

Mangada was offered an Art Direction position straight out of college. The rest is now history, and history is continuously being revised to accommodate his yearly blaze of glory. He is the Creative Guild’s first Hall of Fame awardee.

Multi-awarded Mario Monteagudo, one of Santiago’s aces at Ace-Saatchi, acknowledges his former boss: “Jimmy knows how to bring out the best in you, very inspiring. He was my ECD when I won the Creative Guild’s Print Ad of the Year for 4 consecutive years, he says.”

Santiago was one of 17 children of a carpenter and a peanut vendor in Bulacan’s Baliuag town. A public school awarded him “Natatanging Anak ng Baliuag “in 2005 and picked him one of the “Most Outstanding Alumni” during its Golden Jubilee Year.

At age 14, Santiago was already writing short stories for Liwayway Magazine, and at 19, wrote the Tagalog libretto of Jesus Christ Superstar (Aliw Awards winner for Best Dinner Theatre Musical, 1977). At 20, he contributed teleplays for television.

He was the only student who passed UP college admissions test in his batch. He enrolled in UP CFA and graduated on top of the college’s pioneering advertising course together with Eleanor Modesto who became the first Pinay ad agency country manager in Indonesia. 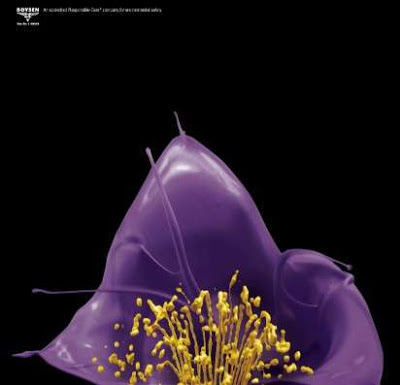 Santiago started as a copywriter at Ace-Saatchi and rose to become VP Executive Creative Director from 1989 to 1995. Together with a stable of highly talented creative people, they made the agency a hot shop for creativity. The results were resounding successes one after the other, with the agency dominating every Ad Congress and Creative Guild annual competitions.

In 1980, he joined the Metro Pop Songwriting Contest together with Jose Mari Chan with the entry “Hahanapin Ko”. He won the FAMAS for Best Theme Song from a movie “Pakawalan Mo Ako”, collaborating with songwriter Louie Ocampo. He recently contributed to the Second Christmas Album with the song “Pagdating ng Pasko”.

Santiago was a Creative Guild president and a Lifetime Achievement awardee from the same award-giving body. He was elected 4A’s president in 1995 and was Ad Congress Creative Committee chair in 1991, 1997, 1999 and 2001.

Santiago believes in young people. “I believe in fresh graduates. Melvin Mangada was the first-ever fresh grad to become Art Director on the first day of his working life,” he says.

“I believe that people are born into advertising. They can never be made to like advertising. It is a craft so difficult to master but those who are born to be good at it are having a ball doing iconic work,” he says.

As an employer, Santiago believes that the people who leave their agencies for the so-called “challenges outside” are not leaving the agency. They are leaving their bosses.

Management style? “As a department head in need of someone in his department should hire the candidate who has the strongest potential to be his future boss,” Santiago says.

“I believe in “succession”. He cites this example: Cid Reyes, former head of Ace-Saatchi creative department, hired me at Saatchi. Later on Cid reported to me as his ECD. I hired Mon Jimenez Jr (now Philippine Secretary of Tourism) from UP as part of my P&G team at Saatchi. Mon later on became co-equal to me, and Cid when he was promoted to ACD.

“By-passing the CD level, Mon became ECD in 1987. Cid and I were his Creative Directors for a year until Mon left to form Jimenez and Partners. After a few months, I became ECD, that’s when Cid reported to me.”

TBWA-SMP isn’t just an agency. It is an organization with a soul. Santiago and his team conduct a series of lectures on Disruption and Media Arts in different universities like De La Salle, St. Benilde, U.P. and Miriam College. Santiago and Mangada are adjunct professors in U.P. College of Fine Arts.

Yearly, TBWA supports Fine Arts Advertising majors who could not enrol and enter their senior (thesis) year due to lack of finances. “We cover their tuition and allowances until they graduate— no strings attached. When they finish the course, they would be free to apply to any ad agency in the country,” Santiago says. 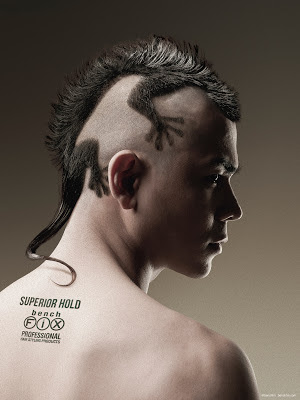 Talk about ad agencies that consistently figure well in Cannes, Clio, One Show, Asia Adfest and Spikes Asia, TBWA-SMP is top of mind, one would run out of space enumerating them. The agency also always lords it over or at least lands in the top 3 of Araw and Kidlat Awards.

This year, the agency was proclaimed Grand Prix winner in the TBWA Disruption Awards for Boysen KnoxOut Project Edsa: Clean Air Campaign, upstaging over 80 countries in the global TBWA network.

The agency says, “the award champions the champions of disruptive thinking, a key methodology for TBWA offices to help businesses fast track their growth strategies.”