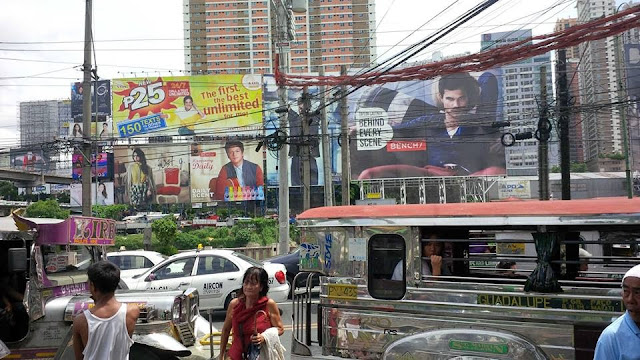 (As it appeared in Mumbrella, specisl thanks to Robin Hicks)

While doing my usual morning rounds to check on emails and messages on social media, I saw a post on Facebook that read: “One step behind, that’s Philippine advertising. Billboards look like print ads, print ads look like leaflets, radio commercials are spoken print ads and TV ads are radio scripts with pictures.”

While some people might think that it’s a sweeping generalization, truth is, I have long wanted to make the comment that the heyday for billboards has passed, but held back for as long as I could, so as not to annoy friends in the industry.

But a former chief creative officer and CEO of a multinational ad agency beat me to it and validated my fears: billboards in Manila, indeed, are increasingly resembling leaflets or fliers, he says.

I would have to agree. While Manila has won Cannes Lions, Clios, One Show Pencils and Spikes, is home to many talented people, has a vibrant local creative awards show, and is one of Asia’s most prolific entrants to the world’s biggest advertising festivals, the city is flooded with billboards that look as if they were created by salesmen.

Choke me to death seems to be the covenant when local Gods of outdoor media descended into this tropical eden. Words are aplenty. Layout chaos is the order of the day. Forget about the awards book.

Suffocate every available white space seems to be the standard rule.

Mix and match (or ‘halo-halo’ as we’d say in the Philippines) the fonts. The more, the merrier, it seems. Could it be because halo-halo is also a favorite Pinoy dessert?

The city has seen many great, globally applauded campaigns like Coca-Cola’s 60 X 60 foot ‘Living billboard’, a sign made up largely of living plants, which absorb carbon dioxide (made by McCann WorldGroup Philippines). 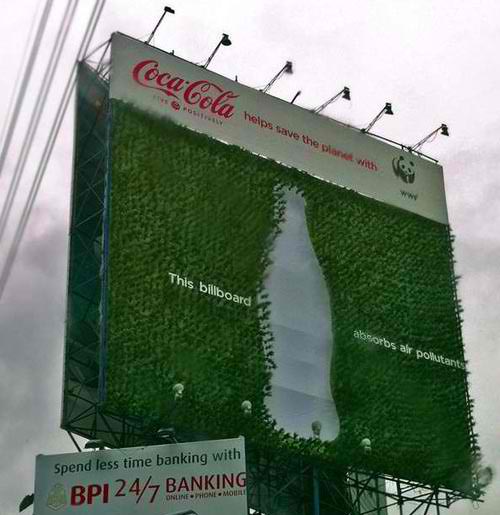 Ogilvy Manila produced a number of category-breaking outdoor ads for Pond’s way back in 2007, including a red light on the cheek of a woman’s face that lit up like a pimple. Sad to say, bad billboards dominate the good on Manila’s cluttered skyline now. 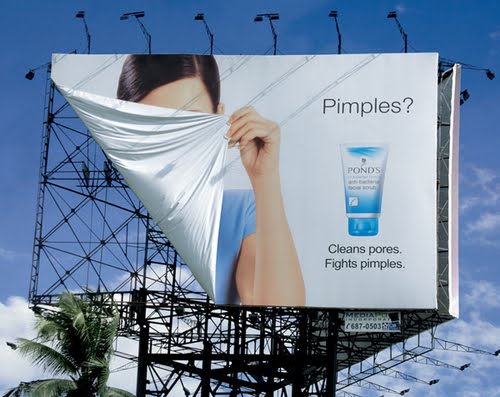 And as skyscrapers boom and mushroom in the city, the bad ones grow in number. One only needs to cruise along a stretch of Edsa (Manila’s busiest highway), from Monumento to SM North to Cubao, Shaw, Boni and Guadalupe to see the spectacle of screaming billboards.

Many marketers, even some advertising practitioners, today seem to think that a billboard peppered with lots of hard-sell messages will be more effective. Not so. They just cause more accidents and traffic chaos on the road.
Posted by Roger Pe at 12:32 AM