FROM BURGER BOY TO GLOBETROTTING BUSINESSMAN 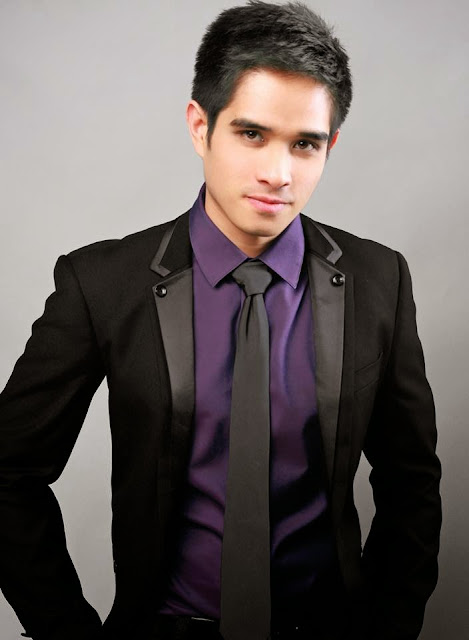 He could be the next matinee idol right now and give local heartthrobs a run for their money but he chose to pursue his dream of becoming a successful businessman abroad.

Bored from a year of doing nothing while vacationing with his sister in Baguio, Jay Acuzar was walking along Session Road when he saw this sign at a famous fastfood store: “Now hiring: service crew.”

He peeped through the window and liked what he saw. People were having fun while they worked and thought their uniforms were kinda cool.

He wasted no time, applied and was promptly taken in. Soon after, he was cleaning tables, mopping floors, running around for food orders and interfaced with customers at the counter cash register.

Acuzar immensely enjoyed his work, made a lot of friends, and being ‘artistahin’, received flaterring notes from random people who frequented his fun workplace. More importantly, the “clean-as-you-go” training he got at the establishment would stick on long after he left. He applied it to his daily routine when he started living independently in Makati until he migrated to the United States a couple of years ago.

Today, he is a successful entrepreneur based in the U.S. doing business with a multi-level marketing company that is ranked the 20th largest in the world. The company develops and manufactures high-quality nutritional supplements, healthy weight-management and personal-care products.

Starting at the bottom he now consistently ranks among the top ten associates in North America. Most recently, he ranked number 22 in the world by the company that was among the Top 20 on Forbes’ 200 Best Small Companies List for third straight year in a row. 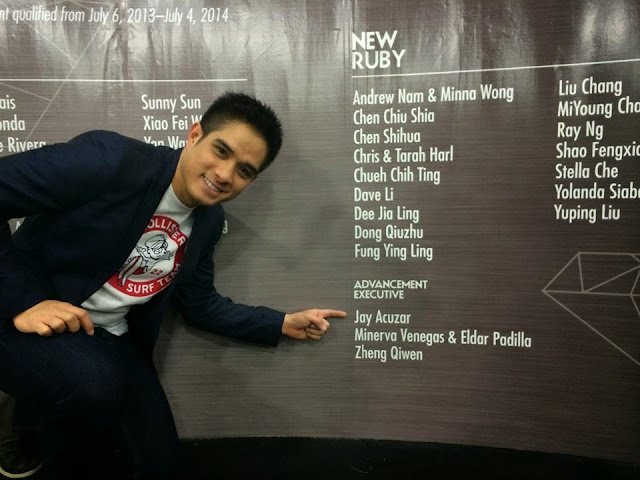 The company he deals with was also voted one of “50 Best Places to Work” by a business magazine for third year in a row and official supplement supplier of the United States Ski and Snowboard Association (USSA) in 2011.

In 2012, the company undertook massive rebranding and received several industry, design, and communication awards. In the Philippines, it is operating with a dynamic and fastest growing workforce, providing money opportunities to people with a large people network base.

Acuzar’s work allows him to travel frequently and enjoy unlimited income potential. His target: to barge into the business’ “MDC” (Million Dollar Club) soon, a feat not too hard to achieve because he is just as hardworking as those who have already made it.

As a businessman given the privilege to represent a company known for its integrity and instilling good values, Acuzar is more than happy to share his success story to fellow Pinoys.

But first, a little background on how he started in the U.S., a country whom he had so much fascination, even when as a kid.
“I wanted to be in an environment that will cultivate and mold me to be globally-competitive. It was always been my dream to become not only financially independent but rich, to be straightforward about it. 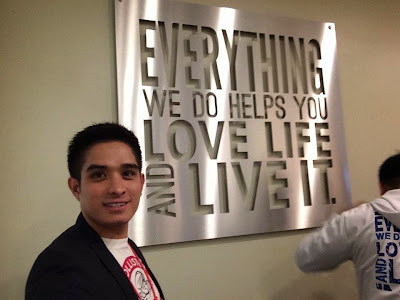 The U.S. wasn’t such a tough place to adapt to for Acuzar. He spoke English like a native. As a kid, he watched tons of English movies and since his dad was an English professor, he got to fit in really quick.

His mindset when he first set foot in the U.S. was to be on the same level as the locals. Born competitive and naturally curious, Acuzar always thought about the future and kept searching on how to become that one thing he wanted to be: a rich businessman.

“People who live their dreams and make the most out of life make things happen,” he says. “People who see the positive in every situation, bring the best out of other people by inspiring them to be the best they can be for themselves and for other people inspire me the most,” Acuzar intimates.

Acuzar was born in Solano, Nueva Vizcaya. His mother was a Bicolana and his father a Batangueno. He studied elementary and high school in Saint Louis School of the same town and went to college in Northwestern University, Illinois.

The boy who fancied about big houses, cars and abundant life for his family has made them a reality at a young age. His business is doing well and he credits that to his being competitive in a positive way.

“Being a Filipino in a foreign country is awesome,” according to Acuzar. “You just have to understand each other’s ethnicity and every person you meet. Respect them and their culture and you should be just fine,” he says.

Acuzar notices the fact that Filipinos excel in anything they do. “We dominate and we are easy to love,” he says. “Filipinos are hard to ignore, we are awesome,” he proudly mentions in a long distance interview.

How is it like being in a far away country and missing Filipino things he used to enjoy?

Acuzar looks at it as an upgrade without being condescending to his fellow Pinoys. “At first, you miss the things you do back home, but my perspective on this is to be able to learn new stuff, things I can add to the wonderful things I have learned from the early stages of my life in my homeland,” he says.

Acuzar is one Filipino who will always speak positive about fellow Pinoys. “When Filipinos see their kababayans around, they entertain them well and make sure they have fun. They generally go out of their way for them to experience a wonderful time,” he says. 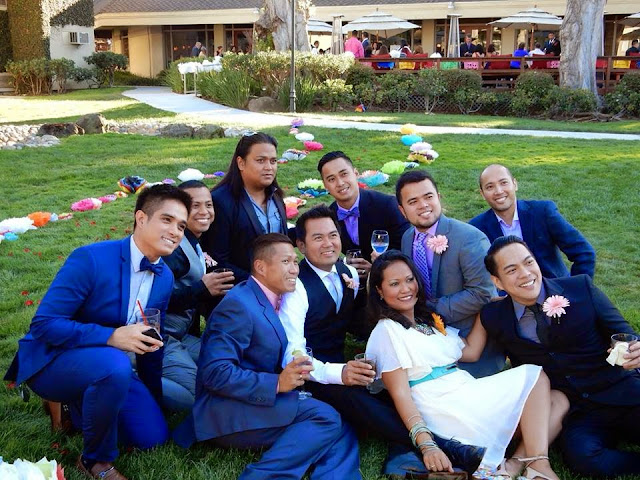 While he was in Utah last August for a 4-day convention organized by a company he does business with, he noticed a group of Pinoys staring at his group. In no time, they made contact and the group offered to tour them around the city, even made a fiesta-like buffet for them as a welcome treat. “Filipinos are so welcoming,” he narrates, that must be our world-renowned hospitality trait,” he says.

But there will always be negative people around, how does he deal with them? “I have met some who do not acknowledge where they come from and keep on griping about their own country. What I usually do is I let them say what they have to say and then I do my part by saying nice things about the Philippines. I think most people who see the Philippines negatively are those who watch too much tv news,” he says.

Inspite of having been away from home for a long time, Acuzar has never forgotten his roots. He makes it a point to always keep in touch with fellow Filipinos wherever his hectic schedule takes him. He also enjoyed meeting other people with different backgrounds. For him, it’s always great to be learning new things from people from all walks of life each day.

For those who’d want to pursue the “American Dream”, Acuzar has this advice to his countrymen: “The world offers many choices and opportunities. We just have to believe that we deserve it.”

He says Filipinos just need to learn to identify great opportunities from the bad. “Dreams are just there waiting to be fulfilled. Keep on dreaming, keep on believing, for a good future awaits those who seek greatness. Just believe you can make it and always have faith in God,” he says.