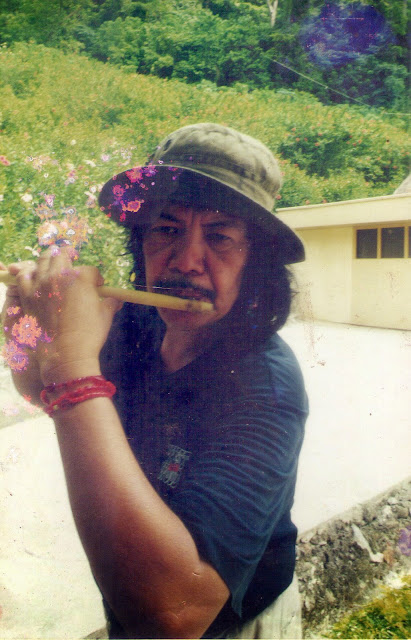 When the album was launched, the song made many residents who have long left the island to come home. They were in tears hearing the song, which likened our culture and traditions to the special kind of “Lato” native to the town – that if we don’t take care of our seas, the “Lato” will die, and if we don’t transfer our native music to the next generation (like “Tipano” and “Toting”), they will all vanish.

The effect impassioned him to research and compose more songs even going to great lengths to promote Philippine ethnic music here and abroad.

During the recent Asean Cultural Fair held in Myanmar, Lanzanas and his group represented the Philippines and enthralled the audience with a repertoire of melodic traditional songs. Their performance, arranged the unique “Sinika” way was the most applauded and received a standing ovation from the Filipino community.

When not performing abroad, Lanzanas goes back to his roots and conducts out-reach programs to preserve the “Tipano” music, the Cuyono bamboo flute music now on the brink of extinction.

Lanzanas has been propagating native Filipino music, mainly the indigenous kind from Palawan since barely out of college, even while already working.

He and his group perform in events like anniversaries, fiestas and other cultural celebrations in the Philippines and overseas. Composed of family musicians, relatives and friends, the group has participated in most cultural festivals of the country sponsored by the Department of Tourism.

In 1992, the group got their major break when then Mayor Edward Hagedorn named Lanzanas Director for Culture and Arts Development Program of Puerto Princesa City.

When he left PAL and joined Hyatt Palawan Hotel, Lanzanas’ group provided entertainment to hotel guests with popular island folk songs. When economic instability forced the hotel to stop operation, he sought the help of then Governor Salvador Socrates to support a project he thought would excite the province’s domestic tourism program.

With the governor’s support, Lanzanas went around the province showing his own produced silent movies. He called it “Sine Boyon” - to inform and educate school children about the province and the Philippines’ tourist potential as a whole. 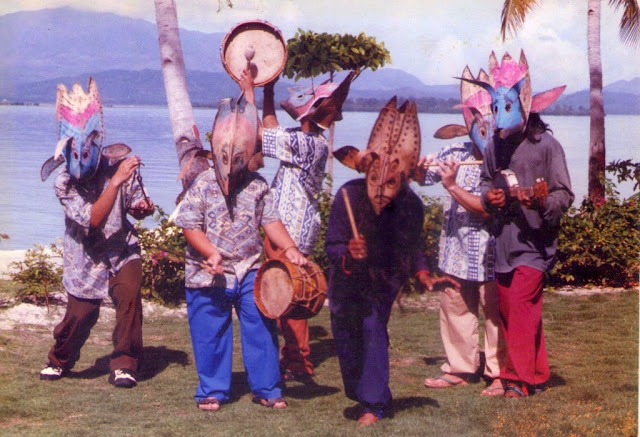 He spent many afternoons jamming with these native music stalwarts. Soon, he would learn and inherit their music and the “Tipano”, “Tambora”, “Ati”, “Sinulog”, etc. would enrich his cultural trove, an inheritance he would also pass it on to younger Filipinos.

Lanzanas produced a weekly radio program over the old radio station DYPR. The effect was immediate and caused many locals to feel nostalgic about their own music. His relationship with musicians from far-flung barangays also became closer.

His cultural program “Sa Kapoporoan” (in the islands) became a favorite of many and a channel of communication with island communities.

While preparing for his weekend program one day, Lanzanas called his young children Ela, Jericho and Kim (Picolo, the youngest was still a baby) to gather around him and asked them to sing with him old Cuyonin songs (“King King Anay Wa-wa”, “Tarinting”, “Layang Pasyak”) and other children songs.

The result was instantly electric. Lanzanas discovered inherent musicality in his children and the sessions would frequent to include another group of talented kids, his children’s friends: Lua, Corinne, Quddos and Anis from the Timbancaya-Padilla clan. They formed the first “Sinika” group.

Lanzanas’ personal advocacy expanded beyond Palawan shores. He became a music teacher, taught talented employees wherever he was employed to sing regional folk music of Luzon, including those of Ilocos, Cagayan Valley, Baguio, Bicol, Mindoro, Romblon and Masbate.

Japan featured Lanzanas’ “Sinika” extensively with 4 episodes on NHK TV in 1996 for its cultural and environmental mission. His song “Basura” (“Gomi”) was translated to Nippongo and other foreign languages) by the same network so it can be used globally to educate people about proper garbage disposal.

Another important chapter in his music advocacy was being part of Palawan Integrated Area Development Project Office. Funded by the European Economic Community, the group was tasked to teach environmental subjects to different tribal groups – the Palawán, Tagbanua, Bataks and the island communities.

“Music was my chosen media and I started to compose songs with different environmental themes and format,“ Lanzanas recalls.

“Salamat Inang Kalikasan” was a Palawán inspired thanksgiving song using the Kudyapi, the two-stringed sitar of the Palawán tribe, “Mr. Pera”, was a humorous song about greedy businessmen that exploited local natural resources. 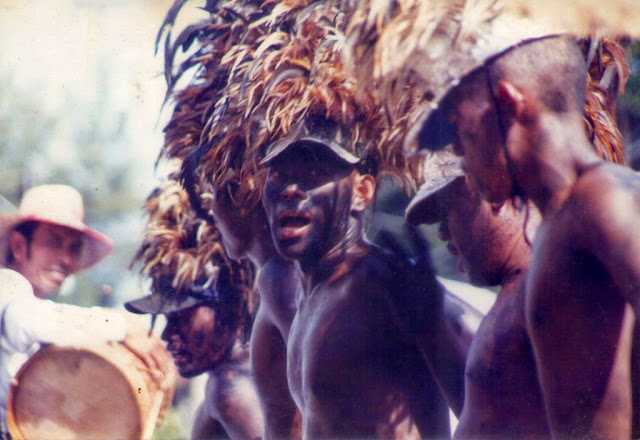 While part of PIADPO, Lanzanas composed the music theme of a tree-planting program “Pista Y Ang Kageban”. Today, it is a vibrant, colorful, fun-filled full-blown annual festival celebrated in the verdant mountains of Barangay Irawan, the watershed of Puerto Princesa City.

Born sixty-five years ago in a remote southern Palawan town (Brooke’s Point), Lanzanas seemed to have taken his talent from his parents who are likewise musically and arts inclined. Both highly respected educators in the province, his parents Santos and Loreto wrote the “Grand Palawan March”, eventually becoming the official provincial hymn.

Lanzanas grew up in Puerto Princesa. His mother taught at Puerto Princesa Pilot Elementary School while his father was Division Superintendent of Schools for the entire province during the 60s.

He credits Joey Ayala for bringing “Sinika” to Manila in 1995 to perform with him in an international tourism forum sponsored by Philippine Tourism Authority and some of his most important concerts. 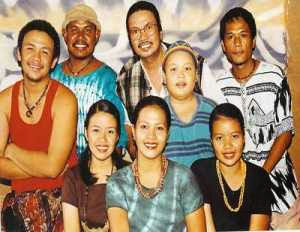 Throughout his musical career in espousing Philippine native music, Lanzanas has done research and study on ethnic arts and island music, wrote and composed songs with cultural and environmental themes, infused tribal instruments with island music, created outreach programs to distant communities and a lot more.

Presently in town, Lanzanas is focusing on El Nido, introducing and teaching school children in different barangays how to play the “Tipano” and developing a guidebook on how to play it.

The Lanzanas family has also converted its ancestral home into a school for traditional music with focus on “Tipano” and island music. ”If Sinika will be supported by our cultural institutions, we may level the situation and succeed in our mission. If not, the danger of extinction is at hand,” he says.

Lanzanas would like to give his heartfelt thanks to Chairman Jun De Leon of the National Commission of Culture and Arts, the highest cultural institution of the Philippines for choosing “Sinika” to represent our country in the Asean Cultural Fair. “We hope this is the beginning of a long endeavor in preserving some of our endangered native music and the promotion of our country through traditional music,” he says.