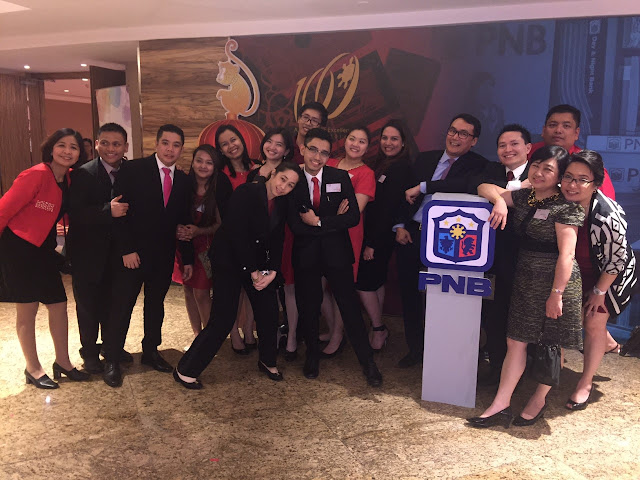 When Philippine National Bank launched “Para kang nakasandal sa pader” (like leaning on a sturdy wall) advertising campaign in the early 80s, the line immediately created buzz. It had a word-of-mouth appeal that was cool to say, eventually spreading like wildfire. People mouthed it casually or deliberately, and the catchphrase would become almost a part of the Filipino colloquial language.

Talk about it, the slogan would immediately be associated with PNB. Calling it as a success was an understatement. The brand effected positive recall for the bank. No wonder, PNB then was named one of the best Filipino ads when the Philippine ad industry celebrated its silver anniversary.

Though millennials may not recall it now, the awareness it generated during its time was better than most noisy ads on air. The copywriter did a great job in crafting it - street-smart. How else would you respond to a creative brief wanting to communicate stability?

The bank celebrated its 100th year this year and is already looking forward to its next with many programs and services geared towards giving the Filipino many firsts.

One of the highlights of its centennial year was giving 100,000 Philippine Airlines (PAL) Mabuhay Miles to 100 lucky cardholders in a promotion called “100 Winners in 100 Days.”

Let’s travel back in time.

PNB was the de facto Central Bank of the Philippines as early as 1916 up to 1949. It established its first branch in Iloilo on July 24, 1916 and opened its doors to international banking when the New York branch was established in1917. It put up five more domestic branches and another overseas branch in Shanghai, China the following year. In 1955, it was authorized to operate as an investment bank with powers to own shares and to issue debentures.


It launched the first online Electronic Data Processing System in the entire Far East when it transferred its head office in Escolta in 1966. Between 1967 and 1979, PNB continued to expand its operations by opening offices in London, Singapore, Djakarta, Honolulu and Amsterdam. Its domestic network also expanded, opening 14 more provincial branches. 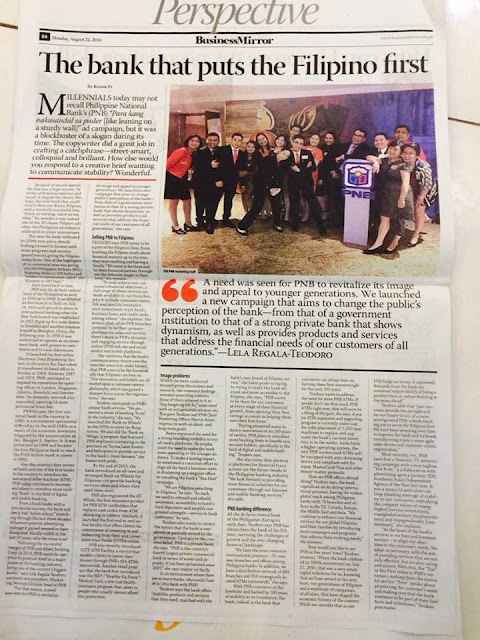 PNB became the first universal bank in the country in 1980. It encountered operational difficulties in the mid-80s as a result of the economic downturn triggered by the assassination of Senator Benigno S. Aquino, Jr. It was privatized in 1989 and became the first Philippine bank to reach the P100-billion mark in assets in 1992.

Also the country’s first Universal Bank and one of the first banks in the country to introduce the ATM (Automated Teller Machine), PNB today continues to innovate and plans to introduce more banking “firsts” in the field of digital and mobile banking.

From a bank leader with a spectacular success, the bank suddenly had ‘fallen asleep’, stretching through the last three decades. Whatever positive advertising mileage it gained seemed to have dissipated. Hardly visible in the last 10 years, why the noise now?

“Following the successful merger of PNB and Allied Banking Corporation in 2013, PNB wants to continue to position itself as a major player in the banking industry, being one of the country’s biggest banks,” says Lela Regala-Teodoro, Assistant Vice-President, Marketing Services Division Head of PNB.

“For that reason, a need was seen for PNB to revitalize its image and appeal to younger generations. We launched a new campaign that aims to change public’s perception of the bank - from that of a government institution to that of a strong private bank that shows dynamism as well as provides products and services that address the financial needs of our customers of all generations,” she says.

Teodoro says PNB wants to be a part of the Filipino’s lives, from teaching the Filipino youth about financial matters up to the time they start working and having a family. “We want to be there and be their financial partner throughout the different stages in their lives,” she stresses.

“To help achieve our customer’s financial objectives, a full range of these services are made available in our branches, which include consumer loans, life and non-life insurance, unit investment trust funds, business loans, credit cards, among others,” she explains. She reveals that while PNB branches continue to be their primary platform for sales and service, there’s more to PNB’s dynamic and engaging service through online (PNB website and social media) and mobile platforms. 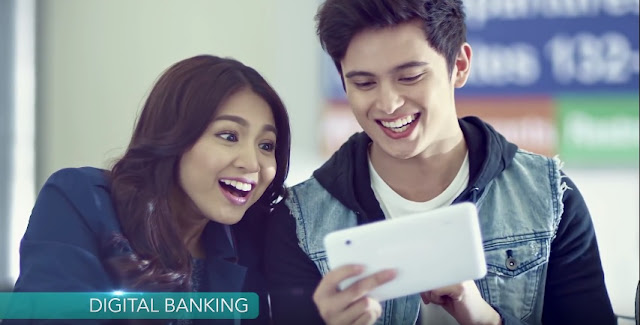 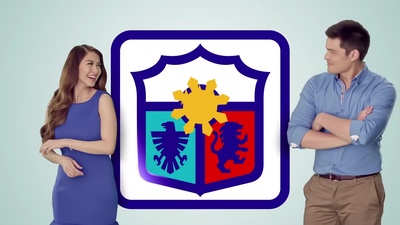 She mentions that the bank’s communications thrust over the next few years is to make known that PNB aims to be the financial ally that Filipinos can lean on. “Our innovation and beliefs are all rooted upon a customer-centric philosophy, which has gained a sharper focus across the organizations,” she says.

Teodoro takes pride in PNB’s unique bank services. “We pioneered a series of banking “firsts” in the industry,” she says. “We launched the “Bank on Wheels” in the 70s to serve far-flung towns. We also did the “Bank on Wings”, a program that featured PNB employees journeying to the province on Toyota Land Rovers and helicopters to provide service to the bank’s client-farmers,” she beams with pride.

By the end of 2015, the bank introduced an all-new and revamped “Bank on Wheels” for Filipinos – to provide banking services when and where they need them most.

PNB also engineered the ATMSafe, the first insurance product for PNB ATM cardholders that replaces cash stolen from ATM skimming or robbery. Similarly, it launched the first end-to-end online facility that offers clients the convenience of investing in and redeeming from their UITFs (Unit Investment Trust Funds) online.

When the bank conducted focused group discussions and research, the summary findings revealed unsettling answers. Some of them referred to it as “Ang bangko ng Lolo ko”, associated with an octogenarian senator, etc. This gave Teodoro and PNB Chief Marketing Officer Martin Reyes impetus to work on short and long-term goals.

Reyes expressed the need for a strong branding visibility across all media platforms. He emphasized the need to make the bank more appealing to the younger audience. To make a lasting impact, he mentioned a conscious effort to align all the bank’s business units in drumming up a singular effort in cascading the bank’s “You First” campaign.

“We are Filipinos preaching to Filipinos,” he says. As such, we need to rebrand and rebuild awareness, accessibility to bank’s loyal depositors and amplify our greatest strength – service to bank customers,” he says.

Teodoro also wants to correct the notion that the bank is completely or partially-owned by the government. Contrary to the common belief, PNB is a private bank, she says. “PNB is the country’s 4th largest private commercial bank in terms of assets and deposits. It has been privatized since 2007,” she says matter-of-factly. 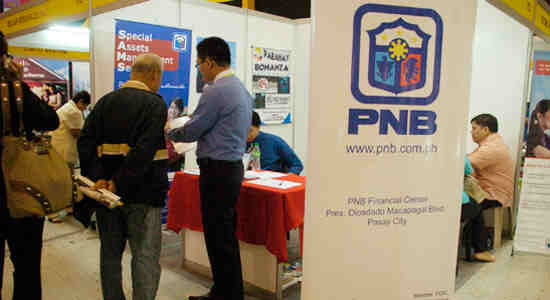 In an environment where there are so many banks, why would Juan de la Cruz bank with PNB?

Teodoro says the bank offers stability, products and services that they need, matched with the bank’s own brand of Filipino service,” she takes pride in saying. In trying to make the bank relevant and more accessible to the Filipino, she says, “PNB wants to be there for our customers at every stage of their financial growth, from opening their first savings accounts – to helping them own their first home.”

“Having pioneered many industry innovations in its 100 years of service, PNB plans to introduce more banking first to benefit new account holders, specifically in the field of digital and mobile banking”, Teodoro says.

She also notes that electronic platforms for financial transactions are the future trend in the Philippine banking industry. “We look forward to providing more financial solutions for our customers through our Internet and mobile banking services,” she adds.

As the de facto Central Bank of the Philippines during its early days, Teodoro says PNB has always been the bank of the Filipino, surviving the challenges of growth and the ever-changing financial landscape.

“We have the most extensive international presence – 70 overseas branches and offices among Philippine banks. In addition, we have a distribution network of 669 branches and 954 strategically located ATMs nationwide,” she says.

With PNB customers at the forefront and backed by 100 years of stability as its foundation, the bank indeed is the bank that customers can always lean on. Serving them first unwaveringly for the next 100 years.

Teodoro wants to address the need for more PNB ATMs. If people don’t see that much PNB ATMs right now, that will soon be a thing of the past, she says. A major ATM expansion and upgrading program is currently underway. An order placement of 1,000 new machines to replace and augment the bank’s current inventory is in the works. Aside from a higher operating system, the new PNB modernized ATMs will be equipped with anti-skimming device and compliant with Europay, MasterCard/Visa and other money-matter protocols.

How are PNB offices abroad doing? Teodoro says, the bank capitalizes on its strong international presence, having the widest global reach among Philippine banks with 70 branches and offices in the US, Canada, Europe, the Middle East and Asia. “We continue to enhance our financial services for our global Filipinos and their families by introducing more campaigns and programs that address their evolving needs,” she answers.

How would you like to see PNB in 5 years time? Teodoro answers: “When the bank celebrated its 100th anniversary last July 22, 2016, that was a very meaningful milestone for us, knowing that we have served at the very least, two generations of Filipinos and a multitude of companies, of all sizes, that have shaped the economic history of the country.  While we consider that as our PNB badge an honor, it conversely demands from the Bank the sustained responsibility of being a positive force in nation building in the years ahead.”

Teodoro adds that “past successes provide the springboard for our future vision of a more reinvigorated PNB: a Bank reaching out to serve the Filipinos first. We have been investing over time to improve the Bank and its brand, transforming it into a more agile, sales-driven, and customer-centric organization.”

Most recently, too, PNB launched a thematic tv advertising campaign with a new tagline, “You First”, a collaboration with advertising agency partner IXM, Southeast Asia’s Independent Agency of the Year last year. It was a means to articulate our long-standing message of stability to our customers, embodying the company values of “”Mapaglingkod (Service Orientation), “Mapagkakatiwalaan” (Trustworthiness), and “Mapagmalasakit” (Commitment), she explains.

“At the heart of the bank’s services, is our first and foremost instinct - to align our objectives to the customer’s needs. We adapt as necessary, with the aim of providing services that are not only effective, but are also caring and sincere. With this, the “You” in You First refers to PNB’s customers, making them the reason for service. “First” speaks about prioritizing the customer’s needs and making sure that the Bank continues to be part of their lives’ firsts and milestones,” Teodoro punctuates.
Posted by Roger Pe at 7:49 AM