WHY ARE WE NOT A TEA-DRINKING COUNTRY? 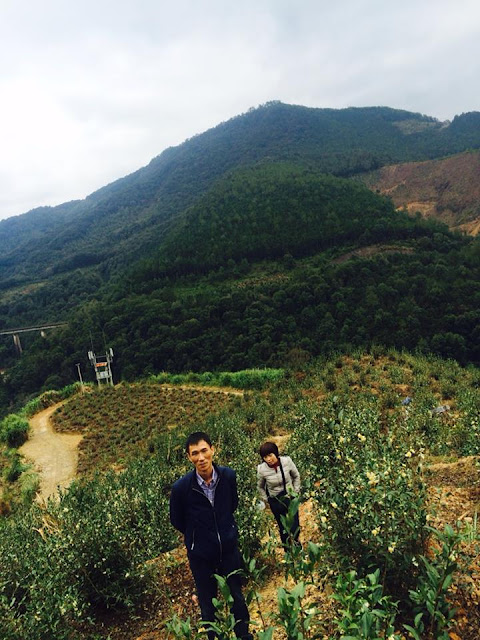 Coffee, tea or … chances are, you’ll choose the first.
You probably know the reason. Centuries of Spanish colonization introduced us to ‘tsokolate eh’ and ‘tsokolate ah’. Decades of American rule made us love coffee, espresso, decaf, americano, instant and other ways of preparing it. We relegated tea as medicine and for its other curative powers. Some even have a condescending thing about it. So it never prospered.
But did you know that two billion people around the world drink tea every morning? Here are more facts and they are startling:
3 billion tons of leaves of tea are produced around the world for global consumption. The US imports 519 million pounds of tea every year and 1.42 million pounds of tea are consumed by Americans every single day. Turkey leads the world in tea consumption per person, (7 pounds of tea every year) roughly about 1,400 tea servings.
Tea is also largely known as an anti-oxidant, elixir for healthy skin, slimming and can help fight colon cancer. 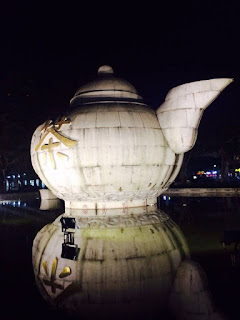 According to global tea export index as of 2016, China is by far, the world’s largest consumer of tea, at 1.6 billion pounds a year.
Kenya remains the global export leader with a 25% share of exports (mainly black tea). China is second with 18% (mainly green tea). Sri Lanka is in third place at 17%, with India at 13% and Vietnam at 7%. Argentina rounds out the top 5 with 4%. Indonesia continues to slide at 3% as tea growers in the country are switching to other cash crops, primarily palm oil.

For thousand years, Chinese people have consumed tea and drinking the beverage has become synonymous to its culture. As written in history books, drinking tea began during the time of Han Dynasty emperors in 2nd century BC.
Recent findings conclude that tea originated in southwest China and an early credible record of tea drinking dates back to the 3rd century AD.
Tea was then introduced to Portuguese priests and merchants in China during the 16th century. It then became popular in Great Britain in the 17th century. The British then introduced tea production, as well as tea consumption to India, in order to arrest China’s domination of the world’s tea market. 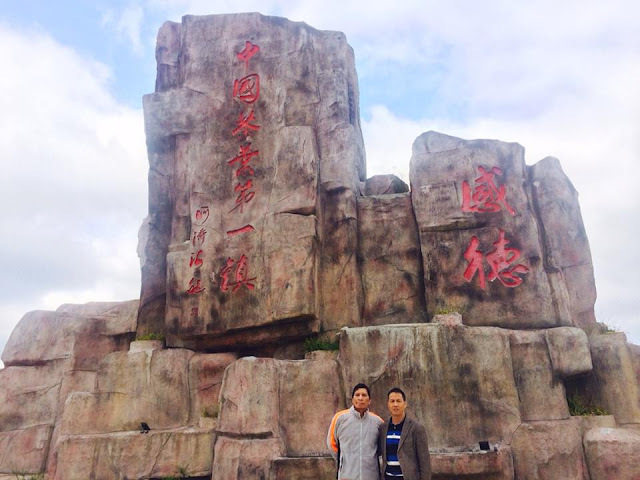 How it all began

In 2737 AD, legendary Chinese Emperor Shennong ordered his subjects to boil water before drinking it to help contain an epidemic. He was said to be drinking a bowl of boiled water one day when leaves from a nearby tree got blown into his water, changing its color.
He took a sip of the brew and was delighted by its flavor and restorative effects. He subsequently tested medical properties of various herbs, some of them poisonous, and found the tea to have worked quite well.
A similar Chinese legend goes that Emperor Shennong and other gods of agriculture would chew the leaves, stems, and roots of various plants to discover medicinal herbs. If they consumed a poisonous plant, they would chew leaves of tea to counteract the poison.

Though I have been to China (only by a stopover in Guangzhou airport), I have never seen the real beauty of the mainland. Fast forward after ten years, I finally set foot on one of its most beautiful cities, where I was to meet my brother whom I have never seen in my entire life.
It was serendipity that brought me to Anxi, a small city in Fujian province, famous for its world class Tieguanyin tea. A nephew’s colleague in the civil government is also one of the city’s most recognized Tea Masters, Chen Liang Gu, who himself cultivates a vast tea plantation and exports high-grade tea to the world. 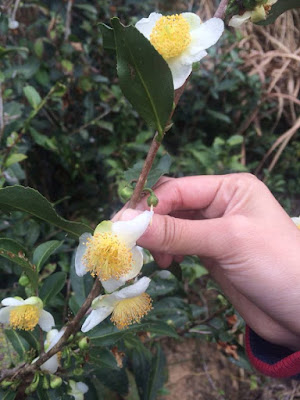 Anxi’s fame stretches throughout China, as well as around the world. Because of its high altitude geography, incredibly rich soil, moderate sub-tropical climate and plentiful rainfall, it is perfect for growing the best tea in China.
“Long before India and Sri Lanka started growing tea, the Emperors of China were already enjoying it for centuries,” Chen told me through an interpreter.
I came to know Chen when my nephew brought me to his tea saloon where he showed us how to prepare and serve tea, reminiscent of the emperor days. The drinking ceremony lasted cup after cup after cup, a cordial ritual with plenty of smiles, stories and handshakes after.
Before calling it a day, Chen told us to get ready the following day with our thick coats as we will climb the hills of Yunzhongshan Mountain Reserve, a long 90 kilometer-drive from the city proper.
This was supposed to be China’s famous tea plantation attraction. If we have the Ifugao Rice Terraces circled by rice paddies, the mountains in this area are all covered with hectares upon hectares of refreshing tea shrubs and trees, with farmers tending to their lush gardens.
The breathtaking trip took us to rural China. We passed through magnificent mountain tunnels I lost track counting them. As we snaked through several vertigo-causing highland skyways, we arrived in Gan De, the gateway to Anxi’s jaw-dropping tea plantation.
We had lunch in a roadside café that served us native chicken prepared like “Adobo” (swimming in tea oil when served to us), and a dish similar to our “Tinola”.
We trekked up a mountain full of tea trees, a knee and lung-busting challenge. The view was simply gorgeous and exhilarating. The experience was punctuated by weird sounds coming from the other side of the mountain. I was told that they were tigers growling.
On our way home way past sunset, we made a stopover in a mountain café. We had a feast of boiled duck (with meat falling off its bones), stewed mutton, pungent steamed rice and lots more cups of tea. 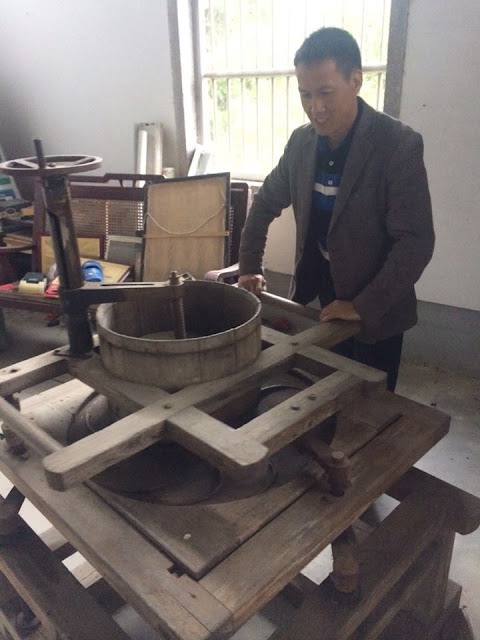 The best thing about Anxi is that it is a small county, population density is low, and it has lots of mountains covered with green forests, which means you will be able to find peace and quiet to accompany your hot cup of tea.
Many tourists come to Anxi to learn the history of tea, visit its tea factories and its tea gardens are open to the public. The city has the world’s largest teapot, a sculpture located at the plaza overlooking many tea-drinking shops. It is here where the most famous tea-trading hall is located, called China Tea Capital, located on Hebin North Road.
Within this complex, you will find countless shops, booths, and independent vendors with bags full of dried tea leaves for those who want to take a part of Chinese tea culture home. The prices here are lower than elsewhere in China since you will be purchasing straight from suppliers.
Tea gardens are also popular stops where you may enjoy a beautiful setting surrounded by natural scenery and lovely music, all while tasting top selections of tea from each garden’s specific menu. Some are family-owned, others are owned by private clubs and tea plantations.
Tea harvested between mid-September and mid-May in Anxi are the tastiest. The most popular type is called Tieguanyin, with references the “Iron Goddess of Mercy,” grown and produced in Anxi since the 18th century, and today, ranks among the most expensive teas in the word.
Tieguanyin is a variation of oolong tea with a fresh and smooth taste. Oolong tea is characterized by its unique production process: Leaves are picked, dried under hot sun, and oxidized until they curl up, sometimes followed with a light roasting period. They have a wide array of flavors, but always come with rich aromas and complex essences. 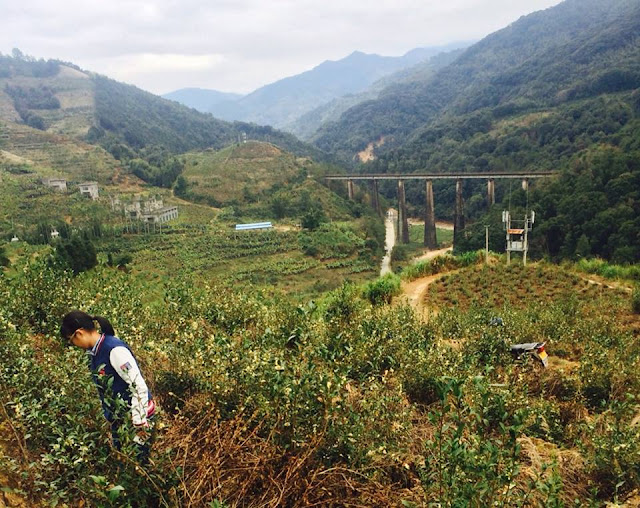 Other types of tea (including more than 12 types of Oolongs) you will find as you explore Anxi County are Ruan Zhi, Ben Shan Green Dragon, Huangdan, Benshan, Maoxie, Daye Wulong, and Meizhan, and Golden Cassia (also known as Golden Osmanthus). Elsewhere in Fujian Province, you will find production of jasmine tea.
The traditional Chinese way of preparation is to put a small amount of leaves in your cup, hot water, and then cover to steep for a few minutes. Soon the leaves will release their aromas and sink to the bottom when it is ready to drink. Just add more hot water to your cup to the same leaves when you want more to drink. This method allows more efficient use of each dose of leaves.
How to get to Anxi
Arriving to Anxi County is quite convenient. Fujian Province is in southern China and quite close to Hong Kong. The main cities you will arrive to before going to Anxi are most likely Xiamen and Quanzhou.
If coming from Xiamen, you can take a bus from Songbai Long Distance Bus Station where you can get a 1–2 hour ride north to Anxi. There is no direct train between the two destinations.
If coming from Quanzhou, you can take a train from Quanzhou East Railway station to Anxi. You can also take a bus from Central Bus Station, taking 1 hour. From Quanzhou and Xiamen, there are also trains to Anxi. 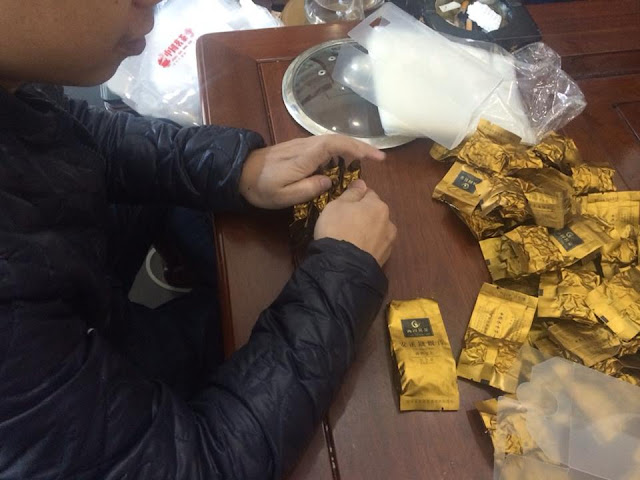