For the coming Chinese Lunar New Year, a businessman from Manila is organizing a reunion of his immediate relatives, not from Binondo, but from Fujian, China. This is not going to be the usual gathering of about ten or fifteen people. It is going to reach about a thousand. He was so upbeat he even put up a travel agency business, catering mostly to tourists in that part of the mainland.
There are approximately 1.5 million Filipinos with pure Chinese ancestry, or around 1.8% of the population. Most of them are still in touch with their families in China. If each of them would bring, let’s say, three people, imagine what the figure would be.
Close family ties are making many Chinese plan their next clan reunions in the Philippines. There are the Ongs, the Tans, the Liaos, the Pes and many more. Suddenly, the upsurge is very evident and you can see that it is happening. 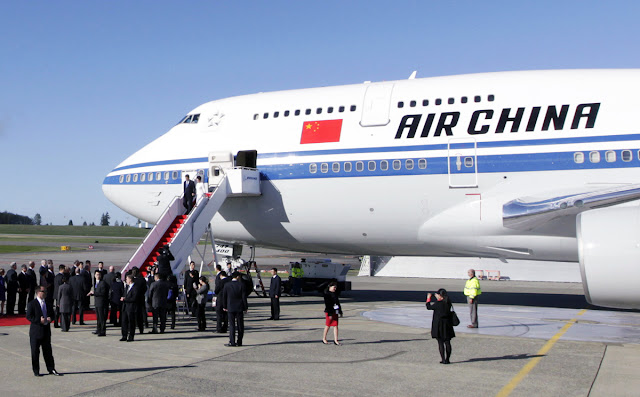 Chinese tourists are similarly ‘invading’ Paris, London, Rome, New York, Moscow, Athens and other destinations in the world. An international business magazine reports that “over an eight-fold increase in the number of overseas trips were made by Chinese travelers - from 10 million, who traveled to other countries in year 2000”.
According to the United Nations World Tourism Organization, China was already the top tourist source market in the world as early as 2012. The outbound travelers grew by a double-digit figure after that. By 2014, it reached 107 million, and the number breached the 120 million mark in 2015, up 16 percent over the previous year. That was also corroborated by the China Tourism Academy, a research institution under the China National Tourism Administration. 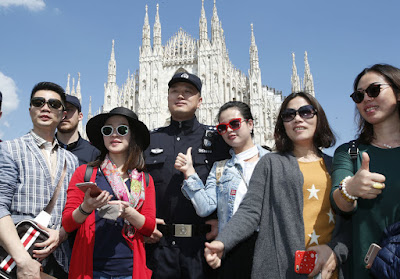 The Bank of America Merrill Lynch forecast had said outbound Chinese travelers could number around 174 million by 2019, spending about $264 billion annually. That's roughly equivalent to the GDP of a developed country like Singapore.

In the Philippines, China dislodged the United States for the second spot, registering 90,763 and 86,017 arrivals, respectively. Korea remained the country’s biggest market, registering 132,135 arrivals for the first six months of the year.

Bang the gong. Beijing apparently is making good its promise to send more tourists to the Philippines. The sharp increase of arrivals from China, a 76.48 percent growth from January last year, was worth Php 8.89 billion.

“We are now seeing the fruits of our country’s effort in reaching out to China. Doors to more economic opportunities and people-to-people exchanges are wider now. Ties between Manila and Beijing have seen a new day,” according to Secretary of Tourism Teo.

“Ni Hao” From China
Chinese overseas travelers make up a sizable group of consumers, acclaimed as the world's largest and “most favorable spenders”. They spent $164.8 billion overseas in 2014, a fourfold increase over year 2008, and 88 percent was spent on shopping, the China Tourism Academy reported. 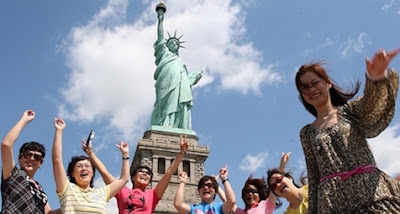 About 400,000 Chinese spent around $833.7 million in Japan in year 2015. Four million visited Thailand on the same year but the biggest spending surprise came from Australia, where Chinese spent $5.6 billion in 12 months. The number exceeded the spending by the British, Americans and Canadians combined.

The official tourism board of United Kingdom expects Chinese travelers to be spending more than $1.47 billion in year 2020. A Hurun/International Luxury Travel Market Asia report released in May 2015 said: “Half of all super-rich travelers flew business class in 2014, compared to one-third the previous year.

World Tourism Organization credits rapid urbanization, rising disposable income and the relaxation of government restrictions on foreign travel for the upsurge of Chinese outbound travel to the world.

CNN also reported that China leaped to first place, surpassing both top-spender Germany and the United States (both close to US$84 billion) in 2012. Though the report did not break down spending per trip among international travelers, total spend by number of trips suggests that Chinese travelers averaged $1,230 per trip.

Industry observers say, the growth of tourism expenditure from China and Russia reflects a growing middle class from these countries, which will surely continue to change the map of world tourism.

The World Travel and Tourism Council also projects that China will be one of the 10 fastest growing markets for leisure travel spending through 2026. The chart below shows the world’s ten largest source markets for outbound tourism spending in 2016. 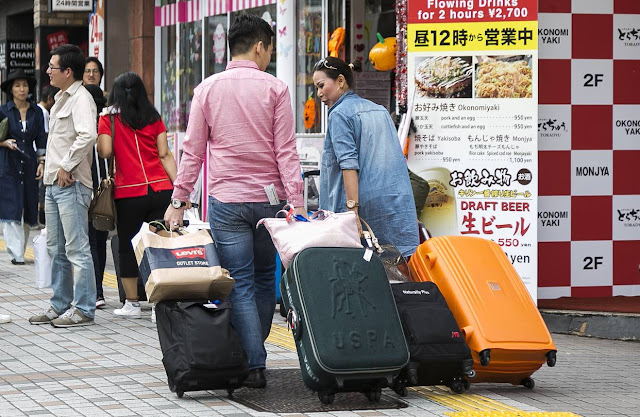 Meanwhile, the Department of Tourism said the implementation of the Visa Upon Arrival (VUA) program could make China as a top source of visitors to the Philippines.

The Department of Justice’s favorable action on the DOT’s long-standing proposal to ease the visa rules and procedures, to implement the VUA for Chinese visitors could lead to that.

DOT Secretary Teo had pressed for DOJ's approval and implementation of the VUA, to help push the country as a rightful competitor in international tourism industry. "We believe this will serve as an incentive to Chinese guests who may be prospective investors wanting to prove that the country is not only a safe haven for tourists but also a lucrative business location," Teo said.

Following President Duterte’s state visit to China in mid-October 2016 and the lifting of Beijing’s travel restriction to the Philippines, Chinese arrivals surged to 675,663 by yearend, up by 37.65 percent from 490,841 in 2015. 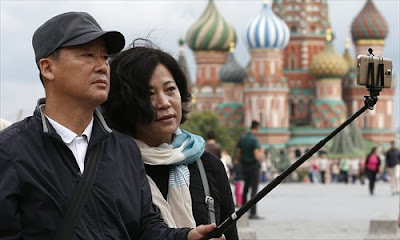 "Accommodating our visiting Chinese friends with a visa grant upon arrival will only help keep the momentum of massive influx of Chinese tourists to the country, Teo said.​

At the recently-concluded 2017 Duty Free & Travel Retail Global Summit held at Cannes, France, Secretary Teo said,
“The Philippines is in a position to join the ranks of countries whose Duty Free industry is expected to grow by an average of 40 percent in the next decade.”

The summit was a flagship event of the Tax Free World Association (TFWA), a much-attended duty free industry event that combines a shop window for premium brands, experts forum and the chance to network with key influencers.
515 companies registered as exhibitors based on 472 booths. Philippines-China tourism strategies
To boost renewed tourism cooperation between the Philippines and China, Filipino and Chinese tourism officials have programmed an array of activities. These are series of meetings on communications campaigns, familiarization trips for media and tour operators, tourism-related workshops and capacity building sessions for travel professionals, as well as official visits by tourism heads and joint travel fairs, to be held in the Philippines and China.
Total tourist arrivals from China to different Southeast Asian countries numbered 18.5 million, an increase of 42.4 percent compared to 2014. Total number of visitors from ASEAN countries to China was 6.5 million, an increase of 6.3 percent compared to 2014.
What does that mean to Philippine tourism? With the average annual growth of 15.7 per cent for two-way visitor-traffic between China and ASEAN for the past five years, it is projected that the target goal of 30 million mutual visits will be realized by 2020. 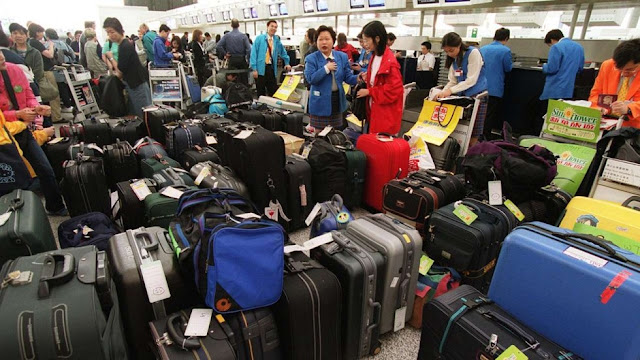 The progress in the implementation of the ASEAN-China Air Transport Agreement and its protocol has facilitated air connectivity between the Southeast Asia destinations and China.
Since the agreement’s enactment, 37 cities located in the ASEAN member-states were connected with 52 cities in China through more than 4,900 direct flights per week. More actions among ASEAN-China committees concerned with aviation cooperation will further support the development of tourism in the region.
Tourist arrivals up by 12.7%

Tourism is poised to become the country’s top dollar-earning industry as Philippine lawmakers rallied behind DOT Secretary Teo to mount an “all-out promotion campaign,” as she disclosed yet another double-digit increase in international visitor arrivals for the first semester.

“Amidst setbacks and mounting challenges, tourist arrivals are way up. Beefing up the DOT’s war chest, at least restoring it to its previous level (P1B), would go a long way in boosting our branding campaign, expected to be at par with those of our Asian neighbors,” Teo stressed. 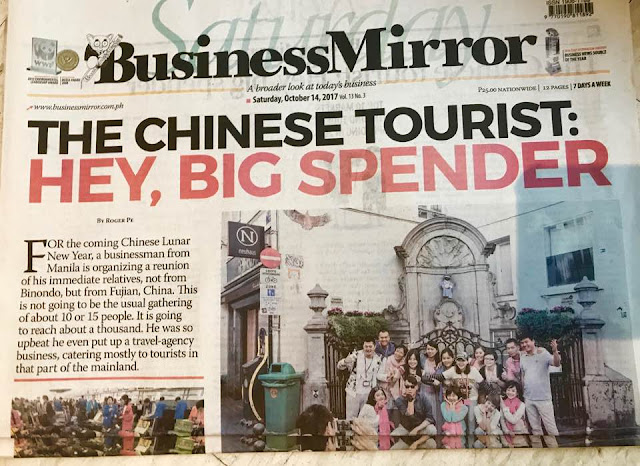 “In the face of challenges, the country continued to receive the growing influx of tourists from across the globe, desiring to see our world-class destinations and experience the renowned Filipino hospitality,” Teo said. During the congressional hearing, the DOT chief reiterated the agency’s commitment to a more competitive branding campaign as it sets higher targets for the coming year.

“We have to keep the momentum going now that we are in the implementation phase of the Tourism Development Plan for 2017-2022, which aims to unleash the potentials of our tourism industry and make it more competitive,” Teo said.
Posted by Roger Pe at 4:53 PM