TV OR NOT TV, THAT IS THE QUESTION 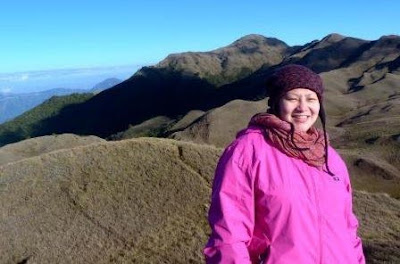 Veni. Vidi. Is your video HD? That is the question.

Was that tv commercial shot in 35mm film or HD (High Definition)?
Millions of tv viewers won’t see the difference.

Unless told, even marketing and advertising people won’t see the difference either.

All they’ll see is the ad has rich color tones - green is green, red is red and all colors of the rainbow are captured just like nature made it.

But to a trained eye, that is another story.

Before 35mm and HD, all our tv commercials had washed out color tones and they easily faded away.
They were probably shot in video with no color processing and grading done on them.

Today, as technology improved and moved forward, our tv ads looked as if they were made in Hollywood, so real you’d think images on screen would jump out from your tv set.

The skin tones of women, in beauty soap commercials, for example, are supple, rosier, like the petal of a rose, to use a tagline once used by a product.Those ads were shot in 35mm film.

To the uninitiated, 35mm is the classic way of filming a movie or commercial, using raw stocks of film, the ultimate medium meant to capture color at its highest intensity and define image quality to crispiest, sharpest, littlest detail.

The film is cut into 35 millimeters strips (about 1 3/8 inches) wide, therefore the name.

HD is the latest invention today with the advent of digital age, made to push filming quality to the level of 35mm.
All over the world, HD has provided an amazing alternative to 35mm – allowing editing ease and shortening the film process.
With a bonus at that - putting a smile to advertisers by cutting a big chunk off the production cost.

While the purists and the best cinematographers in the world would still choose to shoot in 35mm over HD, the high cost of making a tv commercial in the Philippines and other parts of the world, however, is tilting the balance in favor of HD.

“Practically only 10% of commercials now are shot in 35mm, the rest are using HD,” Desiree Pe-Beasley, a veteran Filipina tv commercial producer says. Beasley who is celebrating her 22nd year in the industry says, “In many global markets HD has cut into 35mm film’s turf by a lopsided margin.”

“When time is the essence and clients want to save on cost without compromising on quality, HD provides a ready answer,” she says.
HD’s significant edge is that it allows tv commercial production houses to edit, delete and check on the spot without wasting rolls and rolls of film as one would on 35mm.

A boon indeed to the ad industry, ensuring that tv commercials will continue to flourish even with the law of diminishing budgets and upsurge of new media.

Apart from being expensive to do, the process is taxing and putting together all steps in one cohesive flow can be a logistical nightmare.
Thus, ad agencies, hire the services of a producer who is adept at organizing - the navigator at this stage, tasked to deliver the creative intent of both client and ad agency.

“The role of a producer is to deliver cost-efficiency, get the best team and make sure all communication points seep down to the last member of the crew,” Beasley says matter-of-factly.

Beasley who has practically done tv commercials for all product categories (telecom, detergents, personal care, dairy, food, alcohol and non-alcohol beverage, financial institutions, consumer durables, hotels among others) started out a caster for the trail-blazing “Bagong Tunog”, “Angat Sa Iba” and “Bilib Sa Pinoy” for Pop Cola a couple of years back.

When not producing projects for other clients, Beasley sits on the board of FluidPost as Executive Director.

Beasley has cut a name for herself in the industry as professional. “Producers are not coordinators. One should be worth the talent he or she is paid for. If people treat them as coordinators, it’s their fault because they allowed themselves to be treated as such,” she says.
She has worked with the best creative minds in the industry starting with Minyong Ordonez, Nonoy Gallardo and Tony Mercado and credits Ding Fernandez and Marlon Rivera as her brilliant mentors.

She describes herself as very good at what she does and advices beginners to “learn the trade before printing that word “producer” on their business cards.

Have you imagined a day without tv, your main source of prime information, entertainment and instant news?

Without a doubt, television is the most authoritative, influential and persuasive communication medium we have today and that hasn’t changed.

Inspite of new paradigm shift that unjustly labeled it as a traditional medium, the real queen of all media actually pays dividends in the form of deeper household penetration.

According to a National Statistics Office research and Mass Media survey, Filipinos spend a high number of hours watching tv - about 300 minutes every day, second to Japanese viewers.

From Aparri to Jolo our Aling Bebang of Tondo, Teacher Janet Maduro of Puerto Princesa or heiress Dona Henrietta de la Merced of Zamboanga spend tv viewing at any given time, reaching peak viewing between noon and 1 pm and on the prime time from 7 to 10 pm.

Metro Manila has the highest television penetration rate (% of population with TV sets) at 96%.

Metro Manila and its neighboring provinces have the highest tv reach than any other region in the country.

So don’t even think that tv advertising isn’t worth it. The solid facts don’t lie.
Posted by Roger Pe at 7:48 PM