ART FOR THE HEART 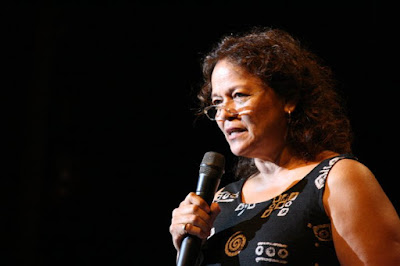 With all humility, there is more to Cultural Center of the Philippines’ than Mideo Cruz’ shock art that unfairly overshadowed the larger part of the whole.

The real shocker is, it’s been long neglected.

CCP - home of Philippine arts and culture. Whether you’re a fan of Imelda or not, it is ours, and here to stay.

Not everyone knows the CCP produces about 800 shows a year and that the Filipino art institution has more than two million people listening to its award-winning radio program: “Sugpuin ang Korupsyon”, elevated to the Hall of Fame by the Catholic Mass Media Awards.

Most recently, it celebrated Jose Rizal’s 150th birthday featuring prominent artists and performing groups led by the Philippine Philharmonic Orchestra and Ballet Philippines. A follow-up, “Noli Me Tangere: The Musical” is ongoing at Tanghalang Aurelio Tolentino to critical acclaim.

More than 40 years of feeding our hunger for the arts, the CCP now looks like a visibly haggard lady obviously spent.
Put side by side with Singapore’s Esplanade and Hongkong’s Museum of Art, it looks decrepit and needs a major overhaul to be able to stand shoulder to shoulder with these two, which never existed when CCP was born.

We built new cities, some of the world’s biggest malls, fattened the military budget, yet we left the country’s haven for the arts fend for itself in the last many years.

Before Cruz’ art exploded on our faces, CCP was already gasping for its breath, digging deeper into its own pocket much too often and its resident artists crying for help.

From afar, the once envy of Asia, still mesmerizes. The architectural wonder whom, former US Ambassador to the Philippines Henry Byroade mentioned as ”it makes our Kennedy Center look cheap” still makes people stop.

On closer scrutiny however, the Venus-like beauty, is aging faster, battered by time and dwindling support.
The 43-year old edifice is in dire need of money for its upkeep, against the threats of fiscal neglect and those who wish to see her untimely demise.

The ceiling of the orchestra section is inching closer to becoming like that of a rundown movie theatre.
The hydraulic unit at the back of Main Theatre, an integral part for seamless, multi-vantage point staging, is about to be shut down. Seriously damaged during the early 90s earthquake, it has not been repaired since then.

The Philippine Philharmonic Orchestra rehearsal studio does not befit its name inspite of the many accolades it has brought home. It is just as pathetic and looks like a provincial university auditorium.

Maestro, Frenchman Olivier Ochanine, told media people who were being given a tour on the premises: “careful not to jump up and down, you’ll feel the rickety vibration of the floor.”

Ballet Philippines is another sordid sight. The Philippines’ biggest ballet school is housed in a cramped, uninspiring boring piece of space. A ballerina could easily hurt herself on a miscue while doing pirouettes.

Yet, the ensemble under former Miss Universe Margie Moran-Floirendo is ever passionate nurturing Filipino ballet talents to world-class status even with diminishing resources.

Further down the once elegant foyer nests Ramon Obusan’s folkloric dance company. The group now handled by National Artist’s sister Iris Obusan-Isla has enthralled the world many times over. Like the rest of the resident companies at CCP, it is literally begging for government’s help.

At the height of a controversial art exhibit a couple of weeks ago, CCP Chairman Emily Abrera reiterated that the CCP would continue to be a refuge for artistic freedom and uphold it as enshrined in the Constitution. Her ‘intransigence’ enraged the bishops.

Artistic freedom, whether it was compromised or not, has brought forth original Filipino content in dance, theatre, music, literature, visual arts and film to Filipinos for four decades.

CCP Artistic Director Chris Millado told media that CCP provides local and global artistic experiences to Filipinos.
“About 400,000 attend shows at the main venues, and more than 100,000 compose audiences and artists in the regions,” he said.

Last Tuesday, CCP opened the first international jazzfest with 150 international artists on the bill. “The festival is part of our program to open up CCP on a global scale,” said CCP president Raul Sunico.

Around 20,000 also view CCP’s tv programs (“The Red Carpet” among them) on arts and culture. Through the years, CCP has nurtured and developed artists who have become world-class and masters in their field.

Millado says CCP even responds to national calamities and emergency situations through art and culture via Art Therapy programs for children and families affected by natural disasters and from conflict-ridden areas.

CCP produces and hosts festivals, among them, the Pasinaya CCP Open House Festival, considered as the largest multi-arts festival in the country, attracting more than 50,000 audiences and 2,000 performers in a single day offered free to the public.

CCP’s Cinemalaya Independent Film Festival is now considered as the biggest and most influential film festival. It is changing the landscape of cinematic art in the Philippines.

The 13 Artists Awards and Exhibition has become the career launching pad of painters, sculptors, installation artists whose works are now recognized in Asia and the world.

In contrast, not many people know that a large chunk of money gobble up CCP’s budget on physical maintenance alone.
Upgrading instruments, equipment, facilities and salaries are entirely different matter - they’re mind-boggling.

”CCP is our proud link to our earliest ancestors, living proof of our creative genius, bridge of understanding between nationalities. May it forever stand as a shrine for that immortal part of us,” CCP Tanghalang Pilipino Executive Director Leslie Noble said.

When it unleashes its grand fountain, CCP is a joy to behold with the Philippine flag gently flapping at the background.
Just lazying on its grounds, biking or jogging around its premises gives freedom to the soul. Countrymen, it has given us so much. It’s time to give something back.
Posted by Roger Pe at 5:55 PM