MANY COUNTRIES, MANY MARKET ENCOUNTERS 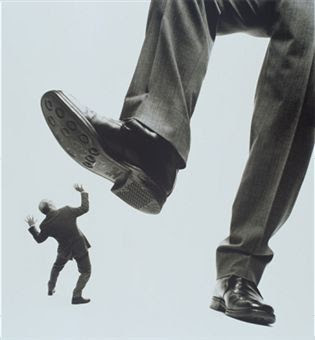 Back then, when there were no Borders, Basheer and Fully-Booked Stores, Mrs. Salta was heaven-sent to us creatives who didn’t have enough money to shop to Hongkong for hard-to-find advertising books.

Who could ever forget Mrs. Salta? Even our ad agency pantry girl knew her.

Mrs. Salta kept us updated with what’s going on in the advertising world outside of the country. She, too, was a mother, friend, generous lady who never ripped us off like a loan shark, you pay when you’re able.

Her routine was make visits to every ad agency in Manila, big and small, three times a week to offer the latest editions of the freshest imported ad books.

For “24 tear drops” (the Filipino colloquial term for 24-month payment scheme), one could have a credit line and crisp, just-off-the-press issues of hard-bound Art Directors Club, One Show, New York Festivals, glossy Communication Arts magazines and many more without having to pay the full amount in one blow.

I remember my first book bought from Mrs. Salta – an ADC Annual with former Manila agency CD Karl Steinbrenner on the cover.

Steinbrenner and another guy in suit were doing a handshake but their left hands were doing something else: holding a knife hidden behind their backs.

I was young and naïve in advertising then, not knowing how advertising ‘mad men’ lived ‘double lives.” Was that ominous? Hmmm … are advertising people real?

This question continues to linger in my mind even when I’ve put up my own business and placed other eggs discreetly in investment markets.

I remember a mad as Hitler MD of ours during a pitch. In his desperate move to win ‘pogi’ (handsome) points to the owners and CEO of the agency, including clients, he showed the competing ad agency’s media faux fas in the middle of the presentation and badmouthed it to death publicly.

I remember a credit-grabbing CD who would copy Neil French’s style of writing word-for-word. While we worked as slaves in that far away Southeast Asian country, she had a fabulous bungalow, a driver and access to everything she wanted, including a huge painting she hostaged me to do for her.

Another regional ECD made us toil for long hours while he always disappeared, spent his ‘free’ time in bars and reaped all the graces from the powers-that-be. His impeccable credentials sold everyone but his ideas were nothing but-second-rate rip offs they always made us snicker at the building’s fire exit door.

Karma finally caught up with him when an expensive jingle-study he commissioned with a cohort fell flat on his face. It sounded a poor version of a high profile Asian airline jingle he claimed he composed. He is now in the dumps.

In yet another foreign market, I witnessed a truly Asian ‘Mad Men’ version of racism, social hypocrisy, and counterculture.

A client services director, the strat planning head and MD were constantly after each other throats. Needless to say, the boardroom calisthenics and insults they smeared down their faces were worthy of Emmy trophies, minus the horrific accent, of course.

Thanks to Mrs. Salta. Her books helped us uncover a dossier of ripped off ads that occasionally made their apparitions on our local media. I've interviewed many multinational agency network CEOs and Presidents, regional creative directors and ECDs, marketing directors, global chief creative officer Mark Tutsel and many unknowns in the ad industry.

I became a victim of the most ruthless mudslingings after that even to this day by online terrorists. I laugh them off now because business is good.

I miss Mrs. Salta, the kind woman who opened pages of memorable events in my advertising career, even now that we have modern, huge bookstores.

One thing that I really learned from her that I want to share with you is never engage with upstarts and douchebags. They are bad payers, bad for business and you’ll never be successful.
Posted by Roger Pe at 5:56 PM