WRITING THE LYRICS OF BRAND SUCCESS

There are many anecdotes and great moments in Philippine advertising, you can write volumes of books about them.

One of them is this nerve-wracking story. 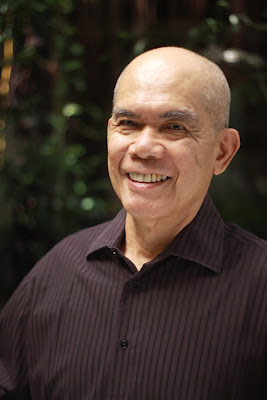 When the Concepcion family OF RFM bought a moribund softdrink company in the late 80s, three of its brands went up for an advertising bid.

You may call it the most high profile pitch then, and Basic Advertising, under the watchful eyes of its drillmaster Minyong Ordonez, went for the kill.

Nonoy Gallardo was one of the agency’s five creative directors determined to give the big boys a scare. He was tasked to conceptualize the agency’s pitch material for a cola market dominated for a long time by two warring giants, Coke and Pepsi.

Can a local company fight the multinational behemoths, each with strong presence across the country?

Pepsi had Michael Jackson, incredibly popular during that time with his “Billy Jean” anthem. To say the brand was very aggressive was an understatement. It churned out tv commercials, one after the other on the airwaves.

Coke, the number one cola, on the other hand, was always on alert for every move by competition. Its promos were big time and you can hear them any time. “Coke is it”, the brand’s thematic campaign, was cool with the young, a great tagline, perfect to solidify market leadership.

And so, the cola war was on, and a newcomer was about to join the fray.

Gallardo did his homework. “There were no consumer research back then, it was all based on gut feel but we made sure we zeroed in on the pulse of our target, a thing many marketers take for granted,” he reveals.

With an analytical mind and innate gift for music, his team readied the presentation, a precursor of many of Basic’s “pulse of the market” campaigns.

As soon as Cayabyab began pounding on the keyboards, the panel had goosebumps. Everyone was mesmerized. The scene was reminiscent of Cayabyab’s Metro-Manila Pop Music Festival gig, where he won the Grand Prize for “Kay Ganda ng Ating Musika”.

After Cayabyab’s number, the whole agency team was asked to leave the room and linger a while at the lounge area while clients deliberated. Soon after, the conference door opened and handed in the verdict.

Basic was it. Pop, Sarsi and Cheers, the brands that were put on the block had a new agency and new music.

“Ang Bagong Tunog, Ang Bagong Pinoy” was born. Ordonez, Gallardo and his Basic team gave birth to “Angat sa Iba” and reminded us all that a Pinoy brand can be as good, if not better than imported brands.

Th relaunch of Cosmos brands after the first People Power was spectacular, even with inventory ‘shortage’ because of heavy demands from consumers.

More than twenty years after the commercials were launched on major Philippine tv stations at precedent making simulcast airing (roadblock), they still look as impeccable and exquisite as they made their first splash.

They could also easily upstage a tv ad in its category today.

“People thought we had a huge budget for that production but no, we didn’t. We relied on the wizardry of two young directors, Jeric Soriano and Jun Reyes whose eyes for visual design rewarded us with a good campaign,” he says.

“Ang Bagong Tunog” and “Angat sa Iba” now belong to the archives of Adboard (Advertising Board of the Philippines), predecessor of ASC (Ads Standards Council) as among Philippine advertising classics.

Gallardo and Ordonez were also partners for Basic’s high-recall tv campaign: Duty-Free’s “Babalik Ka Rin”. He was the same man behind the lyrics of “Saranggola ni Pepe”, “Tuliro” and Gaano Kita Kamahal?”

His wife is the iconic Celeste Legaspi, daughter of National Artist Cesar Legaspi. Celeste appeared in many Lino Brocka films, a successful recording artist who won many music awards and sang her way to gold and platinum charts.

The man who learned advertising by religiously listening to the masters as they talked in regular industry gatherings would eventually put up his own agency.

Gallardo hired some of the best creative people in the industry in the early 90s: Mario Monteagudo, Dudu Ulep and Jim Paredes (of Apo Hiking Society fame). He called it Creative Partners.

“I had to reinvent myself,” he narrates. The reinvention earned Gallardo many hard-to-win trophies from Creative Guild, the award-giving body of the 4A’s.

While his baby earned a creative reputation, his feet were on the ground, never losing sight on the most important thing why he put up the shop: Help your clients’ business grow. “Kawawa naman sila if your priorities are different,” he says.

Monteagudo, his prize-catch from Ace-Saatchi and who gave his team a big creative boost had this to say:

“When you say "Nonoy Gallardo", the first thing that comes to mind is he doesn't believe in creativity for creativity's sake, he despises scam ads.”

When the Creative Guild gave Monteagudo the Lifetime Achievement Award, he thanked Gallado in his speech. Here are some excepts:

"Thank you to Nonoy Gallardo for giving me the opportunity to put up our own ad agency, Creative Partners and appointing me as Chief Creative Officer. Thank you for reminding me that great ads are created to build brands, not just our own personal portfolio, that we should use our creativity to boost sales, not our ego. And that no matter what happens, we should never, never, never make an ad for the sole purpose of winning an award."

The man who loved to reinvent himself each time he changed agencies is now the founder and CEO of Gasso (Gallardo and Associates), with surprisingly, a number of blue chip accounts and digital savvy.

At Gasso, Gallardo is reinventing himself once again, realizing the power of social media. Like the “Bagong Tunog” of Sarsi that he blazed, he is focusing on “Bagong Dugo” - helping new breed of advertising people help politicians do transformational rather than transactional acts.

No doubt, Gallardo’s longevity in the business is the sum total of his mindset when writing the lyrics of a song. “Know your destination and you’ll know where you’re going.”