THE POSTER THAT REPELS MOSQUITOES 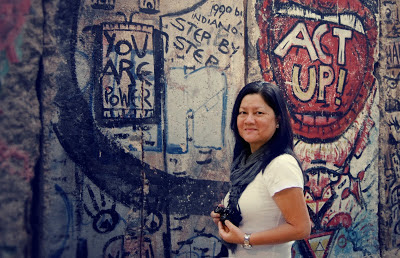 More than 30 years ago, a non-government organization made an out-of-home campaign against drug addiction, showing a black-and-white photo of a cow smoking pot.

The visual idea was attention getting, the headline, matter-of-factly saying: “Grass is groovy for cows.” People still recall it.

Fast-forward to 2012. The government’s public information materials are noticeably getting better. The Department of Health’s anti-dengue awareness program is one such, outstanding.

It’s because it’s getting a huge help from an ad agency, which is not fond of doing the usual.

“We stamp our creative mantra in everything we do. When we got the brief for DOH’s anti-dengue campaign, we refused to do the predictable, otherwise we’ll be defeating our purpose” she says.

Dengue fever is fast becoming the deadliest mosquito-borne viral illness in the world and causing thousands of deaths in the Philippines every year.

Lara and her team could’ve taken the path to least resistance but no, they faced a tougher challenge: how to make an ordinary poster extraordinary.

At the end of the day, the team leapt many steps farther from what other agencies have reached before.

“We printed each copy with citronella, a substance that repels dengue-causing mosquitoes. So when people brought them home, they kept their families safe from mosquitoes,” she exclaims.

Brilliant idea. But how was the poster without citronella?

The piece was nothing but engaging. Though text-heavy, it was beautifully produced and art directed, something you’d read as it was appealing as it was charming in Filipino language.

The images of mosquitoes used as design elements by the agency drew people’s curiosity. It was not the usual sloppy fare people saw everyday.

Lara credits her creative team under the Executive Creative Director Badong Abesamis, an award-winning guy himself way back from his McCann, Leo Burnett and TBWA-SMP days.

Y&R is the same agency network, which for the last 55 years has been doing Colgate advertising worldwide.

The agency network is one of the world’s top 10 biggest with headquarters in New York under the WPP (Wire and Plastic Products) holdings company to which JWT and Ogilvy also belong. It still operates in the original building where John Orr Young and Raymond Rubicam founded it in 1923.

While some people may find Y&R’s bread-and-butter advertising for Colgate too hardsell and mere adaptations of global campaigns, it has come up with its own locally, countless times similarly adapted by other Asian countries.

The agency is fast creating a formidable creative reputation, like its sister agencies in Asia-Pacific (notably Australia and resurgent Indonesia, two of Y&R’s winningest countries over the last two years).

“Y&R Philippines is pushing towards the creative epicenter, says Lara. “We are showing more of our creative teeth and we would like to win more awards for our clients,” she says.

The agency was a finalist in One Show’s Interactive Awards this year - for the app it created and developed internally for Nokia – another breakthrough idea that will be rousingly welcomed by Filipino taxi-riding public.

The app allows mobile users to double-check the fare displayed on the meter and works in real time. “It ensures passengers that the fare is accurate and they can report unscrupulous taxi drivers and operators to the authorities,” Lara says.

Lara is proud of the fact that in May, the agency had significant triumphs in “Kidlat Awards”, the Oscars of Creative Guild of the Philippines held in Boracay annually.

The agency won 1 Gold, 1 Silver and 4 Bronze awards, a remarkable return considering that even the best Philippine ad agencies can come home all-tanned but award empty.

This year, Y&R was named one of the Philippines’ top 5 creative agencies in the usually crowded Philippine 4A’s “Agency of the Year” Awards competition.

To figure in the Magic 5, each agency’s body of work is tightly scrutinized by the industry’s top ECDs and CCOs. It also was a finalist in the Best in Market Performance category.

Across all other brands that the agency handles, Lara’s agency emerges within the lead pack, perhaps due to the fact that it refuses to do the usual boring stuff.

Getting to know one of the country’s most successful CEOs is a revelation. The Ateneo de Manila and New York University alumna is a great fan of design with a philanthtropic heart.

Along with friends, she’s put up the “Silya” Project of Gawad Kalinga’s GKnomics to unleash the potential of less fortunate design students to help them carry their own artistic pursuits.

Lara’s management style? “I like to teach, not theories, but real life market experiences,” she says.

“She is people-focused and sincerely passionate about helping underlings develop a bright career in advertising management,” confides a successful account director who has worked under her for many years.

Lara started out at Unisearch, Unilever’s research arm for a year then joined JWT University (the industry’s first advertising school) afterwhich she was taken in as account executive.

She handled Hotel Intercontinental Hotel, Richardson-Vicks (before it was bought by P&G) Olay among others and was mentored by some of the best people in advertising.

When Ninoy Aquino was shot and the country’s economy turn from bad to worse, Lara went back to advertising from New York. At SSCB Lintas (predecessor of Lowe Worldwide), she handled the entire SM account when clients then didn’t have multiple ad agencies. Her career eventually bloomed becoming a Management Supervisor.

She spent eight and half beautiful years at the then Basic FCB when the agency was at its heyday. Lara handled Colgate-Palmolive Philippines and was responsible for Lea Salonga’s Palmolive Soap and Shampoo’s “Hiyang” and Alice Dixson’s “I Can Feel It” campaigns.

Soon enough, she was the woman of the hour and became head of a large business unit.

In 1995, she became Jimenez DMB&B (D’Arcy, Masius, Benton and Bowles) GM for five years. She returned to Basic Advertising, as Vice Chairman in 2000.

When Young & Rubicam reorganized and acquired most of Colgate-Palmolive’s business from Basic FCB, Lara was installed and mandated by the region as President and CEO of Y&R Philippines for her sterling record.

She is proud that the agency pioneered in digital activation with call-centers located right inside the agency, connecting with dealers directly to manage Ford, Mazda, Century Tuna and Filinvest customers.

More than 30 years of gungho leadership, Lara is still the same. She finds hanging out with creative people irresistible and continuously builds a strong bond with them.

“I love to share meals, hang out, make bread together, chat, wine and R with them,” she says smilingly. That perhaps explains her staying power and eternal youthfulness.