BUTCHERED BY CRITICS, AWARDED BY CANNES


Cannes is barely a month away but the Philippine advertising industry is already celebrating with a major triumph.

Brillante Mendoza, whom the local advertising world knew as Dante Mendoza, was fielding a film for the second straight year. His movie “Serbis,” a local word ‘ingloriously’ bastardized to mean sexual favor, shot entirely in a rundown moviehouse, was the country’s first full-length film accepted in the festival’s main competition.

While his 2008 debut drew mixed reviews, he came back with a vengeance this time. He won the award world cinema heavyweights wanted most – Best Director. Quentin Tarantino (“Pulp Fiction”), Ang Lee (“Brokeback Mountain”) Jane Campion (“The Piano”), Ken Loach (The Wind That Shakes The Barley), Pedro Almodovar (“Women On The Verge Of A Nervous Breakdown”) among others competed and basked in the usual Cannes red carpet.

Mendoza’s “Kinatay”, literally meaning butchered, is a story of a neophyte policeman who got entangled in a web of a grisly crime on his wedding day. Throughout the 24-hour personality-changing journey, Peping, the lead character and his gang, kidnap, rape, murder and dispose of chopped parts of a woman’s body.

The blood and graphic gore of the movie, according to Mendoza, was purposely made to disturb and bring home the harsh truths that these things happen in real life.
Posted by Roger Pe at 10:58 PM 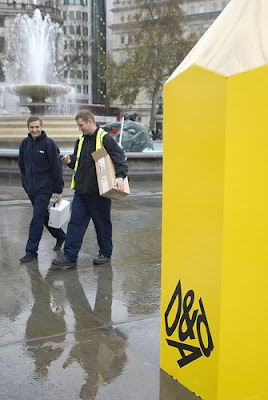 
Who wouldn’t want an advertising Oscar, much more the dazzling fame that goes with it? A Cannes Lion is a Lion, a Pencil - D&AD or One Show, is a Pencil, as sharp as the creative geniuses of those on the credit box, a Clio is a Clio, as beautiful as the Greek muse it’s named after.

There are too many award shows but everyone venerates these four like one wouldn’t trade a Porsche for a Mustang.

Before scam became a sticky word, we all knew that winning pieces didn’t air in the dead of the night, printed on a souvenir program nor posted somewhere in Datukmol Island. They were seen and heard on legit media. They won consumers’ hearts and contributed to clients’ revenues.

Trophies of fame were much coveted, hailed in one advertising bible as ‘hard currencies’ - metals cast in gold, silver and bronze. Hardwares that can build one’s career, step up one’s promotion, earn big bucks as incentives, and allowed people to wear glowing corporate titles.

Good As Gold, Obsession For Awards

These statues are worth their weights in gold so much so that when a CD was asked what things inside a burning house would he rescue first, he answered pointblankly, “my Lions.”

In football-crazy Brazil, winners in the Big 4 (D&AD, Cannes, One Show and Clio) get superstar status. Idolized like rock stars and hold stellar billings with Ronaldo, Pele, Zico and some of its most luminous players, their individual market value shoots up each time they win.

In Asia, a trade magazine annually publishes rankings of creative people, agencies, networks and countries based on their yearly performances in award shows. Raising the bar and keeping them on their toes, the exercise puts the personas in marquee-like fashion, becoming instantly famous.

The same may have also created a different breed of advertising denizens: those who cheat by entering scam ads, and therefore, increase their points in the hallowed walls of creative rankings.

In the hush-hush world of scamosphere, where some agencies are forced to play the game, you could meet a Makak (a fictitious name that topped a high profile Asian ranking) and whistle blowers getting bullied by those who’ve been found out.

In the truest sense of the word, award-winning agencies attract the best industry talents (no one wants to join an agency that produces crap). Agencies with a track record of producing quality work even for the smallest of brands get into the shopping list of clients - advertisers who are continuously on the hunt for advertising creativity that builds sales and marketing successes.

But awards can also be intoxicating and ego altering. The lure of success can make one so obsessed. Elbow yourself to an awards show and you’ll get a hint. “Some people would walk a mile, some would even sell their souls for awards,” says a creative director in her personal blog.

A president of a multinational ad agency counters by saying, “Awards are like sex. You won’t readily admit that you like it but once you’ve tasted it, you’ll crave for more.”

But as coin metals flip, so do the priorities of ad agencies.
Last month, Fabio Fernandes, President and Creative Director of F/Nazca Saatchi & Saatchi, one of Brazil’s most internationally-awarded agencies, issued a statement on a creative website saying, “the agency will not submit entries to any festival charging registration fees this year and wants to focus double attention on everything that is really the core of its business.”

While it has absolutely nothing against ad awards and doesn’t agree with those that find them irrelevant, Fernandes says, “it just wants the agency to channel its resources to make F/Nazca a much bigger agency.”

On Facebook, an interesting conversation among ad veterans, marketers, and creative people provides some nuggets of wisdom on the issue. We’re printing a few:

“The true test of a good creative shop is to be able to do creative ads that ring the cash register for their clients.
Scam ads are easy because there are no guidelines and the token media placement cost is taken out of the agency’s creative competition budget.” – former MD and ECD of a multinational agency

“Agencies should spend less on proactive initiatives done to keep an eye on award festivals and stop aping what’s there in award books. Their business is to stand out in the clutter, in an environment where there is a lot of sameness.” - Copywriter

“Market Share should be made as major criteria for award competitions.” – Veteran Marketing and Communications Director of high profile multinational company

“It used to be that award shows honored the art of selling. Now, we miss the point by thinking of advertising as art.” – ECD

A former President of an ad agency quoted Ogilvy: “If you my fellow copywriters or art directors want to win awards, devote your genius to making the register ring.”

“Creativity is not arrogant, it is relevant. It is a means to an end – to connect to consumers, not to award judges. It’s business is to sell.” – ECD

But inspite of the unending debate, ad agencies still continue to submit entries to advertising festivals, particularly Cannes. The Inquirer, official representative of Cannes International Advertising Festival in the Philippines, for example, reveals that local ad agencies are fielding the highest number of ads this year, breaking last year’s total of 167.

According to Mundi Ocampo of the newspaper’s corporate affairs, Philippine entries have reached the 205 mark, as of this week.

Asia Adfest, however, registered a severe drop in entries and delegate number last March. A creative magazine, described it as “a dramatic fall.” From the usual 3,000 attendees, the number plummeted to 693 and last year’s record of more than 5,148 entries dropped to 3,309.

In Advertising Age, an unwitting email exposed what ad agencies shell out for awards and it wrote: “The economy doesn’t deter BBDO and some agencies from aggressively pursuing One Show Pencils.”

A major network with a mighty performance in Cannes is scrapping its legendary party at the festival. It felt “it would be wrong to blow money as the recession kicks in,” says its global chief creative officer who was twice head of Cannes jury.

“We are certainly conscious of the fact that a lot of people have lost their jobs and it felt like the wrong signal to send out. What we need is a shift to business activity that is a vital part in motivating the industry forward,” he says.

So are creative ads relevant in times of recession? Yes, they are if they are meant to drive business and serve a purpose. Certainly, creativity should not recede even in doing a simple price tag ad. Recession is not an excuse.
Posted by Roger Pe at 10:22 PM 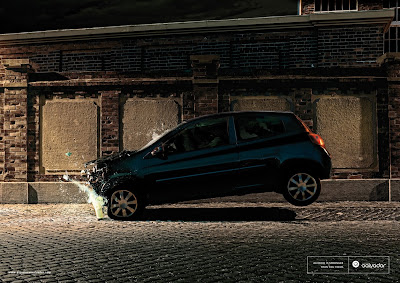 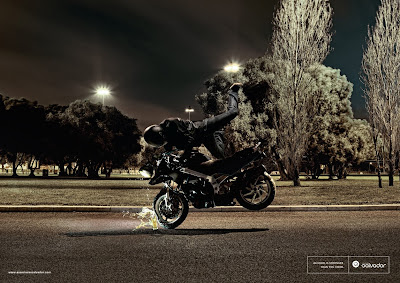 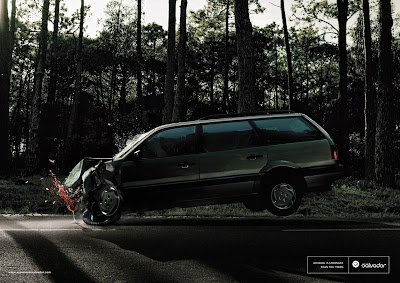