SHE SERVES FILIPINO CULTURE IN HER LONDON RESTO 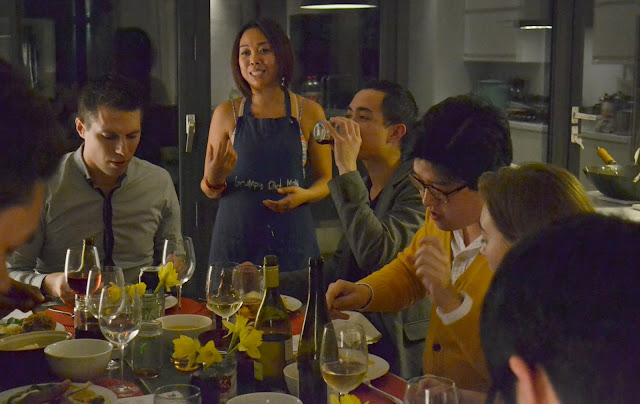 It all began with canapés.

When her father passed away in 2011, Mae Magnaye- Williams started a small catering company in London, producing canapés for corporate and private events. Guests raved about them and craved for more. Her secret, she added a Philippine twist to each piece.

Her foray into catering evolved into what is now a popular London restaurant: “Pepe’s Kitchen.”

The place was named after her father, who taught and inspired her to follow a passion she thought she never had. Cooking.

The demand was high, Williams needed to come up with another dining idea, the first Filipino supperclub/pop up restaurant in United Kingdom.

“The most important element in “Pepe’s Kitchen” is my memory. Memories of the way food is prepared, how it looks and tastes in the Philippines. The key for me is taking those memories, authentic Filipino ingredients and way of cooking to a cosmopolitan setting,” she narrates.

“Our regular menu changes every three months. Majority of our diners are non-Filipinos although most of our private bookings come from Filipinos,” Williams says. 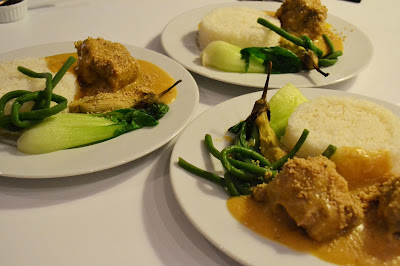 Her most popular dishes are Visayan “Humba”, “Kinilaw”, “Kare-Kare” and “Brazo de Mercedes”. She, too, produces homemade “Ube”, “Durian” and “Barakong Kape” flavored ice cream, bestsellers all in the restaurant.

In setting up the supperclub, Williams not only wanted Londoners to experience the best Filipino food in the city, she was also looking at an opportunity to share customers about Philippine history, culture and her growing up years in the Philippines.

While the Brits have heard about Asian cuisine, they have little knowledge about how good Filipino food is. Williams says. Thank God, times are changing.

“London’s foodie scene is beginning to embrace new cuisines, the trend is growing globally, and over in New York, Filipino cuisine is the latest emerging food trend. So, indeed, this is a great time to showcase Filipino food,” Williams says.

Homesick Pinoys find refuge in Williams’ place. The dishes she serves remind them of home, taking them back to their families and different Philippine regions.

For non-Filipinos or first timers, Williams says she would often hear positive comments. Like they would be surprised to know that Filipino food has depth, in terms of flavor and color. She has also observed that whenever British and European nationals would try Filipino food, they would always know what makes it distinct and then would try more. 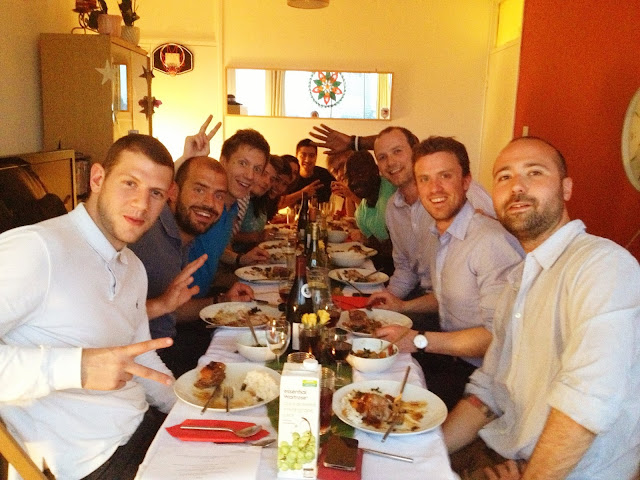 Williams relates an interesting episode on her life as a Pinay chef in London:

With a confused look on her face, she answered: “Uhm, the bar, Trailer Happiness.” To which the guy frowned and shouted: “No, who is in the kitchen? Who is here?”

By now she thought she was in trouble and said softly: “Pepe’s Kitchen.” The guy then laughed and shouted: “Yeah, I know, but who is cooking? Who do I speak to, who is the boss?”

By now, she really felt on the spot and told him: “I don’t know the owner of the bar, I haven’t met him!” while her staff was watching, not knowing what to do. The guy then asked: “Who do I speak to about Pepe’s Kitchen? Who is the boss?” 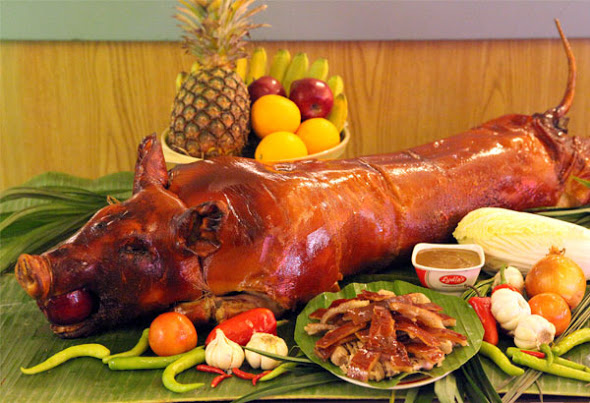 She then laughed, realizing what the guy meant and said: “Me, I am, you can speak to me.” He handed her a business card and introduced himself as the owner of Trailer Happiness Bar.

He said he would like to discuss with her to man the bar’s kitchen on a more regular basis because of her delicious Filipino “pulutans” (finger food). That led to a 3-month chef residency, and the dishes she whipped up every single day became blockbusters on the menu.

By this time, her delectable creations and culinary wizardry would spread by word-of-mouth. No less than the Philippine Embassy in London contracted her to serve food for visiting dignitaries on many occasions.

When “It’s More Fun In the Philippines” ad campaign was launched in the city, the scrumptious food she served stole the show, putting her and Filipino cuisine on the spotlight. 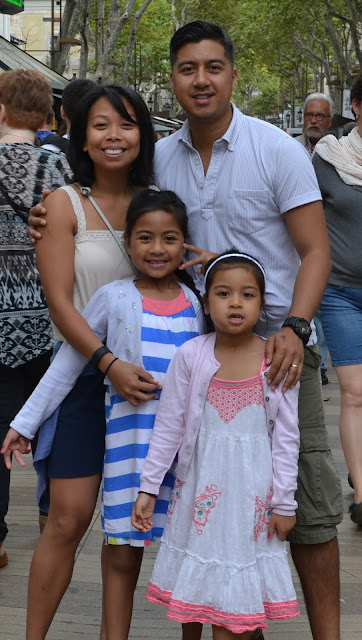 Williams manages everything in “Pepe’s Kitchen” from A to Z. She actually built the website herself, as well as produced the graphics and acted as its photographer.

“I use social media regularly and try to blog as much as I can. When possible, I experiment with Filipino dishes and flavors. In running my events, I manage the stocks and finances, too. I’m also a wife and mother to two little girls. That’s how busy I am,” she says.

Along the way, Williams met many British-Filipinos looking for their own cultural identity and closer connection to home. Among them was Kristian Kabuay, a “baybayin” (pre-Spanish Filipino alphabet) expert, who eventually designed and incorporated “baybayin” graphics into her logo.

Williams is most proud of the people she had influenced after establishing her restaurants. They have become chefs who are now helping raise the level of awareness for Filipino cuisine in London.

Prior to launching “Pepe’s Kitchen”, Williams was featured on UKTV with John Torode (of UK Masterchef fame), one of the rare times people saw a Filipino cooking on UK tv.

Born in Pasay and lived in Quezon and Batangas provinces until seven, Williams’ attended Immaculate Concepcion School in Baybay, Leyte. She and her younger sister migrated to UK when she reached fourteen, petitioned by her mother who had been working in London for many years.

They lived in Sevenoaks, Kent and only moved to greater London when she attended St. Charles College. She is married to a second generation Filipino, Adrian Williams, a digital media expert who is successful in his own right.

As a self-employed Pinay, Williams manages herself professionally. “When I employ people, I believe in being fair as I have high standards and strong work ethics,” she says.

Williams considers Filipino cuisine as the next big thing. “Filipinos are on UK tv, they are in every hospital and are successful in most of the things they do. Our presence is definitely being felt in the UK,” Williams proudly exclaims.

For Filipinos who want to be successful in London, her advice: “Be proud of your culture and do not feel inferior to anyone else. There’s more to Filipinos than the stereotypes, all we need to do is just show them,” she says.

Having lived in the UK for many years, Williams have learnt that doing things properly is far more effective than cutting corners. “Quality over quantity is the key to success,” she adds.

Her take on discrimination issue: “London is such a cosmopolitan city that people are really interested in learning new cultures than live in the past.” 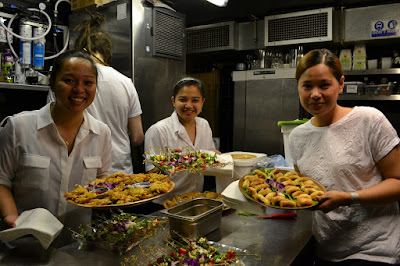 She notes that there are more Filipinos in London now. “This includes children of OFWs and their children who look Filipino but are British,” she says.

Mae’s husband Adrian works in sales and business development of digital advertising. In 2014, he co-founded a Mobile Tech Startup in London, which has become hugely successful.

According to him, London is the financial centre of EMEA (Europe, the Middle East and Africa). When other industries and companies develop globally, London usually gets involved. In the digital space, London is often the gateway to the US and likewise the gateway for US companies into EMEA, similar to Singapore in Asia.

Both Adrian and Mae are very active as founding members of “Philippine Generations”, a non-profit organization and supplementary school aiming to inspire young Filipinos to bring them culturally closer to the Philippines. 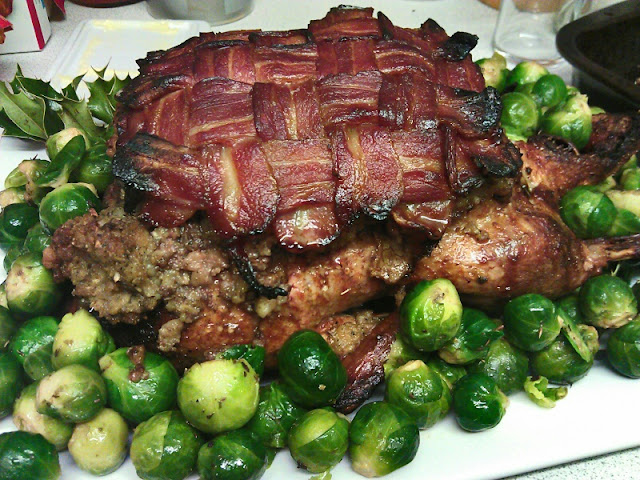 “We are children of migrant workers or OFWs. Many people, especially in the Philippines, forget that their “kababayans” go abroad to work and send money back home,” Adrian says.

“One day, these OFWs will retire and return home, no longer sending money back. They often leave behind children, who grow up as Filipinos in the countries of their birth, often earning 3-4 times what their parents earned, raising their own families and in the process, losing their identity,” Adrian laments.

The two, together with three other second generation Pinoys in the UK, aim to make a difference by educating them to be more aware of the Philippines thousands of miles away. Be it just learning about the culture, visiting the country, experiencing it more, getting involved in social issues or introducing Filipino food to the world like they do best.
Posted by Roger Pe at 5:24 PM