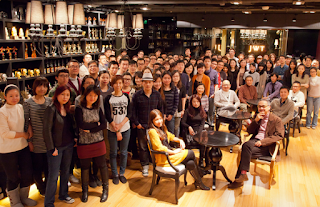 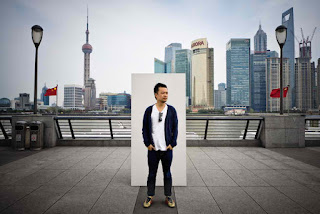 It was a successful campaign in how to tell a story in a single picture, without words.

It also became the world’s most awarded print ad in history, created in Asia by Asians.

The task: communicate Samsonite’s ultra-durability in an interesting way.

How did JWT Shanghai do it? By showing a dramatic and vivid contrast of first-class passengers enjoying a heavenly experience in an airplane, while the luggage undergoes a hellish ordeal at the cargo, yet still emerges sparkling after the torture.

The result was unexpected and the ad agency that was not expected to do well in global award shows surprised the jaded.

Based on Gunn Report, the acknowledged global index of creative excellence in advertising, JWT’s highly acclaimed ‘Heaven and Hell’ ad for Samsonite became the most awarded print ad of all time, earning both agency and China a place in advertising’s history.

Last year, ‘Heaven and Hell’ took home 10 Grand Prizes, 38 gold awards and 3 Yellow Pencils, all of them accumulated from the world’s biggest, toughest and most prestigious award-giving bodies.

The ad removed “Wedding” (DDB London’s campaign for Volkswagen in 1999) as the most awarded print ad for the last 13 years.

The ad’s journey to glory began in Cannes, romping off with four Gold Lions and China’s first-ever Grand Prix. Since then, the campaign was unstoppable, striking another China first, with a Grand Prix at London International Awards and dominated every major award show worldwide over the next 12 months.

How the ad was born

The ad was the result of a long, hardwork by JWT Shanghai’s creative team led by executive creative director Elvis Chau. They focused on the idea of how heavenly it was for passengers up in first class compared to the hell their luggage experienced below. 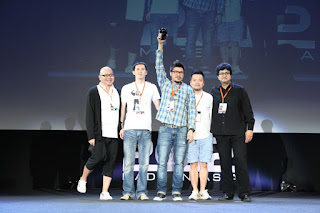 Chau previously worked in two JWT offices, Singapore and Thailand. Today, he owns one of the biggest Chineses names in advertising.

"The ad is based on fears that every traveler might face. If I watch the con¬veyor belt, I wonder if my luggage will come up in one piece," he said.

JWT Shanghai’s Art Director Hao Xi started the idea with a sketch that essayed tales of a traveler with one suitcase through the heaven and hell experience in a first class flight.

His team engaged a Chinese oil painter at first to bring his sketches to life, a Renaissance-style rendition complete with angels and devils to capture the mood.

The painting however didn’t capture what they wanted, and because it was taking long to finish an oil painting, they decided to scrap the idea and tried another route.

The agency turned to Illusion Studio in Bangkok for its expertise in CGI (computer generated imagery). There, they supervised motion-capture photo sessions with live male models to get the look and feel of body anatomy.

Poses were tweaked, meticulously used to produce a sculpture-like effect. Attention to details paid off and the agency produced an ad that set a new standard for the entire creative industry.

‘Heaven And Hell’ emerged as the first ever ad to top the Gunn Report’s table for 2 years in a row, earning the most awarded print ad honors not only for year 2012 but for Gunn Report’s 14-year history.

Also worthy of note are two other Asian ad agencies making it to the tough three spots: Ogilvy Malaysia and Ogilvy Shanghai punctuating the breadth and power of Asian creativity on world stage. 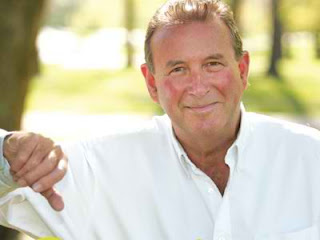 The idea behind The Gunn Report is to combine the winners’ lists from the world’s most important award shows: D&AD, Cannes, Clio, One Show, Epica, London, Asia Adfest, Spikes Asia, New York Festivals, to name some of them.

For the year 2012, Gunn included the top 45 shows in the world encompassing sections for TV & Cinema, Print, Outdoor and Digital.

The level of awards that counts for a given show is “Cannes Bronze Lion Equivalent”.
1 point is awarded for each win at the qualifying level of a qualifying show, 2 points for a Best of Show, 3 points for a Cannes Gold, a One Show Gold or a D&AD Black or Yellow Pencil.

In the case of multiple winners at the same show for a single ad or campaign, the maximum points that can be awarded is two, (or three, if it wins a Best of Show).

Following are the highlights of the 2012 Gunn Report:

4. Chipotle “Back To The Start” (Creative Artists Agency, Los Angeles)

1. Intel “The Museum of Me” (Projector, Tokyo) The second time the agency topped the table (also for Uniqlo in 2008)

2. Google Chrome “OkGo– All Is Not Lost” (Hakuhodo, Tokyo)

Another year for USA and Australia captures its best ever ranking. A total of 58 countries scored at least one point. Tunisia makes it for the first time, joining the number of countries ever to appear in the Top 25 up to 40.

The top three on the list were the same as last year but in different order this time. Volkswagen goes back to the top for the 11th time in 14 years. Both Coca-Cola and Mercedes-Benz get their highest ever ranking.
2. Google
3. Nike
4. Coca-Cola
5. Mercedes-Benz

Wieden & Kennedy (Portland, New York) moves up from 2nd to No. 1 spot. 3 of the top 5 have previously topped the list.

Rankings from 1 to 4 are the same for the fourth year in a row. DDB closed the gap on BBDO, which won for the 7th consecutive year. In the 14 years of The Gunn Report, DDB has won in the Networks table twice, Leo Burnett and TBWA once each, and BBDO, 10 times.
2. DDB
3. Ogilvy
4. Leo Burnett
5. Y&R (highest ever ranking) 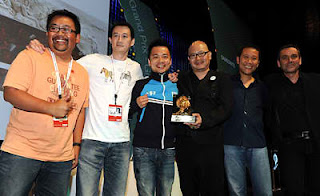 Donald Gunn says, “2012 has got to go down as one of the strongest years in The Gun Report ever. There is so much awesome work clustered at the top end of our four tables for the ads, not just for sheer magic in execution but also to brilliant, daring and differentiating strategies.”

In film, “The Bear”, “Three Little Pigs”, Chipotle “Back To The Start” and “Dads In Briefs” would all have been worthy Cannes Grand Prix winners in a normal year,” he says.

Ad Age called Gunn “The man with the best job in advertising” and spearheaded the worldwide study on creativity and effectiveness: “Do Award Winning Commercials Sell?”

He joined Leo Burnett in London in 1962 as a copywriter, fresh from Cambridge University. He subsequently served as Burnett’s Managing Director in Netherlands and Switzerland and as Creative Director in South Africa and France.

He was Burnett's Director of Creative Resources Worldwide in 1984. In this job, based in Chicago, he created several Burnett institutions, which became the envy of the industry – including the World TV Update and Worldbeater reels, and Global Product Committee.

He served as Cannes Festival president in 1998 and 1999 then launched The Gunn Report & Showreel of the Year, which become the world’s official measure of competitive excellence for the advertising industry.