FINDING MY LONG LOST BROTHER AND SISTER IN CHINA, AN EMOTIONAL JOURNEY, PART 1

What if I died and never met Zhen Yuan, Lin Qing, Su Sulian, Jian Zhong and his wife Lin Qing, Bin Bin, Yu Yu, Huang Kai and the rest of my closest relatives in China?

I was told about having a brother (Zhen Yuan) and sister i(Lin Qing) in China when I was a child but my Filipino siblings did not know where to get in touch with them. Over fifty long years, or maybe longer, way past my childhood, an entire life lived without seeing them from ground zero. They would have been completely wiped out and forgotten. But that did not happen. I could only thank God, and words are not enough to also thank Pe Clan Facebook Page, social media and, well, yes, my insomnia.

From the start, verifying the news was like passing through a dark underground highway, an emotional rollercoaster even when you see the light at the end of the tunnel. "What if it was a joke?" was a question I didn't want to entertain. But it kept ringing in my ears. 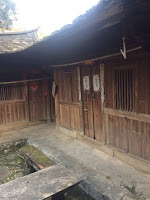 And then I actually heard Lin (my sister) on the phone.

That very Tuesday morning, I mustered enough courage and dropped everything, even if it meant not spending Christmas in Manila, an occasion I have learned not to look forward to. I rushed to the mall, found myself looking for the nearest airline counter. The day that I decided to book a flight to Xiamen was the beginning of an adventure, a journey of a lifetime fraught with mixed feelings. Fright. Curiosity. Hope. Excitement.

Looking back, everything is now immaterial. People I live every day, who label people, and struggle with every single day don't matter anymore. They are now irrelevant to me and have no part in my story. Who cares about them now when you have a loving family? Today, I have learned that no matter who you are, what you are, where you came from is not important. What matters most is what you have become and learning to know what is essential and inconsequential. I have found my family. 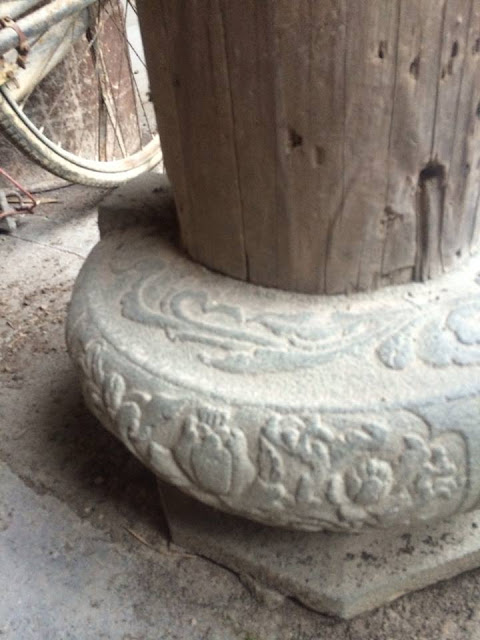 I will make this less melodramatic. Advance Merry Christmas, to all of you, my FB friends. Thank you all for your good wishes. I am dropping everything, yes, everything, even spending Christmas in the Philippines - for something special.

In a few hours, I will be in Xiamen, then to China mainland, and finally to Anxi, China's tea capital where my relatives live.

Inside my luggage are two disposable winter jackets hurriedly bought from a Makati Square Ukay-Ukay store (cheap, 200 pesos each), boxes of Philippine dried Mangoes, pastillas, other pasalubongs and some bundles of newspapers, hahaha!

How will I get by in China? Adventure. But it's nice to know that my two nephews will fetch me at the airport and will hold a banner with my name on it. That makes me a little less anxious.

My father left a wife and two young children in China when he and his cousins left Amoy, (now Xiamen) China after the war. Perhaps, he promised them that he would return. He never did. He died when I was 11 years old in the Philippines.

This Christmas, I will be seeing one of ‘two young children’, Chin Yan, my Chinese half-brother who is now about 84 years old. It would be perfect to meet the other one, Lin Qin, my half-sister, but she is currently in the US visiting her youngest son.

No, I don’t want to call them half-brother or half-sister. Regardless of their status in life, they are my family and I am now complete.

I have never met them nor seen their pictures previously. Facebook led me to their existence through an exhaustive family tree search, and finally on an accidental trip to Anxi on November 2016. Chin subsequently informed Lin, who, together with her daughter-in-law, Christina, initiated a series of calls and emails to contact me.

From three different cities (Nan-An, Anxi, JinJiang) my brother’s family convoyed to Longmen, a village exactly the opposite of industrializing Xiamen. After one hour of driving, we stopped at a commodity store.


I had thought we were going to get bottles of water but Jian Zhong, my nephew, told me to follow him to an old house nearby. I was introduced to a woman who kept glancing at me with curiosity I felt awkward.

As they continued to talk, the stubborn rule breaker in me anxiously sneaked inside. A pre-war bike caught my attention. A padlocked room gave me the chills. A feeling of serendipity, I reckon.

Further right, as I strayed, I came close to an enclave that looked like an altar gathering dusts with mounds of ashes from burnt sticks of incense. Moving closer to the centerpiece, three pictures came to my view. The one in the middle made me choke. It was my father’s. At this point, I can hear everyone’s footsteps and I rushed outside, only to reemerge after about two minutes. What happened next? What happened in the village stays in the village.

In the olden days, traditional Chinese houses had a courtyard (a multi-purpose space for family get-togethers) and a permanent fixture – an altar to remember members of the family who have passed. As for the picture, I will post it on Father’s Day. It will be private for now. My family in China: The best in the world. Xie xie, wo ai ni.