THE PHANTOM OF UNITEL


If you can slow motion your life, what amazing things can you see?

Scene 1: From the thick rainforest foliage, the rustling leaves followed her path to a field of swaying blooms. Petals of varying hues danced with the breeze, trickles of rain pirouetted with the morning dew. Soon a rainbow arched in the sky, birds and butterflies fluttered by.

A picture speaks a thousand words. But however it is peppered with picturesque words and three-dimensional adjectives, it is just a picture. Immobile and has no emotions.

A moving picture makes you speak words by the hundredfold. It stretches your imagination farther than it did before.

But what if you can hold time in your hand or film a scene that’s faster than a speeding bullet? Or catch each frame in slow motion, with stunning details? What poignant stories can you tell, what poetic words can you spin?

Let us whet your visual appetite.

Last month, you probably saw how BBC aired a huge ocean scene, shot beneath the surface, revealing a 4-meter tall monster barrel wave. Clearly visible was a vortex created by the birth of a wave that formed other vortices. Filmed in high definition, using a high-speed camera, it captured the action at several times slower than normal speed. The result was never before sharply caught on camera.

Many Manny Pacquiao followers, the ones who’ll not stomach any graphic gore, would hide under the table had the fight filmed with the same type of camera. Every replay would have been much more dramatic, blood curdling at the very least. Imagine each boxer’s muscle fiber twitching, blood and sweat unleashed, and the splatter flow slow motion towards you. You could be knocked out by the visual spectacle punched your way.

Having put in layman’s term how slow motion can capture what ordinary cameras have never previously allowed you with utmost clarity, let’s get to the technical bottom of it all.

The Phantom is a revolutionary high-speed camera that delivers 35mm depth of field. At virtually any desired resolution, it can bring you ultra-high frame rates beyond 2K in excess of 1000 fps at 1080p and 1500fps at 720p. If that’s a mouthful, well, it is not just a high-speed camera – it combines all the high-imaging qualities of expensive specialty cameras.

With the Phantom’s HD resolution, creative people can shoot thousands of pictures-per-second and enable them to have a seamless control of speed, including time duration – tools they need to tell a story in stunning new and dramatic ways.

The Phantom is the only one of its kind in the Philippines and exceptionally rare even in Asia’s top production houses. Unitel’s latest camera trophy further ups the ante where time, money and quality finish are the essence in Philippine tv commercial production.

Unitel is the country’s undisputed leader in tv commercial production output since it revolutionized the industry 24 years ago. It is also into quality filmamaking, continuing to professionalize, digitalize and bring new technology to the industry today.

“Quality-wise, the Phantom blends well with 35mm film and has a fast and simple workflow. A regular 16mm photosonic shoot would cost 160K for the camera, filmstock, processing and telecine (the process of blowing a tv ad up to the size of a moviehouse screen). With the Phantom, clients would spend less but get much more,” says the ever-evolving Unitel President Tony Gloria.

Gloria was chosen by the Philippine 4A’s as one of 25 mavericks of the ad industry in 2003 and Creative Guild of the Philippines’ Lifetime Achievement awardee in 2005. Advertising tv commercial director Sockie Fernandez, calls him a real visionary leader who always tried to innovate and went against the usual.

Multi-awarded and veteran tv commercial director Jun Reyes who has made some of the Philippines’ most memorable tv spots, is all praise for the Phantom. “The camera allows you more creative rooms to put a storyboard to life. By capturing special fleeting moments, creative people can put poetry and romance in varying degrees of slow motion. It’s amazing,” he says.

Larry Manda, another top-ranking director known for his beautiful camera-work, puts it succinctly: “With the Phantom, images look like a graded film print. The blacks held up beautifully, the whites fall off smoothly and all do not bleed easily. You get a 35mm depth everyone desires. New rhymes, rhythms and pure visual poetry can now be seen through this state-of-the-art tool.”

Long-time Philippine resident British cinematographer and ace director Matthew Rossen is all praise for the Phantom. “Even more interesting than running up to1000 frame per second at 2K is the Phantom’s 35mm sensor. If there is a data camera that can capture the subtleties of film, this could be it,” he says.

A Pinoy tv commercial director who has done tv ads in Europe, Martin Arnaldo exclaims the advantages of using a Phantom camera: “With the Phantom, you can keep on shooting at ultra-high speed without worrying about film stock and you can instantly see what you just shot. And because it’s very light, you have hand-held freedom to design high speed shots, bringing new movements to slow motion.”

Has the economic downturn affected Unitel’s high-speed trek to excellent work? Maricel Royo, VP for Client Services and Operations, is quick to respond: “Production houses come and go. When recession comes, the tough gets going and the industry always comes back to the real thing - the solid one that gives them higher value - excellence all these years.”

Almost a quarter of a century creating the best moving images in the Philippines and Southeast Asia and five prestigious Production House of the Year awards later, Unitel has remained an industry leader in innovation and creativity. Constantly reinventing itself, the pioneer has never stopped growing and unafraid to take risks, making us to ask: If you want to do a damn good tv commercial, which production house should you go?
Posted by Roger Pe at 8:10 AM 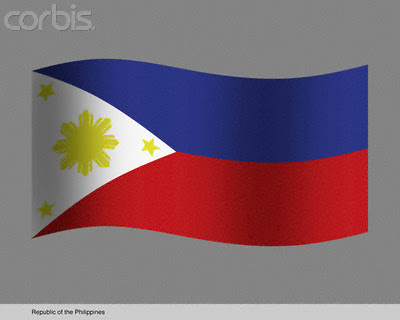