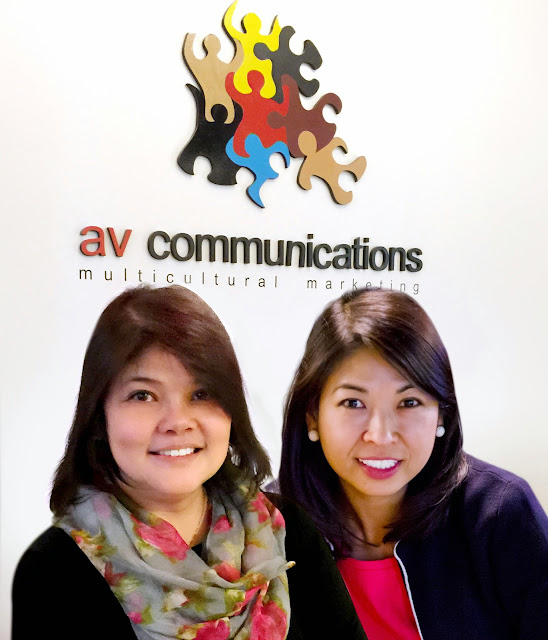 Before their shop became one of the most sought-after multi-cultural communications agencies in Toronto, Marvi Yap and Anna Maramba had to work almost 24 hours a day in their first few years.

They were busy marketing the agency during the day and doing small projects during the night. The agency billing was nowhere enough to pay the bills or even buy their meals. They also worked on the graveyard shift in factories, packing frozen bagels every night.

At one time, they delivered Toronto Star, the city’s daily paper to residential homes. They would be at the depot at 1:00 a.m. to get over 200 newspapers and deliver it to a village equivalent to Forbes Park or Dasmarinas Village in Manila. They had to finish the delivery by 6:00 a.m. or the residents would complain.

In that daily grind, Yap and Maramba asked: “We wondered what these people did for a living, their houses were huge! Were they once struggling immigrants like us?”

But after surmounting all kinds of challenges like funding (no bank, big or small, nor credit union was gracious enough to give them a small loan) and no support system (no network of friends or relatives whom they could ask for help on how to set up the business), they are now on a roll, working side by side with known marketing and mainstream ad agencies in Toronto, even winning awards.

How did they end up in Canada?

The two didn’t really intend to go to Canada. Anna’s twin sister was applying for immigration and they just decided to “tag along”. That short-lived adventure became a turning point in their lives.
Yap studied in Maryknoll from grade school to high school and majored in Broadcast Communications at the University of the Philippines. Maramba studied in Assumption from grade school to high school, went to De La Salle University and went further studying at the Philippine School of Interior Design (PSID) to become a licensed Interior Designer.

The idea of putting up a communication business came while they were both walking around Toronto and they realized that advertising all over was not speaking to the ethnic diversity of the city.
“We were in the subway one morning when we saw an ad for a financial institution that said: “Why break the bank?” We both looked at each other and said “naintindihan mo ba yung ibig sabihin noon?” 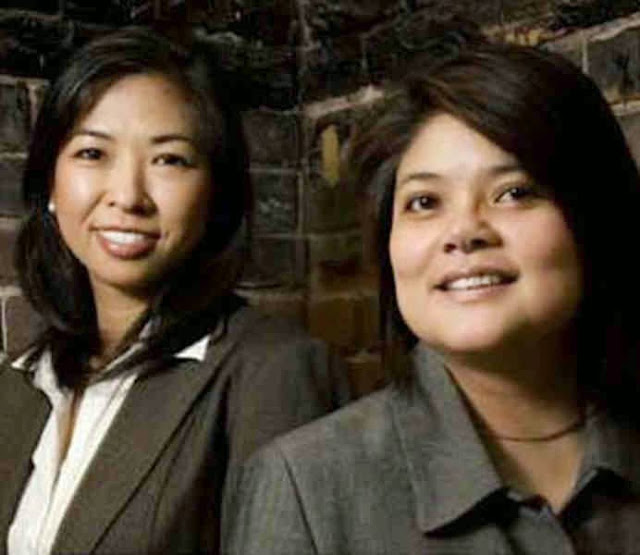 Yap and Maramba figured if they didn’t understand some of the English-language ads in Canada when they were both educated in North American–style English in Manila, what more of other immigrants from China and Latin America who came to Canada not speaking a word of English?

Thus, AV Communications, was born, a niche-advertising agency that catered to multicultural communities in Toronto.
“Our multicultural niche is a very relevant positioning in Canada,” Yap says. She backs it up with these facts:
An immigrant joins Canada almost every 2 minutes, almost 41% of Canadians are either first or second generation immigrants, 1 out of every 5 Canadians currently living in Canada was not born in Canada, every year 250,000 immigrants arrive in Canada and this does not include temporary workers who come with short term contracts or even international students.

She adds that within 10 years, 70% of growth in consumer spending will come from Asians and South Asians alone (not even including other ethnicities such as Latin Americans, East Europeans, etc.)

From a struggling small company, the shop is now working hand in hand with big agencies, which realize they do not have the core competence to speak to multi-cultural communities.
“They hire agencies like us to work together with their agency of record. For example, we work with Saatchi on the Toyota account,” Yap proudly says.

AV Comm has grown to a full-service ad agency offering strategic planning, creative development, ethnic media buying and planning, events marketing, and everything that an ad agency does.

What makes it unique is that it has an ethnic or multicultural focus with a mantra to create an emotional bond between the ethnic consumer and mainstream brand. Another core competence is its ability to immediately adapt to trends that are happening in the world and filter these using the agency’s ethnic lenses from traditional to digital.

Today, the shop that the two established as a partnership in 2003 and fully incorporated in 2005 has 16 professionals from Hong Kong, mainland China, Malaysia, Brazil, Pakistan, India, Jamaica and, of course, Philippines, working in Vancouver, Calgary, Winnipeg and across different Canadian provinces where large population of immigrant communities can be found.

A number of people, even clients, have also expressed interest in investing in AV Communications but the two believe that it is best to leave the ownership to the original “cooks” who really gave up blood, sweat, tears, sleep and social life to grow it to where it is now.

Awards? The agency has plenty of them. AV Comm started submitting entries to the Marketing Awards, an award-giving body that has been recognizing the best in Canadian advertising since 1908.

To win the “Golden M” as it is called, is a big thing even for mainstream agencies. In 2011, it opened a category called Multicultural to herald the best work in multicultural advertising in Canada. AV Comm has been consistently winning for 3 years now particularly for its work on BMW (Chinese New Year Campaigns).

The agency also holds the distinction of being the only multicultural agency that has won a Cassie, a prestigious creative and marketing effectiveness award where the “big boys” (McCann’s, JWTs, Y&Rs and many, many more) also compete. It was for an integrated advertising done by the agency for Western Union where it combined out-of-home, digital and grassroots experience to promote Western Union’s holiday campaign. 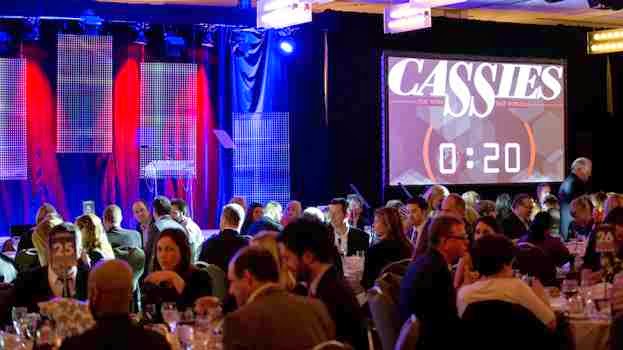 Located in artsy side of Toronto

Like Soho of New York, where most ad agencies are located, the agency is on the topmost floor of a Toronto heritage building called The Robertson. It is often described as an architectural gem among many warehouse/loft structures in the area built between the years 1911 and 1913.

Yap and Maramba are usually the first in the office, and the last to go. Even now that the agency is on its 12th year this May 2015, they still have the same passion and attention to the day-to-day stuff, as if they were still in Day 1. The only difference is, they are now able to delegate work outside of each other. Plus, they now don’t have to pack frozen bagels from 11 p.m. to 7:00 a.m. or deliver newspapers at the wee hours of the morning.

Asked if a Filipino-managed company can stand with the best in Canada or anywhere else, Yap says:
“There are many successful entrepreneurs in Canada – but they tend to be invisible, not recognized, as they should. In North America, you need to toot your own horn so people can take notice. This is not something we are used to. We let our work showcase our success and not the loudness of our voice,” she says.

Yap is proud to be a Pinoy because “we are known for our good work ethics. We are very hardworking, trustworthy, “talk-less, work-more” type of people,” she says.

What advice would she give to Filipinos who are planning to work in Canada? “Believe in your capabilities and your talents. Hindi dahil puti sila, or mas diretso at slang sila mag ingles, e mas magaling na sila. Don’t be intimidated. Don’t be the first one to say you are not as good as they are. Because you are. Don’t be discouraged. Starting over is never easy. Reinventing oneself is an exciting concept but the road towards fulfilling that is not glamorous. Just keep on and enjoy those little “stop overs.”

The two miss Jollibee, Via Mare Bibingka, Chocnut, Kowloon siopao, Pinoy dirty ice cream, the warm weather, and our beaches. “Our country is so beautiful we never really get to appreciate it until we were far away from it,” Yap confides.

On their next vacation back to Manila, Marvi and Anna say it would truly feel it’s so good to be home. “Because people are so much more genuine and helpful.”