2008 ASIA ADFEST: ANOTHER GOLD FOR THE PHILIPPINES? 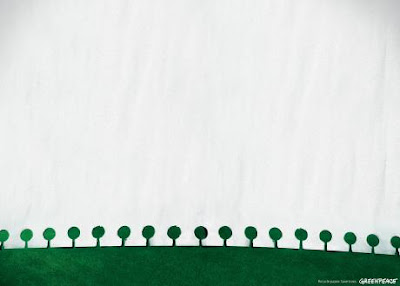 The grandfather keeps addressing one of his granddaughters as Gina. Karen, his other granddaughter, who takes him out for a treat, orders a burger. The highlight - he slices it, wraps the other half and says, "this one is for my favorite apo."

Scene from one of the Philippines' best loved tv spots.

The story, woven in a McDonald's store, upped customer traffic volume, touched millions of television viewers nationwide and did the same with Asia Adfest judges.

The crafters of the spot used many unconventional ingredients to catch people's attention: minimalist copy, 'disturbing silence', camera work that did the talking, sensitive, spontaneous acting and use of an almost docu-effect but brilliantly executed cinematography.

Most award-winning commercials are actually very simple. This one is, and talks about a very Asian topic - filial piety with a twist.

It had none of the verbose, de rigeur, wall-to-wall copy, tiring product windows we hear that annoy people every day and make them switch off the tv set. To answer your next question, yes, it won many hearts and sold the product anyway.

"Lolo" continues to make history. Today, the trail it blazed is still unsurpassed in tv category. No one has come close to the massive talk-value it generated during its time and no pinoy tv spot has inched closer to its landmark gold win in the region's most prestigious award competition.

Our second gold came after four years, in print this time, and in a medium many consider as the Filipino creaive's strength. JWT Manila registered Intensity 10 on Cannes of Asia's creative richter scale. The win in the once private domain of Thais, Singaporeans and Japanese reverberated far and wide giving the industry a shot in the arms. The stunning gold follow-up came at an opportune time: when a bronze wasn't easy to get and finalist-framed certificates were something to crow about - in an award show that had already eclipsed the sheen of rival Asian Ad Awards - the Spikes.

What honor it gave us when even proud Singapore, the usual resurgent Malaysia and emerging India were scramblings for crumbs, pushing the Philippines shoulder to shoulder with the always iredescent Thailand, albeit only for a brief period.

"Trees" owed much of its power through simplicity executed with visual illusion charm. Imagine a page of a notebook with its spring binder holes graphically resembling like rows of trees and told us to recycle paper. Brilliant.

The culprits responsible were not the old, jaded type many had expected. Two young genex-driven turks, seemingly out to re-edit the books, they were kid giants Joey Ong (Art Director) now ACD at Jimenez-Basic and David Ferrer, JWT Manila ECD.

The Greenpeace ad also galloped through world's major award shows, made a splash in international annuals and in today's current rage - online creative sites. With a Silver from One Show and Cannes, Bronze from Clio and Asian Ad Awards, "Trees" also shimmered bright on the glossy pages of Campaign Brief Asia, Communication Arts and The Work.

Its biggest aftershock: it turned around an agency within such a short time and made it one of the hottest shops locally and regionally. And the world is noticing.

JWT Manila today is one of the network's crown jewels in Asia along with JWT Bangkok, JWT KL and JWT Mumbai - dynamic, freshly overhauled, cleansed, repopulated with youth and vigor and reinvented.

Gold on tv. Gold on print. Can we win a gold on radio in Asia Adfest? JWT Manila seems to be the agency most likely to gift us that on the strength of its Cannes whopper - the Gold Lion winning "Corporitual" ad done by the agency for its Lotus-Spa client.

Now, it's a race for JWT and top Philippine creative ad agencies to win our first Asia Adfest radio Gold.
Posted by Roger Pe at 6:36 PM