WHAT IMPACT DOES A 'RECYCLED' AD LEAVE YOU? 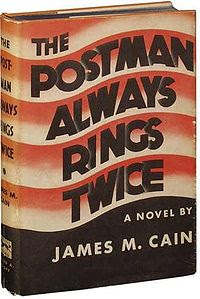 
The movie “The Postman Always Rings Twice” was remade not twice, but four times. Which brings us to ask: which one of the four did you like better and which one gave you much impact - the one that starred Jack Nicholson and Jessica Lange, or the 1946 film noir version?

Whatever it is, people will always choose the original. The impact it created when it made the first splash will always resonate for a long time.

What is a Remake? Wikipedia defines it as a material, which uses an earlier material as the main source of the subject. It is different from Re-interpretation, as most Batman and Darna movies are done. Which takes us to the next question: Is a Remake a tribute to the original? Or producers are just running out of materials and want to capitalize on the success of the original?

It is interesting what Google says about famous Remakes. Get ready for some measures of tongue-lashings:

“Artistically and economically, Hollywood hasn’t learned that remaking classics for tv or theatrical release is dumb and never works. Not at the box office, nor does it enhance the reputation of actors and directors in comparison with the legendary cast of the originals.”

Google mentions “High Noon”, “Gone With The Wind II”, “Sabrina”, “The Thomas Crown Affair,” “The Wiz” among others. The latter was even called “the bomb of all bombs” and the site throws another dose of acid: “Too many remakes are done by half-baked hustlers trying to cash in on monumental successes of the past with pale imitations.”

“For some sentimental, and maybe even more substantial reasons, people always tend to like the original. Remakes always suffer the same fate - being compared to their predecessors and tend to evolve their own genre – the Mother of Duds. Either they languish in whimperville, hit the ground with a loud thud or miraculously redound back to life,” a colleague says.

But we all know that such is not the case when it comes to exceptional prequels or sequels. Harry Potter, Transformers and Ice Age movies have recently burned the cash registers and emitted tons of money.

But what about tv commercials?

As in movies, comparison will always be on hand: Did the Remake measure up? On BusinessWeek, David Kiley, wrote: “I like it when an advertiser tries an update of an old idea provided the idea and execution is good. Consider what BMW has done for Mini. I even like the creepy-looking “Burger King” which has turned up in BK ads this year. But Coke’s remake of its classic 1971 ad “Hilltop”, a.k.a. “I’d Like To Teach The World To Sing,” redone as “Chilltop” for Coke Zero, left me cold.”

Riley continues to rant: “The thing looks like some exercise in hipness as conceived by some older middle-aged ad and Coke execs. I got a whiff of the ads Buick tried to pull off a few years ago behind the tagline, “It’s All Good.” The people in the ads look like they are putting on a glee-club concert instead of the edgy ad it should be.”

Remakes: Are they homage, plain recycling or interesting? You decide.
Posted by Roger Pe at 10:11 PM