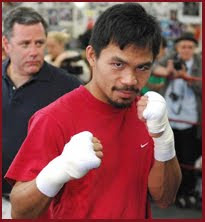 Filed Under: Advertising, Media
The movie “The Postman Always Rings Twice” was remade not twice, but four times. Which brings us to ask: Which one of the four do you like better, the one that starred Jack Nicholson and Jessica Lange or the 1946 version?

For those who’ve seen all four, the inevitable comparison will happen, and people will always notice the enhancements made after the original story.

Often, people will choose the original. The impact it created after the initial splash would resonate for a long time.

What is a remake? Wikipedia defines it as a term generally referred to as a material, which uses earlier material as the main source of the subject.

It is different from re-interpretation, as how most Batman and Darna movies are made. Which takes us to the next question: Is a remake a homage or tribute to the original? Or are producers just running out of material and want to capitalize on the success of others?

It is interesting to see what Google has to say about famous remakes: “Artistically and economically, Hollywood hasn’t learned that remaking classics for TV or theatrical release is dumb and never works. Not at the box office. Nor does it enhance the reputation of actors and directors in comparison with the legendary cast of the originals ... Too many remakes are done by half-baked hustlers trying to cash in on monumental successes of the past.”

For some sentimental, and maybe even more substantial reasons, people always tend to like the original. Remakes always suffer the same fate, being compared to their predecessors. Most languish in whimperville, others hit the ground with a loud thud, but some miraculously make it.

But what about TV commercials?

As in movies, comparison will always be there: Will the remake measure up?

On BusinessWeek, David Kiley, wrote: “I like it when an advertiser tries an update of an old idea provided the idea and execution is good. Consider what BMW has done for Mini. I even like the creepy-looking ‘Burger King’ which has turned up in BK ads this year. But Coke’s remake of its classic 1971 ad ‘Hilltop,’ a.k.a. ‘I’d Like to Teach the World to Sing,’ redone as ‘Chilltop’ for Coke Zero, left me cold.”

“The thing looks like some exercise in hipness as conceived by older middle-aged ad and Coke execs. I got a whiff of the ads Buick tried to pull off a few years ago behind the tagline, ‘It’s All Good.’ The people in it look like they are putting on a glee club concert instead of the edgy ad it should be,” Riley says.

Here, a legendary TV ad that was done in the 1970s that made cash registers ring and everybody shout “Ito ang beer” (This is the beer) has been reincarnated with a vengeance.

Was it meant to squeeze every inch of mileage from world boxing champion Manny Pacquiao?

The remake of “Isang Platitong Mani” started airing early July. It was a virtual rehash of a 1970s campaign that was voted Ad of the Year during the silver anniversary of the 4As, among others.

You expect that a big surprise at the end will detonate and jolt you out of your seat as Pacquiao points to the menu and orders “roasted legumes” or something. Cut to next scene: “Isang platitong mani” is served.

We asked some marketing industry folks what they thought about the new San Miguel Beer Pale Pilsen TV ad. Here’s what they say:

“It may be possible that only a few of us can remember the old version. To the current target market, it may be novelty. For those who do remember it from a consumer standpoint, it is cute to revive these things, especially if execution justifies it. The spot and its punchline are still relevant and Pacquiao does bring some charm to the masses. From a professional standpoint, well, I hope McCann will not go on with a string of revivals. It can border on being sad as far as their capability is concerned.”—Saatchi & Saatchi top accounts management person

“I think it is okay. It is amusing.”—copywriter

“Seems like no creative people were involved. What do you expect from a rehashed ad?”—copywriter

“I don’t know how it will resonate with today’s consumers. For me, there’s nothing new. But what could have been great was a spot using the magic of technology that combined an old TVC with the new to connect two generations of San Miguel Beer loyalists. Remember the magical duet of Nat King Cole and Natalie both singing ‘Unforgettable?’”—top marketing director

Homage, recycled or interesting? You decide.

Scene & noted
Political ads are a boring lot and much too predictable. But this one isn’t. We think it is creative, simple and insightful. We are referring to a TV ad showing some building blocks being formed to dramatize what people unwittingly pay as excess tax or something. Congratulations to the creators of the campaign.
Posted by Roger Pe at 9:36 PM