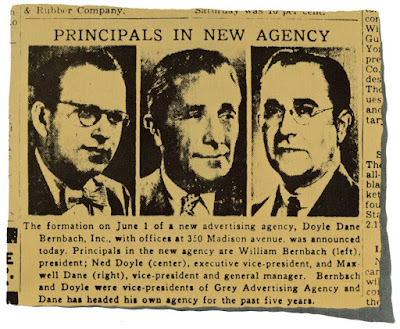 Which ad agency led in new business acquisitions and revenues towards the end of 2011?

R3, a global consultancy on marketing efficiency and effectiveness, released its 11th month report for year 2011 and showed DDB on top of the list with a 2.59 Million USDollar gain, roughly P114 million pesos for November alone.

R3 does independent research on media auditing and marketing impacts focusing on insights and analysis.

It is Asia’s largest marketing consultancy, which merged with Grupo Consultores, Europe’s biggest, in 2004.

R3 Consultancy tallies a monthly report on Philippine ad agencies’ new biz wins, as well as in other countries in Asia-Pacific, lists blue chip accounts worldwide as among its clients: Johnson & Johnson, Samsung, Singapore Airlines, Microsoft, SingTel, Visa among others.

“We are thankful for this exciting development, more so with the continued trust and confidence of our growing number of clients, said ” Gil G. Chua, Group Chairman of DDB Group.

“We expect to remain on top even when the full 12-month tally for 2011 is completed”, said Ma. Teresa Almazora, agency’s Corporate Communications Director.

“The volume would come from other surprise packages that greeted us towards the end of the year,” she said.

With the R3 Report, Almazora said: “The agency expects a high percentage growth increase, much higher than the one the agency registered in the last three years.”

Over the last 10 years, the agency has handled Smart Telecom and PepsiCo, counting Petron, Unilab, East-West Bank and Meralco as one of its most recent clients.

OMD (Omnicom Media) also part of Omnicom Holdings to which DDB belongs, also topped the list in Media New Business League for November, hitting 1.51 USD for the same period. Touch DDB, however, is DDB Group’s media agency in the Philippines.

OMD has over 8,000 employees in more than 100 markets across every region in the world, uniquely positioned to provide market-leading service to clients locally, regionally and globally. It has garnered Campaign Asia’s Media Network of the Year awards many times over.

R3’s methodology for NBL (New Business League) is a compilation of the most recent data supplied by 26 multinational ad agencies on a monthly basis.

The report is balanced against client estimates, Nielsen ADEX (advertising expenditure), discounted to appropriate levels and then converted to revenue estimates.

DDB Philippines is part of the DDB Worldwide Group, one of the world’s most creative and effective ad agency networks under Omnicom Holdings Company, which also groups two other iconic agencies: BBDO and TBWA.

Headed by Gil G. Chua, Group Chairman and CEO of DDB Group Philippines, the former AMA agency has been on the winning binge, figuring in the industry’s new business pitches radar and holding its own against the big guns in last year’s 4A’s Agency of the Year Awards and Philippine National Advertising Congress “Araw Awards”.
Posted by Roger Pe at 9:50 PM