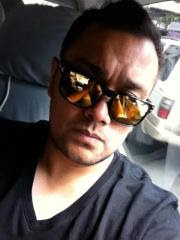 
You bet, your neighbor’s little muffet can mimic a tv host’s antics, and mouth his lines in one click.

And how right you are, your aunt knows that telenobela heroine. Come hellish traffic or high water, she’s home just in time to watch her favorite soap, never wanting to miss a thing.

In a small barangay, where and when everyone is at home, including the household help (and occasionally some people peering by the window) you can safely say, the whole nation is watching tv.

97%, (some say 100% now) of Filipino homes have television, even low-income groups can boast of having one. Flat, plasma, wide screen, state-of-the-art digital-sound surround, a home theatre, name it, we got it.

Filipinos watch tv a lot, an average of almost 8 hours a day, according to research specialist AC Nielsen.

When we watch commercials, we know that someone in the family will be good at remembering the parts or even the whole ad itself.

That someone will eventually become part of a critical mass contributing to brand recall, shelf offtake and loyalty.

A decent 30-second tv commercial without much special effects and multitude of talents normally costs 2 to 3 million pesos.

Depending on the story, location and post-production enhancements needed, the amount could jack up by half as much. And that is only the tip of the iceberg.

An advertiser must need a bigger tranche of money to pay the cost of airing that commercial. A single 15, 30, 45 or 60-second tv ad (the normal time limit allowed for tv ads to broadcast on air) costs thousands of pesos.

A simple 15-second tv commercial aired on primetime (when mass-market viewers are at home) is about P100K to P400K per airing while a 30-second tv ad on primetime costs P500K to P1M.

Multiply the number of times it is aired in one day, a week, per month, for 6 months or one year, go figure: the amount an advertiser is spending and the money tv networks are earning.

A tv ad is part of mainstream advertising, the good old reliable traditional medium of reaching a nationwide audience.

Because it can pierce deeper into a broader market and register a near perfect target, marketers pump in money on this medium.

A tv commercial begins with a client’s marketing brief from where the ad agency develops a strategy document - the road map concurred by both parties.

It goes next to the creative group of the agency, which then brainstorms on ideas best suited to address the client’s marketing problem.

Ideas, like inspirations, can come from anywhere: day-to-day situations, insights from a wet market vendor, the way people behave during unguarded moments, even from, yes, contents of a garbage can.

When the agency is ready to make a recommendation to client, a first pass meeting is scheduled.

Concept boards (shorter but idea-packed version of full-blown storyboards, the frame by frame picture story-telling of the raw commercial, usually done illustration style, computer-rendered or animated) are presented to client.

Once approved after a series of meetings, the storyboard is bidded out to third party suppliers – the production houses.

Feasibility and pre-production meetings commence, locations are checked, casting of talents are finalized, acting workshops are conducted and, finally, you’re off to the first shooting day.

There are a number of tv production houses in the Philippines, big, medium and small in terms of experience, longevity, creativity and knowledge of current global trends.

Judging from its website alone, you’ll know that Revolver is cutting-edge and your commercial will be in great hands, lock, stock and more than two smoking barrels.

In a random survey among top industry creatives and producers, Revolver came on top besting even the bigger and more established guns.

“We started with 6 people sharing a small room as the entire company. It was amazing the scale of projects we were able to accomplish that early on,” said Arby Fil-Tomas, better known as “AF” Benaza, President and CEO of Revolver and one of the most-sought after tv commercial directors in the country today.

Owned by Dondon Monteverde, son of movie mogul Lily Monteverde of Regal Films fame, the award winning production house moved to its own studio after 6 months.

“We have 3 floors now,“ according to Benaza.

On its first AdCong at Subic two years ago, Revolver was nominated as one of the Top Production Houses, placing second after Hit Productions, who’d held the title for many years.

“It was such a surreal moment to see Revolver actually win the No.1 spot this year,” said a proud Benaza.

Benaza was one of the top 10 directors commissioned to work on Nestle's 100 years Short Film Anthology. He did Milo’s “Sali Salita” for which Nestle eventually won as Advertiser of the Year. If you remember a Nescafe tv commercial where a man picks up a rain drop and hands it over to a girl as a necklace gem, Benaza directed that.

At last year’s CamSur Ad Congress, the whole Revolver team had a great feeling they’ll win as Production House of the Year after seeing the company's name flashed on screen almost every category during the Araw Awards night.

They were absolutely right.

“My staff went bananas! Everyone was trembling and shouting. I had to literally push them forward to get to the stage. It was a humbling experience to share that stage with people who worked together to get there,” Benaza said who admitted being an “emotional mess for quite a while” after that night.

Aside from Benaza, Revolver has one of the best ensembles of directors in one house, each with his own sterling credential.

Asked what he and Revolver wish to achieve this year, Benaza pointblankly said:

“Revolver is set to break new grounds in non- trad advertising. As more people have an iphone, ipad, or android device surgically fused to their hands, we want to help clients reach these people with campaigns that don’t just hinge on traditional media.”

Looking forward to the future, and aiming for well-crafted campaigns? Pull the Revolver trigger. It’s your creative powder keg.
Posted by Roger Pe at 3:46 PM