IF YOU DON'T MOVE, YOU DIE. 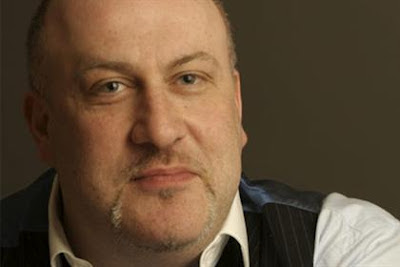 In today’s marketing war, where so many events have obliterated the advertising landscape, agencies must always be on the lookout. If you don’t move, you die and if you deliver late, you are in trouble.

That’s as far as Tony Harris, British Chief Executive of BBDO-Guerrero is concerned.

On his second year as David Guerrero’s partner in running the Philippines’ most internationally awarded ad agency, Harris acts not like a CEO but always as a consumer.

“I am a consumer, first and foremost,” he says. “When you are a consumer, you are able to make insightful creative solutions for clients, not just offer a report,” he says with a tone speaking from twelve and a half years of experience working in UK’s tough ad agencies.

“Knowing how the consumer behaves gives you the edge. You get to know other brands, too, and you can talk about every category and the whole industry,” he says.

He was part of the team that helped the agency become UK’s highest-ranking creative agency (Gunn Report) and won a number of Cannes Gold Lions during his tenure.

It is but no surpise the prestigious Campaign Magazine voted him as one of London’s Top 10 accounts men over the same period.

Harris joined Publicis as a trainee right after graduating from Lincoln College in Oxford.

Ripened by time, he became an Account Director at BMP DDB, one of London’s most creative agencies, handling Sony and FIFA, eventually being promoted to the board in 1995.

A lightning 72-hour visit to Manila last year made him decide to try something new: he joined BBDO-Guerrero as Chief Executive in July 2011.

Since then, the agency has never let up its winning ways, churning out award-winning campaigns one after the other and bagging important new business wins.

Over the last decade, BBDO-Guerrero has never relinquished its position among the top three most awarded agencies in the country.

The fact that the Philippine 4A’s (Association of Accredited Advertising Agencies) has repeatedly voted BBDO-Guerrero as the Best Creative Agency in the Agency of the Year Awards over the last 10 years excites Harris no end.

BBDO-Guerrero was also IMMAP’s (Internet and Mobile Marketing Association of the Philippines) most awarded ad agency in its annual Boomerang Awards last year.

In the 22nd Advertising Congress, the agency was Agency of the Year for winning the most number of “Araw” Awards.

Together with Chairman and Chief Creative Officer David Guerrero, whom he describes as generous, with an unflinching commitment and a joy to work with, he led a team that won the high profile Department of Tourism business in January.

Harris is profuse with sincere and kind words for his Filipino staff at BBDO-Guerrero.

He dotes on the agency’s bundle of pride, whom he describes as “faultless in their energy, have sense of purpose, drive and no sense of ego.”

“Advertising is the same, whether you are in Manila, Manchester or Moscow,” he says and “Filipinos are just as creative as anyone else in the world or even better,” he adds.

Harris says that at BBDO-Guerrero, everybody understands why the agency should work hard and why it should do great work.

“Nobody wants to do a mediocre ad in the agency,” he says. “If you don’t understand that, the agency isn’t for you,” he points out.

His most nerve-wracking experience was when he, DG and the agency’s DOT team were called to Malacanang Palace to present the now famous: “It’s More Fun In The Philippines” campaign.

“The agency galvanized together and the excitement was bursting all over. We were the last agency to pitch for the account and we were very positive to win that business starting from day one,” Harris exults.

Indeed, it happened because Harris believed BBDO is a fantastic agency and network to begin with.

He is proud of the agency’s creative discipline. Harris speaks with sadness about agencies where people do not know where they’re going. “We must know our purpose and that is to be always the agency of choice by marketers,” he says.

Harris enjoys advertising and doesn’t like hierarchy in the creative process. He puts premium to communication, values openness and admires people who share their ideas.

He believes his agency’s advantage over competition is intelligent creativity, a fact most of their clients believe. “We think of better creative solutions and making things happen,” he proudly says.

The British guy who loves to tell people that he’s lucky to be working in the Philippines is proud of the agency’s culture of creativity and effectiveness.

“We are effective because we act like consumers, not as advertising practitioners,” Harris says.

As a consumer, he frequently flew on an airline account, rode on a SUV brand, binge on dairy brands he had worked with to feel, imbibe and experience the real thing.

To dramatize the “It’s more fun in the Philippines” idea, the whole agency, around 90 people all, flew to Davao, instead of the usual trip abroad, to get a first hand experience on how it is to be in one of the Philippines’ most exciting and fun places to visit.

At the end of trip, the agency had one unanimous verdict: It really was, indeed.

“Being a consumer allows you to do advertising better. You become real and credible to the audience you are talking to,” he says. Well said.

Harris believes that advertising should be fun and simple. He makes a potshot at those who make things complicated and indulge in ‘over-analysis paralysis’ process.

What about strategic thinking? Is the agency spending too much time being creative and forgetting the art and discipline of marketing warfare?

How does he compare London’s advertising scene to Manila’s?

Harris admits that London is openly competitive, can be “parochially inclusive and almost ‘predatory”.

He describes Manila’s ad industry folks as welcoming, nice, warm and friendly. “Filipinos have that genuine desire to connect and express their collective congratulatory feelings, as typified by our recent wins in Cannes,” he says.

A very private person, Harris loves going around the city and has interesting collection of jukeboxes, complete with 45’ vinyl records.

With his limited spare time, he plays bass, guitar and keeps strange hours in an effort to keep up with his beloved Newcastle United playing in the English Premier League.