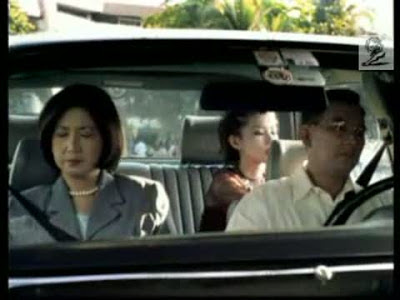 They may not have won awards or may have won some but the fact remains: many people loved them when they were launched and still talk about them many years after.

How does an ad become memorable and what makes it as such?

Do the ‘cab test’ and listen to Jeff Goodby.

Goodby, who? Jeff Goodby is the other half of Goodby, Silverstein and Partners, one of the world’s most creative and, note the word, effective, ad agencies. He just did a high profile tv commercial for a US President Barack Obama.

Goodby’s ‘cab test’ is a piercing look into the real market. In his stinging Ad Age article, he called some sectors in the ad industry as “irrelevant award-chasers.”

“When you get into a taxi and tell the driver that you’re in advertising, and they ask whether you’ve done anything they might be familiar with, what have you got to say?,” he said.

Goodby continued his rebuke saying “Majority of things we’re rewarding as an industry are either small or marginal efforts for legitimate clients. We’ve created a system that rewards work that is increasingly unknown to anyone outside the business.”

He has a point. Indeed, the taxi driver, the man on the street, the housewife cooking “Tinola” for her family at home, students burning the midnight candle, the blue and white collar worker, market vendors - the consumers as a whole, determine which ads are memorable. Not the award judges.

“Commercials are memorable because they can stand the tests of time. You don’t get bored seeing them again and again because they are able to connect to you,” says a well-known creative director.

Would you remember the ads you saw last night three years from now? Probably yes, probably not.

“A memorable ad is seen by a great number of people. What’s a great ad if only the creators and insomniac people saw it”, says a university communications art professor.

Ad agencies have different formula for making memorable tv commercials. When you look at them closely, they’re all one and the same, only the jargons vary.

Here are a few examples, the yardstick, to which their ads are measured:

Does it deliver the ROI (relevance, originality, impact)? Is it disruptive, does it imprint the lovemarks, create humankind advertising, extraordinary, focus on the product and nothing but the product, resist the usual, rise above the clutter, etc.

A memorable ad is simple, but not simplistic. It should immediately engage with the audience it is talking to within a few seconds.
It can be understood by the world, even if it is culturally unique. It has a universal appeal.

A memorable ad makes you smile, you learn a new insight that no one has told you before, expressed in an unusual way.

“One cannot pull a heartstring if your ad is irrelevant,” says a top marketing guy. “An ad without emotion cannot bond with the audience,” he adds.

Having said those, Sunday Biz recaps the most memorable Filipino ads based on a 10-month research. The criteria for being memorable are based on both creativity and effectivity. It is not one without the other.

Before it became the first Philippine tv commercial to win gold in Asia’s toughest award competition, “Lolo” was already a favorite among millions of Filipino tv viewers.

People still remember Karen, the grand daughter whom her grandfather oftenly mistakes as Gina. Memorable for its simplicity and big idea, the burger-slicing scene was heart-tugging and made people cry.

“I like the commercial for several reasons,” says University of the Philippines College of Fine Arts Associate Professor Mitzi Reyes.

“It touches the heart to see this heartwarming scene of the grandfather showing his love and care for the granddaughter despite his failing memory and Karen, showed her love by being patient, understanding and spending time with her grandfather,” Reyes says.

Reyes says the scene may happen to one’s family and watching the ad actually made her feel like watching her own father in his old age. “The scene is so real and the acting is natural,” she exclaims.

“A commercial becomes memorable when there is simplicity and clarity in the presentation, whether the approach is humorous, dramatic or slice of life,” Reyes says.

Brilliant copywriting. Beautifully-produced. Made like a Hollywood movie. The tv commercial dramatizes the product’s ease of preparation when perfectly-cast talents played roles as nuns doing their daily backbreaking duties. Spawned a series of ads that packaged a local brand as premium. Rose to the sales charts unchallenged.

If some people cannot remember this ad it’s probably they weren’t born yet at the time when it was at its all-time high, recall and purchase-wise.

For those who enjoyed it every time it ran on television, it was The Detergent Bar, bar none.

Literally stood out from a sea of boring tv commercials in the 80s for its visual design, verve, vitality and pride for one’s own.

When the agency pitched for this account, the client was so mesmerized with its idea it was handed the account in silver platter – just a few minutes after the presentation. If aired today, it would still give you goosebumps, the mark of a true classic.

A breakthrough campaign during its launched, when all telco ads were rational, features and price driven.
This charming commercial endeared many viewers because it was about real people.
Starred “a goth, rocker chick” as Maricel Arenas, former GM of the ad agency, describes the role of the lead talent.

As her parents wait for her to be driven to school, her mom couldn’t stand her messy room and rock music. But dad has a soft side and the “real” daughter who may look like a toughie actually cares for and loves her mom.

Over a pitcherful of San Miguel Beer, Marcelo orders “Inihaw na Pusit”, Domingo asks for “Kalderetang Baka” and Rico J, prefers “Crispy Pata”. Flash Elorde becomes the final arbiter and referee by making everyone settle for, you guessed it, a dishful of roasted peanuts.

Creative Guild’s Print Ad of the Year in 1997, created by last year’s Creative Guild of the Philippines’ Lifetime Achievement honoree Mario Monteagudo. Perhaps, one the most memorable Filipino print ads that came out in the 80s and still as witty as it is today. Penned by one of the country’s talented advertising men.

Parody on US President Barack Obama’s visit to Malacanang, excellent casting for both Obama and former president Gloria Macapagal-Arroyo. In a state dinner tendered by the latter for the historic meeting, Obama suffers indigestion.

Howlingly funny, outstanding script, and inspired direction, how can anyone forget this?

So irresistibly delicious you just can’t part with it. Seated on a bench at the park, a young man is about to take his last two pieces of Fita. From his left, a girl beats him to it and grabs it. He is left with the last piece but an old lady comes near him and wants it.

He is adamant but breaks it into two. Old lady turns into a beautiful fairy and rewards him with a wish. He answers, “sports car.” He gets it, an actual sports cut in half, loudly dropping from the sky.