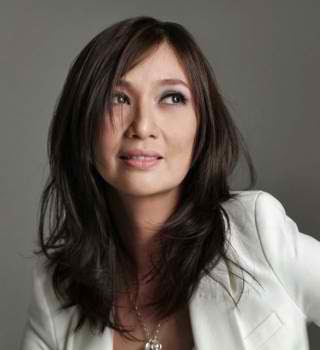 As of the latest count, the world’s population is a little over 7 billion, more than 6 billion of which are mobile phone users.

The top three users are China, India and the US. If you’re curious, the Philippines ranks number 10 (106,987,098), bigger than its human population, based on Wikipedia’s list.

Americans replace their phones every 22 months, junking some 150 million old phones in 2010 alone.

Do you ever wonder what happens to old phones when they die? In China and India, for example, people pile e-waste and burn it so they can extract gold, silver and copper threads inside, which they sell to recycling merchants.

In the Philippines, millions of old, analog phones don’t end up as toxic waste but are reborn to create a new brand of textbook to make Filipino children learn to read fast.

Credit an ad agency that collaborated with authors and publishers to refine school lessons into 160-character messages and a telecom company that programmed them into inboxes of thousands of inactive surplus sim cards. 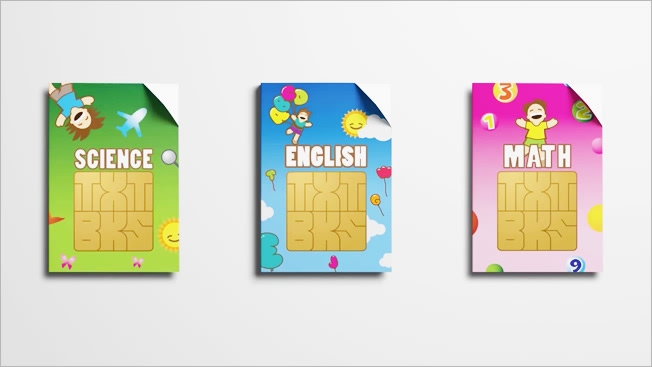 A simple idea that catapulted the Philippines to win its first ever Grand Prix Lion, the highest creative award in the world’s biggest and most prestigious international advertising festival, Cannes.

BF: How did you start in advertising?

MJ: I had my practicum at JWT - then in Magsaysay building along Roxas Blvd. Jun Alcantara, who was heading the internship program asked each one of us one question: “Which department do you want to join: Accounts, Creative or Media?” Clueless just like the rest, I crossed out ‘Accounts’ thinking it would entail a lot of math.

I also crossed out ‘Media’ thinking that would get me exposed to showbiz and I was just too shy for that! So I finally chose ‘Creative’. I knew it would be perfect because I draw and I write.

Here, I got to experience writing and even presenting to real clients. But only when Mr. Jayjay Calero chose my team for the best ad campaign for Kodak did it dawn on me that this was my future career. 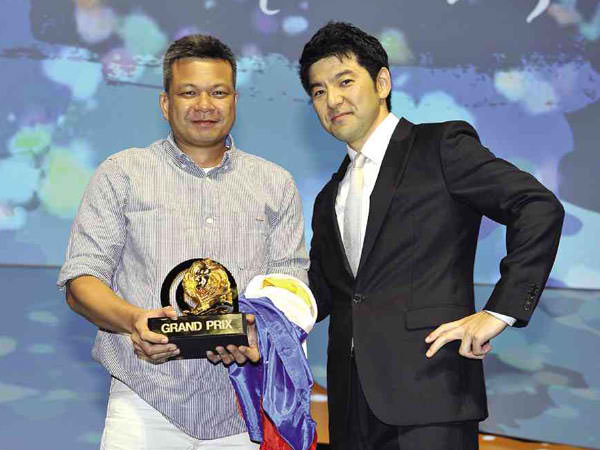 BF: Tell us about your early days in advertising, particularly Ace-Saatchi.

MJ: The day I was interviewed to be Mario Monteagudo’s partner was my most memorable. When I got in Ace Saatchi & Saatchi’s reception area in the old Rufino building, I noticed everyone was in high spirits.

In fact, there was a celebration. Then I gathered, there were creative teams who just came back from Bangkok and brought home the grand prize from their regional competition.

Mario, my future partner, was one of them. Seeing me sitting there, they called me and gave me a copy test: Their Bangkok competition brief!

After a short interview with Cid Reyes, which was so scary, I remembered Jimmy Santiago, the ECD then, telling me that I could bring the brief home to work on it.
Then something came over me. If I wanted this so badly, I should at least try to impress them. I demanded for an empty room, a pencil and some papers. I told them I’ll work on it that same day and will present before 5pm. I got the job.

That was 1989. It was also an Advertising Congress Year. I watched my creative colleagues endlessly go up the stage. It was the most inspiring feeling. I vowed to myself to learn, to work doubly hard and to catch up with these guys.

Under Mario’s guidance and patience, I won my first gold in the following Advertising Congress for Cocobank “Origami” TVC. That was the first time I felt I was truly “Saatchified”.

BF: To whom do you attribute your success, who influenced you so much?

MJ: Malcolm Gladwell would always refer our ‘training’ for excellence to “10,000 hours”. My “10,000 hours” for copywriting came from my 3 years with Mario Monteagudo. He was equally ruthless and fair.

He continuously pushed me to write the perfect headline, body copy and punch line everyday. It was absolutely impossible to be mediocre around him.

When a line isn’t funny enough or when a story isn’t memorable enough, you’re dead. So, I would always make sure to come up with something that will blow him away. And, if he saw an idea to be a very good one, he never hesitated in giving me the credit for it.

My “10,000 hours” for art direction was with Melvin Mangada. He was probably the country’s best Art Director. He had such a sharp eye that nothing-absolutely nothing escapes it.

Headlines too big, fonts are too playful, photos need more re-touching, and layout should be simpler. He had a flair for ideas perfectly executed.

My “10,000 hours” for leadership was with David Droga. I’ve never met a more charismatic guy. He was the type of leader who was so humble that he wanted all his teams to shine more than himself. Of course, that was a bit impossible in his case. He taught me how to bring out the best in everyone.

BF: How do you begin doing an ad, any mental ritual?

MJ: The brief is very important. I tell my creatives this every single time. First, when a brief is very complicated - with the message buried or has so many layers, my mind literally shuts down. So, it’s only natural that I give my inputs or will even re-write it if need be. It has to inspire us creatives.

Take note “involve” and not simply reach or create awareness. With digital, ambient and events, we try to stop thinking of conventional ways to ‘involve’ the target market. Then I open a bottle of red.

BF: Who is Merlee Jayme as a private person?

I’m a wife to Timmy, an ad agency COO. Our bonding time is usually an early morning run. We’ve joined 21k runs and love running in different parts of the world. On Friday nights though, no run can stop us from having a beer or two in a cozy bar somewhere.

Lastly, I’m a pretty religious person. Deep in my heart, I truly believe that He can give your talent today and He can take it away anytime, too. So I don’t take things for granted. I thank Him greatly for every award we win and for every pitch we lose.

I also make sure I come home in time to pray with my daughters before bedtime. 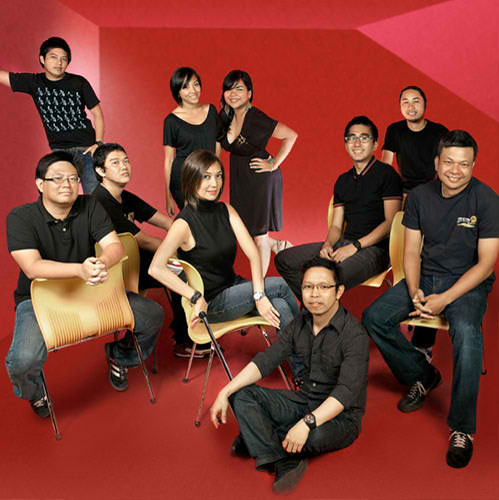 BF: What is your style of management?

MJ: They call me the “Chairmom” of DM9. Honestly, because that’s how my management style is, a little bit of a disciplinarian, hands on, and very nurturing. I am also very protective. Nothing angers me more than my DM9ers being treated badly or unfairly.

I also believe in leading by example. I take accountability to heart. So I’m never afraid of getting my hands dirty. I write, I board, I brainstorm, and I attend shoots. I come in early and leave late if I have to.

But being a creative myself, I have to say I have my usual “crazy” and “just want to have fun” moments. I come up with the weirdest ideas for agency team building, wear outrageous costumes and party hard.

BF: Now that you have achieved a Cannes Grand Prix, where do you go from here?
MJ: How I wish I could ‘rest’ a bit. The Cannes Grand Prix is simply a proof that we are on the right track in helping create change for the country and the world.
So, we have to continue on. We still have a big task ahead.

BF: Is there a formula in winning Cannes?

MJ: There are tips to make sure your entry is going to be understood by different nationalities. But I don’t think there are formulas, only great ideas. Every year, Cannes surprises us.

BF: What drives you as person and as Chair of DM9?

MJ: Maybe seeing my name on the door everyday makes me feel 100% responsible for so many people and the work.

As of the latest count, DM9’s has extracted the most precious metals from some of the world’s major award shows. No other ad agency at same age has achieved in its entire 8-year history. 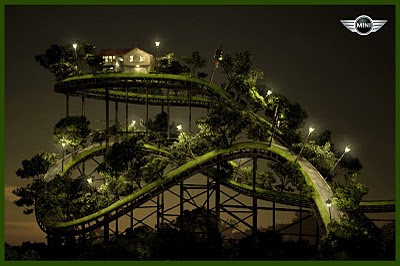 2009
Campaign Brief Philippines Asia Agency of the Year
2010
Bestontv.com Ranked no. 9 in the world, and only Asian agency making the list 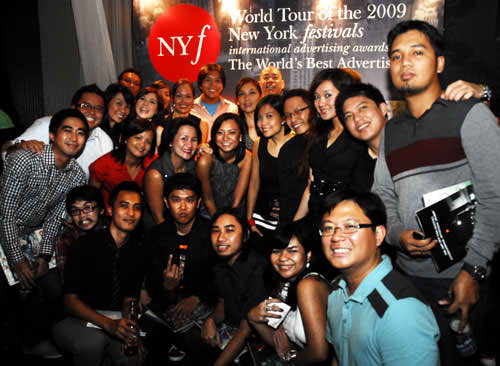 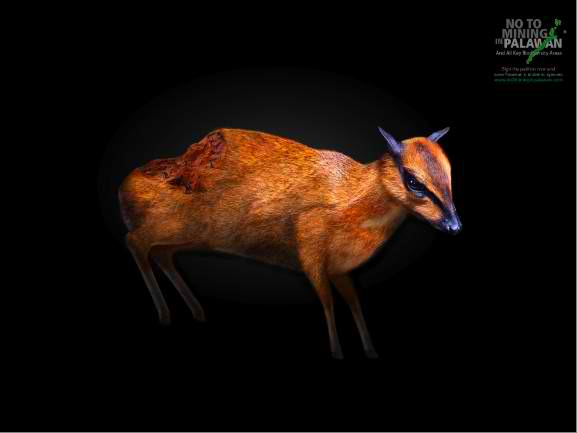 DIGITAL ASIA FESTIVAL:
Gabriela "Bury the Past" - GOLD, Best Use of Social Media

‘Bury the Past’ GOLD,
Gabriela

Best use of social media

Best use of social media 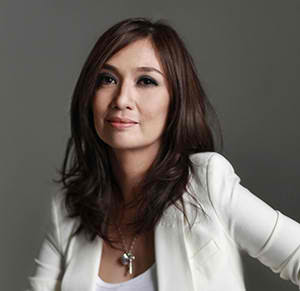