NEED A CELEB ENDORSER? LOOK AT YOUR PRODUCT. 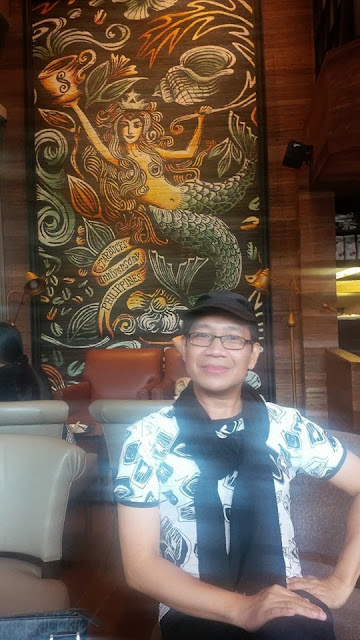 The product you are selling is the real star.

When celebrities are hot, the world comes to their doorsteps. When they’re not, nobody wants to touch them with a ten-foot pole.

That’s the law of advertising, especially when it comes to celebrity endorsers.
They move brands off the shelves, your brand future becomes bright (at least for now) and you smile, all the way to the bank.

Every marketer anywhere in the world lives by selling. Selling, especially in a very competitive market, can be tough. If the going gets tougher, some marketers opt for the easy way out. They knock on a celebrity’s door.

Businessweek calls celebrity endorsement a "borrowed equity", the term used to describe the value of a celebrity spokesperson.

“Borrowed equity is just that - borrowed. It may rub off on the brand endorsed, but in the long run, belongs to the celebrity. And one thing that celebrities should realize is, as quick as they ink a deal, they can quickly lose it in the wake of a scandal.”

Controversies have brought bad luck to celebrities that once enjoyed multi-million endorsement contracts. Among the high profile ones were those that involved Tiger Woods and Lance Armstrong. Their headline-causing scandals made their advertising deals dissipate into thin air, inch by inch until they disappeared.

Heard about Paris Hilton's tv ads for Carl's Jr? They got a lot of attention but not for the burgers she endorsed. They became “building blocks in Hilton's wall of infamy, while the sponsoring brand endured thousands of consumer complaints”, according to the business journal. 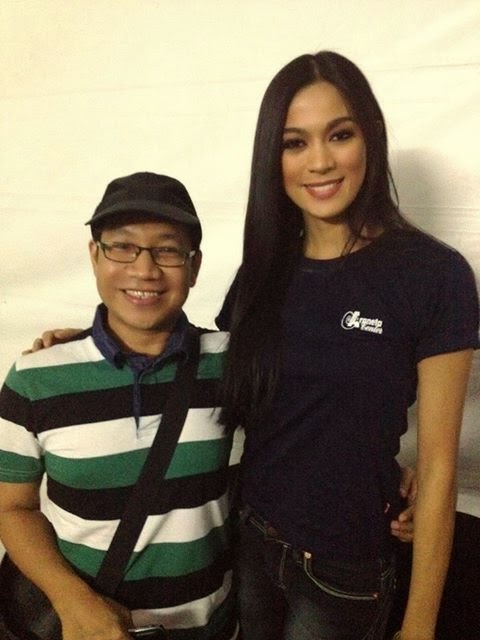 Manny Pacquiao’s magnet to advertisers prior to his stinging defeat to Mexican Juan Manuel Marquez was mindblowing. Each time he closed a deal, the windfall he got electrified his handlers. If he were an earthquake, his tremor would reach Intensity 10 on advertising Richter scale.

The world’s biggest sporting brand Nike signed Pacquiao up. Hennessy commissioned New York based ad agency Droga5, a multi-Cannes Lion winning ad agency, to do a tv commercial about his life, pushing him to the top of Forbes’ most sought-after global celebrity endorsers list. In a different celebrity ring all his own, no one comes close to Pacquiao, even after his last two controversial fights.

Who are the biggest Filipino celebrity endorsers then after Pacman? Inquirer Business Friday makes a survey and the Top 12 are:

1. Kris Aquino. The presidential sister is also one of the top Filipino taxpayers. Labeled as “Queen of Talk” and “Queen of All Media” you often see her endorsing products for many different brand categories.

2. John Lloyd Cruz. Sought by many marketers for his popularity, wholesomeness and boyish looks, aside from the fact that his movies are blockbusters.

3. Kim Chiu. Her youthfulness makes advertisers like her. She has made commercials for a shampoo, sanitary napkin, cola, fastfood, apparel, celfone and other for-teens-only brands. 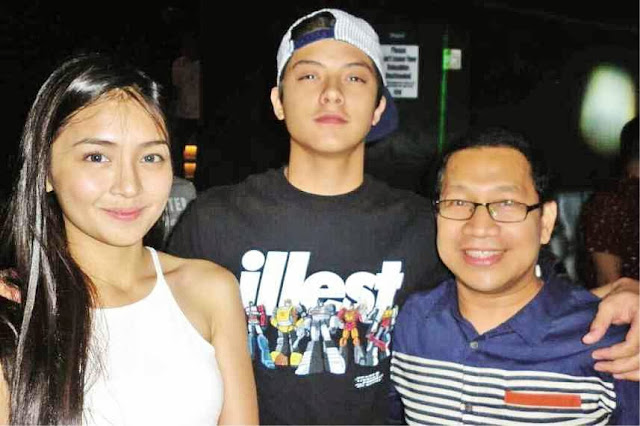 4. Piolo Pascual. This boy-next-door type is undeniably, one of the most pleasant celebrities to work with, according to people who have worked with him.

5. Judy Ann Santos. Endeared by millions of soap-opera fans. Young mothers can easily emphatize with her, a convincing endorser for food and household brands.

6. Anne Curtis. The Fil-Australian mestiza has endorsed many top brands and market leaders. She is the face of a leading shampoo, beauty soap, feminine napkin, celfone, condominium, watch, fastfood, bank and a premium apparel brand.

7. Sarah Geronimo. Name it, the talented singer and charming morena beauty can easily fill up the biggest concert venues in the country.

8. Carmina Villaroel. The very popular actress who started early in her showbiz career is a favorite endorser for mom-who-loves-what-is-best-for-her-family roles. Usually seen with her twins and husband Zoren.

9. Robin Padilla. When it comes to tough-guy roles, the ageless actor commands top-of-mind awareness among advertisers.

10. KC Concepcion. Marian Rivera. Two of the country’s most beautiful and refreshing faces are tied in 10th place.

11. Daniel Padilla. The young actor’s rise to popularity is phenomenal and his star continues to shine brighter. 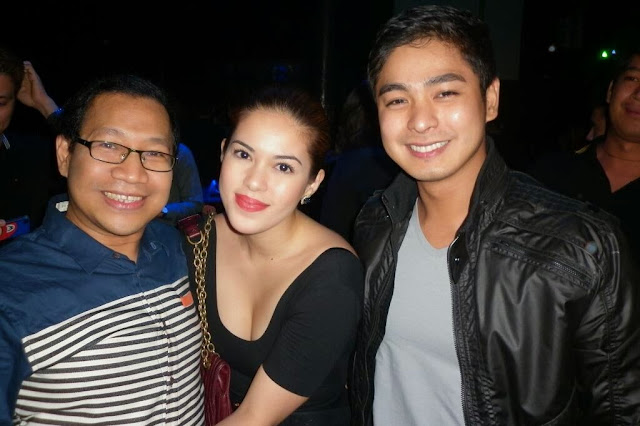 Why do celebrities jump into the bandwagon?

Philippines’ top casting director and star-builder Roly Halagao gives a good answer: “Advertising contracts are validation of a celebrity’s superstar status. It’s like receiving a badge certifying that you have arrived. Without it, you really haven’t reached superstardom,” Halagao, who also teaches at Ayala’s Masters School for Models, says.

The next question: Are top celebrity endorsers also top taxpayers? Not so.
BIR’s latest report showed that 15 of Top 24 endorsers for 2011 did not make it to BIR’s Top 500 taxpayers list for the same year.

Using A Celebrity: Pros and Cons

As many case studies have proven, Celebrity Right can immediately boost sales by as much as 20%, says Businessweek.

Anita Elberse, associate professor at Harvard Business School, says: “Celebrity-endorsement has the power to instigate and inspire, enlighten and enrage, entertain and edify the consumer.”

If using a celebrity is part of clients’ marketing strategy and you’re stuck with it, ask if the persona is relevant to the campaign. Probe deeper if he or she fits perfectly to the brand character they are trying to build.

A few examples: Nike's rapid success in the golf category was chiefly because golfers wanted to lay claim to the number-one golfer in the world. Of course, that was before hell broke loose and advertisers started distancing from Tiger Woods.

Rihanna's "Umbrella" song at the Grammy Awards was a big hit and her designs for Totes' umbrellas sold out like crazy at retail stores.

Halagao says, celebrity talent fees are expensive in the Philippines. “If you can afford a lot of money for the borrowed equity of a talking head, go ahead. But know that celebrities exist in public eyes, surrounded by nosey media. One embarrassing act can damage your brand,” Halagao says.

Businessweek mentions a chilling reminder: “Once you tie your brand identity to a celebrity, living or dead, you're hostage to that person's image.”

Your brand, the celebrity

So do you still need a celebrity endorser to sell your brand?

Instead of paying big amount of money for a celebrity that is already well paid, use that money for product research. 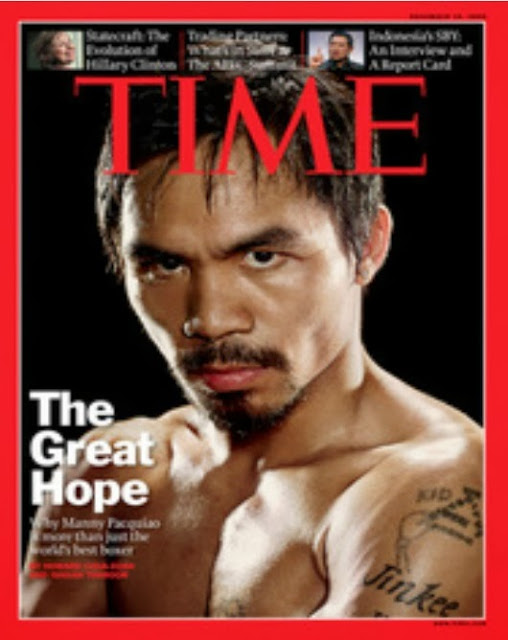 Invest on improving your product.
Make your brand more appealing to consumers. Don’t be lazy in creating your own original equity. Develop creative ideas that can cut through the clutter when advertising it. Demand more from your ad agency.

Study the business landscape and don’t do what competition is already doing. With these, who needs a celebrity endorser when your product already is?