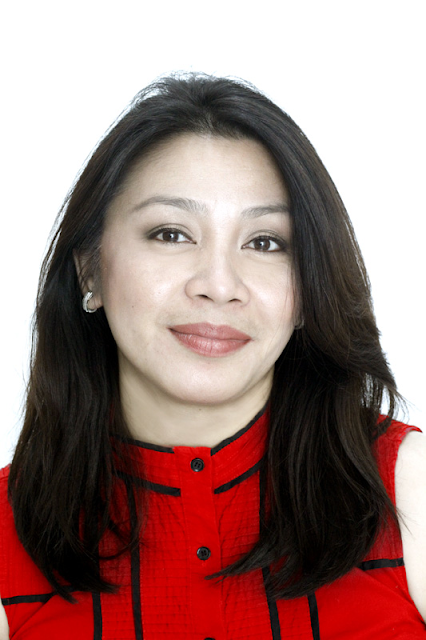 She is a weekend warrior who loves to cook and entertain people at home. In her profession, she would like her agency’s ads to win not only creative but also marketing awards.

Meldy Warren started with Campaigns & Grey in 1992. After twelve years, she moved to Kuala Lumpur and worked as Client Services Director for FCB Malaysia and as Regional Account Director at Malaysia’s most creative agency then, Saatchi & Saatchi Malaysia.

She came back to Manila in 2010 and was rehired by Campaigns. A year after, she co-managed the Digital and Events division of the agency and then eventually promoted to Managing Director of Neuron, the second above-the-line agency of Campaigns.

Why a second agency? Ong felt there was a need to set up another to service local companies who would like to enjoy the benefits from a multinational agency but who would have otherwise been shut out because of global alignments.

“It was also meant to cater to clients who feel they are not too big for big agencies. It is basically a boutique agency. We have our own accounts management and creative department,” Warren adds.

With less than 10 employees on its first year, Neuron had gross billings of 500 million, “a feat not a lot of start up companies can claim,” according to Warren.

Neuron was set up in 2006 by industry icon Yoly Ong, the first Filipino to judge in the modern-day Clio. Ong handpicked one of her best and brightest agency people, among them Boboy Consunji, who was initially appointed Managing Director, and industry creative goddess Ompong Remigio as Executive Creative Director.

Consunji was recently promoted as Chief Operating Officer of Campaigns & Grey after propelling Neuron to become what it is today, Campaigns’ most profitable ad agency.

With Consunji’s promotion, a vacuum was needed to fill. Warren was the perfect choice to be Neuron’s second MD, taking the reigns from Consunji.

Business Friday interviews Warren, the charming and affable career woman who has risen as Neuron’s Managing Director. She’s on her second term as Philippine 4A’s director acting as the association’s treasurer and very active in the 2014 Ad Summit Pilipinas finance committee.
She takes us to her career journey, management style and in and out of advertising’s frenetic world. 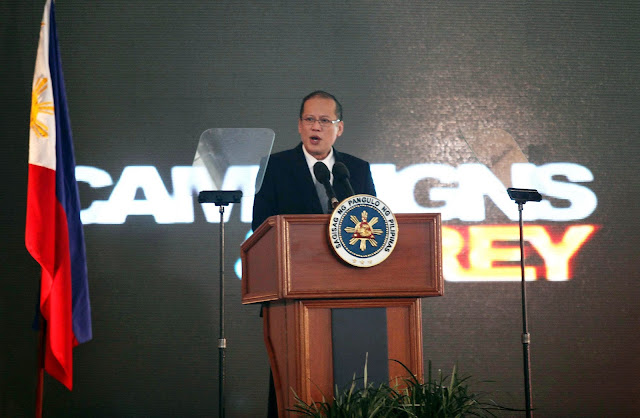 BF: Tell us how you started in advertising.

MW: It was not by accident. I knew I wanted to pursue a career in mass communications even while I was still in college, but I was more interested in production. Account management was a scary thought though. I had tremendous inferiority complex and I didn't think I'd survive servicing clients. I would have preferred to be on the production side.

Anyway, I did not start in advertising right after college. The first real offer came from a fastfood company and I worked as one of the shift managers. Pay was significantly higher than the regular starting salary range so I grabbed it.

After a year or so, I got bored and started distributing my CVs in ad agencies. One day, my best friend tipped me off that the agency she was working with was looking for an account manager. I took it even if I had to take a pay cut since I was going to be hired as Account Executive and I had to still go into a training period.

A number of my first clients were Nestle and Time Magazine and I serviced these companies for three years before I moved to my second agency, which is Campaigns & Grey, Campaigns Universal Inc. when I joined but eventually became Campaigns & Grey when we changed foreign partners.

BF: Who influenced you most in your advertising career?

MW: Hmmm… nobody really influenced me to pursue a career in advertising. It was a conscious decision I made. I thought it was a glamorous job where you are able to meet and talk to a lot of people from all walks of life. It is an industry where you can shape people's minds, give them choices, change their way of thinking and looking at things so they can have a better life or aspire for one.

But in this business I'd say my biggest influence was Yoly Ong, our group chairperson, very principled in everything she does. She's a visionary and makes sure there's a bigger purpose in whatever she does. She inspires and drives us to excel and ultimately to become our better selves.

BF: Your mentors in advertising?

Liza Ocampo, Zannie de Guzman, Yoly Ong, Gi Gatchalian were all my bosses. The first two taught me the rudiments of good account management, basically good housekeeping and client relations, Gi in communications strat and planning. Yoly is a mentor not only at work but also in life. She teaches us how to be critical and discerning and guides us in our decisions.

BF: Did you ever think of making it to where you are now?

MW: That was the goal. You never really dream to stay where you are. You want to see how high you can go and how far. 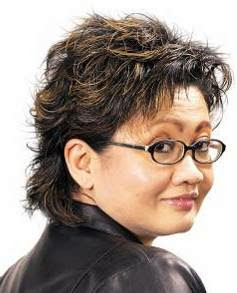 BF: Your formula for success?

BF: What kind of a boss are you?

MW: I am a combination of boss personalities. I would like to believe I am a mentor. I am someone who basically empowers and inspires my group to do its best and work to help them reach their full potentials. Every one is talented and you just need to unleash that.

I delegate when I find it necessary, supervise minimally and make the people responsible for their decisions.
As much as possible, I let the group members participate in the decision making process so that they feel relevant, useful and committed to the goal.

Authoritarian style is used only when I train newbies. But once they've grown into the role, leadership style shifts.

BF: What's your philosophy in life, how do you apply it as a boss and running an ad agency?

MW: I'd like to quote Bohdi Sanders from the book the secrets of wordly wisdom: "Focus in making yourself better, not on thinking you are better."

Appreciate what you are right now but believe that you can be greater.

In this very competitive industry, agencies have to keep evolving. The playing field is changing, client demands are tougher and competition is stiffer.

MW: I want Neuron to be recognized as one of the best in the industry in bringing fame and fortune for our Clients.
Not only will we deliver advertising that builds business, but also campaigns that guarantee brands will last for a long time.
I want it to be winning marketing awards aside from creative awards.

BF: If you are going to run the 4A's what are the things you’d initiate and implement?

MW: Digital agencies should be part of 4As because we basically do the same thing. Only our platforms are different. They should also standardize fees so that more agencies will survive. The currencies are creativity and cost efficiencies instead of lowest cost. 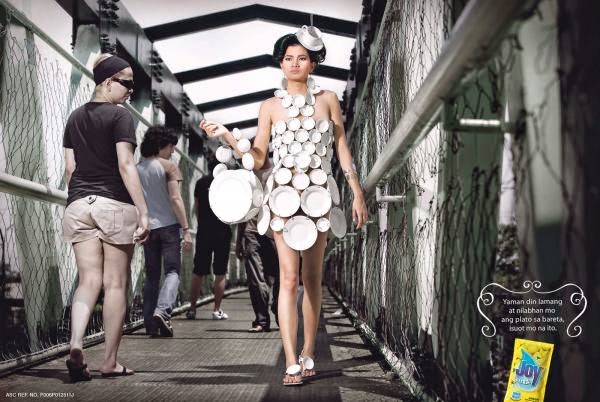 MW: Creativity is being able to find brilliant and smart solutions to what is seemingly impossible to achieve, using past experiences, common logic, and most importantly, wild imagination. Without knowing it, all of us exercise creativity in accomplishing even the simplest of tasks.

For example, a little boy's mind will try to find solutions to reach a toy on top of cupboard much taller than him. Creativity is being able to perceive things in different ways, finding connections to create a new reality. A cook or a chef is a creative person.

BF: Name one problem in the ad industry and tell us how you'd want to solve it.

Dwindling advertising income, higher demands. Wild idea, how about we go back to 15% and 17.65%, merge all the services in one agency again?

BF: Who is Meldy Warren after office hours?

MW: I am a mother of two grown up kids. I enjoy cooking and entertaining people at home. I earned a diploma in Culinary Arts from the International Hotel Management Institute Switzerland, Malaysia campus in 2010. I would have wanted to pursue that new career, but advertising beckoned.

I am a very simple person who likes to enjoy weekends with family, which is rare lately but I am not exactly complaining.

My children are all grown ups and they spend less time in the house anyway. So it's beginning to feel like an empty nest. Work certainly makes it less lonely. I love doing housekeeping and I look after the household, cook and fix things around the house.