DON'T GET 'LOST IN TRANSLATION' IN AMERICA

In her work, the phrase ‘lost in translation’ is a no-no.

Filipina Medy Beroy works as an independent legal and medical interpreter in Georgia, USA. As an interpreter, she listens to what her clients say and translates them to another language so that legal or medical procedures are translated accurately without losing their meaning.

In layman’s language, legal interpreting involves cases that are heard between a judge or hearing officer and the defendant.

Medical interpreting obviously is, when it is done in hospitals, clinics or other medical facility involving health practitioners and their patients.

Because of the big number of foreign-born residents in the US with limited English proficiency (37.5 million, based on current Census Bureau statistics), the demand for interpreters has become a necessity.

As a result, interpreting agencies in America have mushroomed, providing readily available professional and court-certified interpreters.

As for Beroy’s case, she gets calls around the US and as far as London, to do interpreting jobs. As an interpreter for both disciplines, she must not only speak the language of what a client needs, she must also interpret its nuances intelligently.

Beroy does it either face-to-face or through remote telecon. Her interpreting job may include collecting unemployment benefits, activating clients’ health insurance plans to doing mundane tasks like fixing telephone connection problems, among others.

Prior to her job, Beroy worked as a caregiver for the elderly and disabled. “I had a soft spot for them,” she says. Her patients were rich men and women who started out as ordinary people and ended up being successful.

“I learned a lot from them. They also brought me to places that otherwise I won’t be able to see,” she narrates. But health issues forced her to stop what she loved doing and had to reinvent herself as an interpreter. 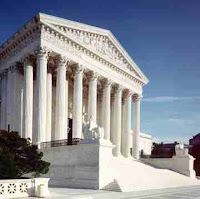 When she migrated to the US in 2009, transitioning was very hard for Beroy. She was a department head in the Philippines with the power to hire and fire, yet had a hard time getting a decent job.

While domestic helpers were common in the Philippines, housekeepers were expensive in the US. Only the rich could afford to hire them. Out of need, she learned to clean the house, tidy up and cook.

As former head of a provincial PESO (Public Employment Services Office) that deployed local and overseas workers, Beroy felt bad about the diaspora of Filipinos but accepted it as a fact and a reality, noticing that her ‘kababayans’ with spouses, children or siblings abroad have better quality of life. 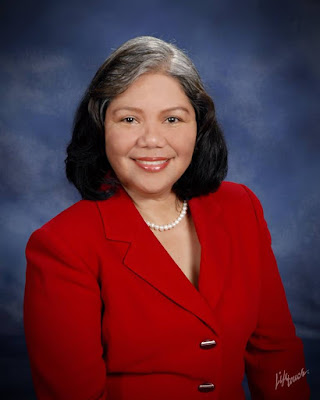 In her former place of work back home, she laments how her colleagues slowly became powerless to fight cultures of impropriety. “They have eventually succumbed to the pressure just to keep their jobs.

I didn’t want to place myself in a situation where I would be swallowed by the system. So I got out when I still could,” she recalls.

Her brothe Bong is a musician, Jhie, a navy serviceman and Dominic, a talented comic and skilled welder. She and Fr. Peter went to kindergarten at St. Joseph Academy and they all studied at Cuyo Central School.

They all finished high school at St. Joseph.   Her parents came from generations of close-knit and religious Catholics who practiced simple living, nationalism and ignored the trappings of material wealth. Her father was a lay minister while her mother was a church organist. Her earliest memory of her family was tagging along with them in church and singing in the choir. She lived a sheltered, decent life in a community where everybody knew everybody and almost everyone was a relative.

Beroy was studying at University of Santo Tomas when martial law rule was getting worse. That period opened her eyes to a startling awakening: “We don’t only think and live for ourselves, we also need to be concerned with issues affecting our country and our future.”

While in college, she actively joined rallies at university belt in Manila. Not amused, her landlady would inform her parents and the latter would in turn, cut her allowance off and ask her to return home.

Determined, she instead looked for a job, underwent training on sales and marketing and got hired as a field demonstrator. She worked hard to survive.

“Earning my own money gave me the power to focus on my career. At age of 19, I was already a Division Manager with three units of people working under me,” she recalls.

Worried about her safety in the looming political storm, her father wrote her once again and begged for her to come home. Homesick and scared being a college dropout, she went back to Palawan and enrolled at Palawan State College, now a university, on a scholarship program.   But a major blow happened to his family after the EDSA revolution. Her father lost his job even after faithfully discharging his duties and responsibilities as a government employee for 23 years. “It all went down the drain and I could not forget his bitterness,” Beroy remembers.

That left her supporting herself, as a singer at a local restaurant at night while attending school at daytime. Little by little she started standing on her own two feet.

She was soon hired as a casual clerk at the National Power Corporation and worked at Palawan Council For Sustainable Development Staff (PCSDS) from 1991 to 1999 as Project Development/Human Resources Development Officer III.

She then got a scholarship grant from the Civil Service Local Scholarship Program where she acquired her Masters in Public Administration degree in 1996. In 1999, she was hired as Chief, Manpower Development Officer at the provincial office, first as assistant, then as head of office.

Care for the environment has since been her advocacy for many years. Why does she think it’s worth fighting for? She tells her story:

It started in 1990 when Palawan Integrated Area Development Project Office (PIADPO) was phasing out. Worried about lack of security of tenure in my job at Napocor, I joined a play, “Kung Hindi Ngayon, Kelan? Kung Hindi Tayo, Sino?”


That very successful play tackled issues on illegal logging, illegal fishing, kaingin (slash and burn farming) as well as mining. The message left a lasting impact on my mind. Shortly after, I joined some local people to lobby for the passage of R.A. 7611, aka Strategic Environmental Plan for Palawan Act. It was passed into law on September 19, 1992 before President Cory Aquino finished her term,” she recalls.

When Gen. Fidel V. Ramos became president, Beroy continued to write news reports and did environmental articles for a local newspaper.  She was then assigned to the Secretariat where she transcribed and prepared volumes and many minutes of the meetings.  She heard the pros and cons of environmental protection and sustainable development efforts from technical experts and powerful businessmen who wanted to invest in Palawan. 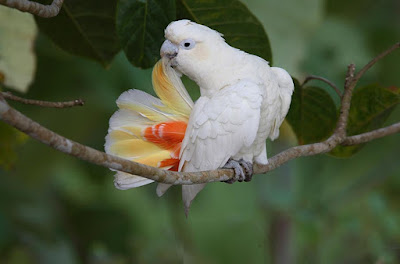 She learned to appreciate Palawan’s beauty and rich natural resources and realized the serious threat of losing it if abuse will continue and people not take good care of it.

As a Pinay working abroad, Beroy thinks she can be effective with her advocacies even if working away from home.

“I’d rather write about my advocacies than do nothing at all. When Jose Rizal went abroad, he wrote. He didn’t organize or lead a revolution. Yet, he influenced the world with his writings. He is also our national hero.

She believes in the sayings: “The pen is mightier than the sword” and “The only thing necessary for evil to triumph is for good men to do nothing.”

I’m nothing compared to these great men. But I’d rather write about the things that would benefit Palawan, if not today, at least someday. When God calls me back home in His time, I could say that I used my gift of singing to sing in the church choir and my gift of writing to help awaken our people to protect Palawan’s environment. 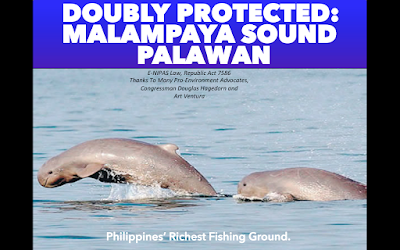 Beroy notes that the more serious issue here is the brain drain. “Most brilliant and highly skilled Filipino professionals have gone out of the country to work abroad.

They are known all over the world as God-fearing, hardworking, loving, patient, understanding and most of all, resilient in times of adversity,” she says.

Beroy says there are many definitions of success. When she moved to the US, her goal was to support her kids until they finished college. She wanted them to become well-rounded kids who are God-fearing, honest, responsible, kind and be able to survive and make it anywhere in the world.

“My daughter has graduated in 2013 and now working part-time in Sweden. As a mother, I could only guide them, support them and be there for them when they need me. But I don’t impose my will on them,” she intimates. 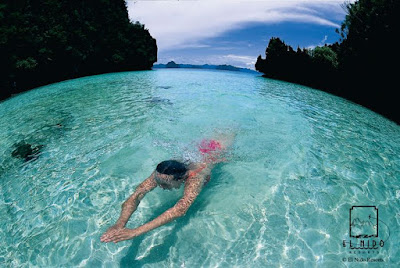 If given a chance to have an audience with the President of the Philippines, what are the burning things she would like to tell him and act swiftly on? “Graft and corruption in the government. The scandal reaches from the highest echelon down to the lowliest clerk.”

Environmental protection is also close to Beroy’s heart. “The Philippines is rich in natural resources and blessed with beautiful islands. If we focus on protecting the environment, the day would come when majority of the Filipinos would become happy, peaceful and prosperous,” she says.

The three things she would like to happen in her hometown: 1. God-fearing and honest people elected as public officials. 2. Drug problems and all sorts of illegal activities eradicated. 3. Positive investor atmosphere that would also protect the environment and its own natural resources.

Who is Medy Beroy as a person? She replies: “What you see is what you get.” She misses the Philippines and can only say the following to her fellow Filipinos: 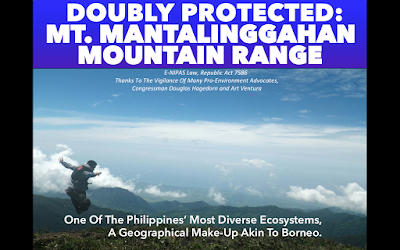 “The Philippines is our country, the earth is our planet. We have to start thinking that we only have one planet.

We need to love and take good care of each other.   If you were rich and God has abundantly blessed you, focus on doing philanthropic deeds.

Do not squander your money on the latest fashion, collecting cars, yachts and mansions while people around you are collecting and eating garbage, homeless and living like rats in hovels. If God blessed you as a talented musician, write music that would praise God and help our people. If you were a scientist, do some research that would help protect our environment.

What I’m only pointing out here is that whatever talents, skills or gifts that God blessed you with, use it not just for yourself or your family, but for the good of your community and your people.”
Posted by Roger Pe at 2:14 AM