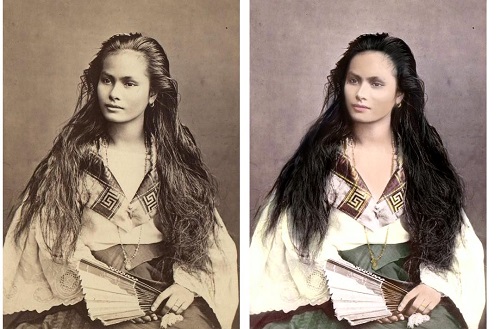 Melanie Caabay lost her husband from a vehicular accident in the late 1990s. When two of her four children were about to go to college, she had no recourse but to accept a domestic helper job in Hongkong. She moved to Singapore after three years, stayed there for five years, and eventually made it to Europe when a foreign diplomat brought her to Italy.

Compared to most Filipinas, Caabay is comely and makes an extra effort to look presentable, even if she does not need to go out of the house. For her, it is an important to look good because it makes her feel good. It was probably one of the reasons why her employer brought her to Rome.

Her earlier days as a domestic helper were tough. Because she was dark-skinned, she had to endure being discriminated upon, and often times, on the receiving end of conscious racial slurs.

When she had extra money, she would stash away troves of skin beautifying creams from Manila. Not only she used them herself, she also resold them to a network of fellow Filipina workers with a few mark-ups.

Today, she is far from the girl who first ventured in Hongkong, largely unsure of her future. She has learned how to parry insults and disarm those who are prone to making side remarks about her color. By investing on self-improvement and looking good, she has regained her self-esteem and built her confidence. And quite noticeably, she is fairer in the way she looks now.

On her day-offs and whenever she gets invited to Filipino gatherings, Caabay would share her past to her ‘kababayans’ for them to draw inspiration from. She knows for sure, countless of them have encountered or still experiencing varying degrees of racial remarks.

Many casual interviews conducted among women OFWs reveal startling insights. Some of them have found refuge, not in friends’ sympathetic arms, but in skin whitening creams. Unbelievable to some, but here’s a quote from one of them: “The whiter I become, the less insults I’ll get.”

Bizarre as it may seem, a closer scrutiny at a local drugstore chain validates the fact – a proliferation of skin whitening brands sold in most their branches nationwide, from Glutathione to Papaine-laced soaps, creams or capsules. They are also present in big supermarkets, catering to all socio-economic groups, even men.

Multinational brands, too, have joined the skin whitening bandwagon, spending huge money on advertising in promoting them. These do not count the countless beauty and facial rejuvenation salons that offer diamond peel and other skin whitening ‘magic’ to those who want to look as white as Snow White.

Preference for lighter skin remains prevalent in Asia, according to many articles written on the subject. A most recent survey conducted by an independent research group, noted that 4 out of 10 women surveyed in Hongkong, Malaysia, Philippines and South Korea used a skin whitening cream.

A report made in Malaysia concluded that three quarters of Malaysian men thought their partners would be more attractive if they had lighter skin complexion, a beauty standard they call the “Eurasian” or the "Pan-Asian look".

History of skin whitening in Asia dates back to ancient China, India and Japan, according to the report. “In ancient dynastic times, those with fair skin implied wealth and nobility as opposed to servants who labored outside under the scorching sun.”

Andrew McDougall of www.cosmetics design-asia.com noted that skin lightening has long been a trend in Asia and is set to continue to boost the global market in the next five years.

He said that the global market for skin lighteners is “projected to reach $19.8 billion by 2018, driven by the growing desire for light-coloured skin among both men and women primarily from the Asian, African and Middle East regions.”

He said, skin whitening products represent one of the rapidly growing segments in the global beauty industry, with manufacturers capitalizing on consumers’ desire for fair skin in these regions.

The demand for male skin brightening and lightening products is on the rise, too, particularly in Asia, according to McDougall.

“Growth in the market is to be driven by strong demand in Asia-Pacific, as the popularity of skin whiteners grows in the region, particularly in India, Japan, and China, where fair skin is associated with youth, beauty, and prosperity,” according to him.

“From our birth we are taught that everyone is equal but when I traveled to Asia and lived in Thailand, I was shocked to see so much “racism.” They loved whiteness. The whiter your skin, the better you were,” he said.

In most of Asia, particularly Korea, Japan and Thailand, dark-skinned people are looked down upon, McDougall says. “Everyone strives to be white. Every skin product has whitening in it and everyone stays out of the sun. It was the complete opposite for us in the West, where coming back from a vacation with a tan was always expected,” he said.

According to McDougall, Asian countries look down on dark skin because they don’t want to be perceived as poor. Historically, dark skin was associated with people who worked in the fields. “The upper class stayed indoors and under the shade,” according to him.

He also observed that “it’s good to be white in Asia where TV stars are white and models are white. Everyone is airbrushed until they look like ghosts. In Asia, dark skin is poor, white skin is rich. They promote whiteness because no one wants to be perceived as poor,” he said.

What about the Philippines? Business Mirror interviews a Pharmacist-Entrepreneur who has built a career in distributing quality skin and beauty products in the Philippines. 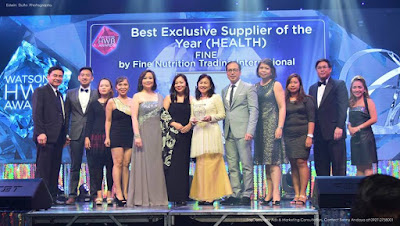 Why do you think Filipino women want to have whiter skin?

IT: Maybe it is a cultural thing. We were ruled by Spain for almost 400 years and Americans introduced Hollywood to us. White supremacy probably stuck and that became our standard for beauty. They also want to look presentable and be physically attractive just like our former colonizers.

Why is the skin whitening business big in the Philippines?

IT: That is because 49% of the 101.5 million of our population is female and 52% are working age. I should say there are 10 active brands and more brands are silently selling away without getting into advertising.

Will “white is beautiful” continue to be the norm?

IT: Sadly, yes, this has been perceived and acknowledged even in the next 10 years.

Why do some women spend money to look whiter, fairer?

IT: They belong to the rabidly beauty conscious group bordering on vanity. They are knowledgeable, risk-takers and have the money to burn and do regular beauty regimen daily.

What is your definition of a totally beautiful woman?

IT: She is a woman with a brain, not only with good looks. She speaks with well-chosen words, finesse, and most of all, has a good heart, as Miss Universe would say.
What interesting insights on Filipino women have you found in recent years?

IT: They know what are they looking for and will meet their standards in health, beauty and wellness. They will spend, if they can afford to defy ageing. They know innovative products that have whitening and anti–ageing ingredients like Hyaluronic Acid, Collagen and Pearl Coix Extract.

Are men similarly obsessed with having whiter skin?

IT: In our foray into research, it has given us more insights about men using skin whitening and anti-aging ingestibles. While women are our target market, we found out that men are users, too, and their number are quite large - 50%.

What is your business like and some of the challenges you face?

IT: There is an opportunity to grow the business since consumers acknowledge that ingestibles are more effective compared to topical products. However, we need to educate consumers. There are many challenges and learnings in setting up this line of business. But there are also a lot of opportunities. The nutri-beauty industry in the Philippines is in a nascent category and is considered a niche market. 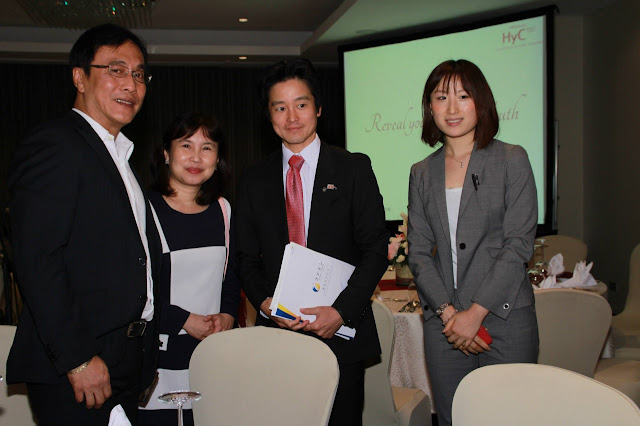 What is your philosophy in this line of business?

IT: I strongly believe in good quality that works. I have fundamental values towards health and beauty. Coupled with luck, we were chosen by Fine Japan as their vehicle to enter our country’s market. I find this as the highlight of my career.

How do you see the skin whitening business 10 years from now?

IT: Skin-whitening business will still be a trend 10 years from now. Consumers, in general, will want products that will make them feel good about themselves. If people feel good about themselves, we unleash their potential and they remain productive members of society. These insights tell us that it is important for our products to work and fulfill their consumer promise.